Columbia College sophomore Vivian Jackson shares a one-bedroom apartment in Hell’s Kitchen with her family. When Columbia went remote last spring, she struggled to attend Literature Humanities while her mother, a ballet teacher, taught plies and how to stand en pointe a few feet away from her laptop. While the commute would have been easy, the opportunity to have her own room, reliable Wi-Fi, and an on-campus job compelled her to live in the dorms this fall. As one of many students who requested on-campus housing this fall, Jackson identifies as a first-generation, low-income college student. On August 14, Columbia reversed its initial decision to bring up to 60 percent of undergraduates back to campus and instead opted for a semester entirely online. Only students who needed on-campus housing to “pursue their academic programs successfully” were provided dorm rooms; Jackson was one of them.

Venturing up to the 12th floor of Wien Hall in late August, Jackson moves into her new room. She has no suitemates like she did last year when she lived on the third floor of Wallach Hall; it’s just her and a few other students, spread out along the floor for health precautions. After settling down, she heads to the floor lounge and finds a few other students, some familiar, but all masked up and six feet apart.

Everyone’s chatting and getting to know each other. There are no in-person New Student Orientation Program mixers or city excursions to mingle. For Jackson, that is not needed. Looking around, she feels a sense of floor pride that was absent last year. Conversations quickly reveal that many of her floormates are also from New York or are FLI college students. She never felt as connected to her floor community as she does now.

“There’s so much less pressure when you’re with another FLI person, like you’re not worrying, ‘Is this person going to care about how much money I have or make me spend money to hang out with them?’ It does play a big role in social groups,” Jackson says.

The pandemic and extenuating circumstances that have compelled students to live on campus have unexpectedly created a campus comprised of mostly FLI students. Many, including Jackson, feel that this new campus composition has eased pre-pandemic tensions that FLI students faced while navigating campus social lives.

Normally, approximately 17 percent of undergraduates at the University identify as FLI. The Office of Multicultural Affairs provides some institutional support through spaces like the TGIFF Lunch Lounge or hosting FLI Town Halls, but outside of these resources, FLI students are left to make social connections on their own. Now that they are no longer in the minority on Columbia’s campus, FLI students have adapted to the rare opportunity to occupy more spaces on campus.

“I feel less self-conscious about how I interact with people or are perceived because there’s not a bunch of class indicators; I think about it less. I feel more comfortable engaging with the community now,” Joshua Steele, an FLI Columbia College sophomore, says.

There’s a sense of connection and comfort in seeing familiar faces on campus, Steele says. His circle of friends feels closer even though so much of the rest of the world feels isolated.

The version of Columbia that he’s familiar with—one where wealth or socioeconomic status is one of many factors that dictates social circles—is no longer as prominent as before. For some affluent Columbia students, a Saturday night might include going clubbing in downtown Manhattan, sipping $15 drinks—social opportunities that are not accessible to FLI students.

Columbia College senior Grace Bertelli believes that despite the circumstances, this year has benefitted the social lives of FLI students. “I don’t feel like I’m missing out on anything because what is there to really do?” she says.

Most pandemic-safe activities, like picnics with friends or running in the park, are relatively cheap to do, mitigating the anxiety associated with costs for going out. Instead, students feel more freedom to connect with each other and escape the all-too-familiar imposter syndrome that permeates Columbia’s social world. 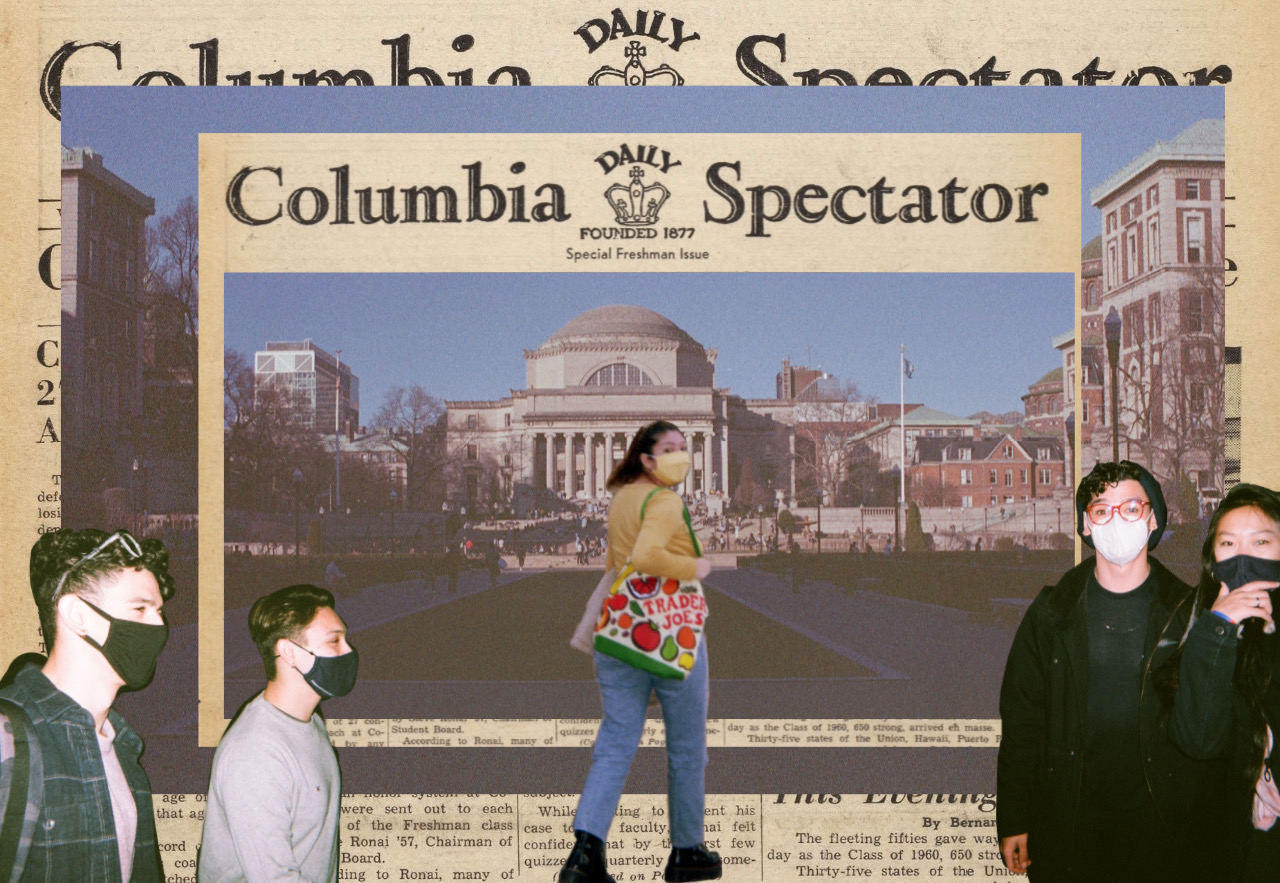 Most of Jackson’s social interactions occur with her Wien Hall floormates or with friends from last year who have returned to campus. Sometimes she and her friends talk in the lounge, socially distanced with masks on. Other times, they head to Morton Williams for snacks and study together or watch a movie.

Steele grabs meals from the dining hall with friends or longboards when it is nice outside. Before it got cold out, he would eat on the lawns or have picnics in Riverside Park. But the fact that many people on campus share the same physical spaces and identities does not mean that meeting new people has gotten much easier—socially, he mostly stays connected with his pre-pandemic FLI community.

First-year FLI students living in Columbia dorms are learning how to make friends as they go. Unlike their off-campus FLI peers, they have the opportunity to meet people in person, outside of the awkward virtual sphere. As the first in their families to attend college, their expectations of what normal college life should look like are not based on their parents’ experiences.

Most of Columbia College first-year Ashley Lopez’s neighbors in John Jay Hall share her experience of being FLI. ”I thought that going to Columbia was going to feel a little off because I didn’t have money to buy really nice clothes or a backpack, but because everyone [on-campus] has similar financial backgrounds, that was not a problem whatsoever,” Lopez says.

“I don’t feel ostracized about the physical things that don’t really matter,” Lopez added, sounding relieved. “I’ve allowed myself to relax, and I feel that that’s a privilege for most Columbia students, but really for the FLI community because we have a lot of societal pressure.”

Similarly, Columbia College first-year Anna Eggers feels less anxiety around hanging out and considering money in the equation. At the start of the semester, students created group chats to handle quarantine questions, decipher housing emails, and find friendship. Now, living in John Jay, Eggers has connected with floormates by offering hot chocolate and leaving a small Christmas tree outside her door to maintain a semblance of holiday cheer. They even had a small PowerPoint night for the entire floor, where people could look through the window and laugh while also maintaining distance.

“I feel like being on campus this year has definitely [been] a different experience. I feel like other FLI students from years before, because it does feel like we’re in this little community and all of us know that we have similar complications in our lives to where we need to be here. It’s kind of taken away some of the anxiety of being around a bunch of new people,” Eggers said.

Many first-years and beyond know that this community will not stay the same as more people arrive on campus.

Eggers voices concern over what a subsequent return to “normalcy” and old social spheres could mean. “There’s going to be a lot of adjusting,” Eggers says as she explains how she has yet to visit the north end of campus, which is heavily restricted. “We’ve learned as FLI students what college is in this capacity, but we’re still going to have to relearn what it is to be a college student. This year took everybody by surprise, but there are some people who might be better prepared for when things are back to normal than others.”

While the composition of those currently on campus may not look as it usually does, the FLI students there have formed a community despite the harsh realities of the pandemic. Looking ahead to a new year and post-pandemic reality, FLI students hope that the empathy and understanding among them can be fostered within the greater Columbia community as more students begin returning in the spring.