Fear of Missing Out: A First-Year Experience

Fear of Missing Out: A First-Year Experience 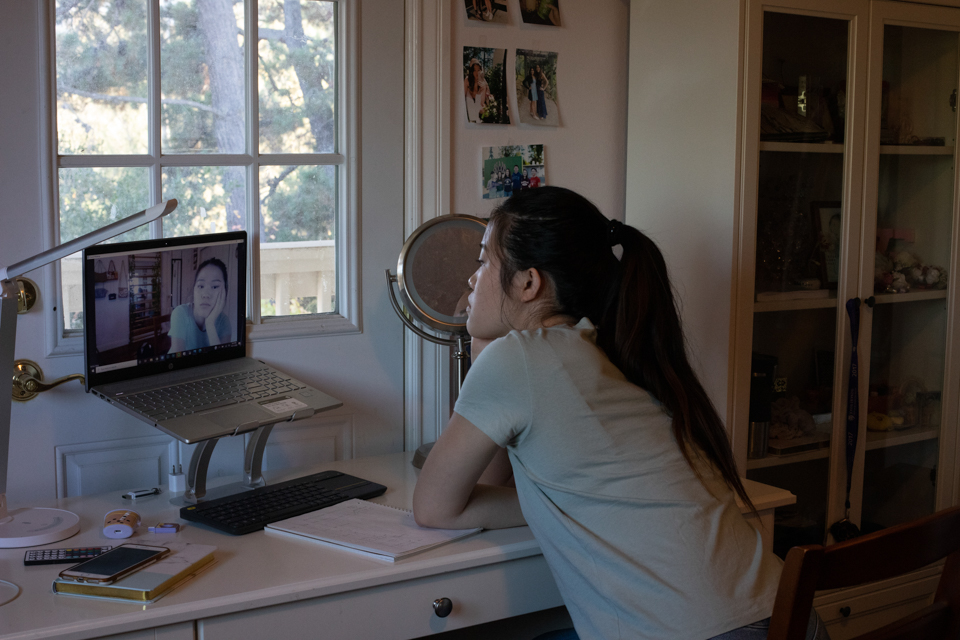 I had just finished packing my bags and was ready to board a plane to New York City. It was mid-August, and I was scrolling through my social media feed, filled with fresh faces that I had followed from the class of 2024 Instagram page. I remember telling myself, “Some of these people might even become your closest friends,” which made me feel excited and nauseated at the same time. Overall, however, I was looking forward to being able to meet these people on campus—in real life—even if it was going to be socially-distanced.

For me, the announcement of a virtual semester initially sent waves of panic about hotel and flight cancellations. This was followed by another wave of panic, which lasted for a good month into the semester. It’s what people today would call “FOMO,” or “the fear of missing out.” In my case, I was afraid of missing out on the in-person social scene that a fraction of the Columbia community seemed to be participating in and broadcasting on social media.

This past fall, in an attempt to understand how other first-years, scattered around the country and across the globe, felt about and adapted to the upheaval of their first semester in college, I reached out to four other Columbia first-years. Inspired by the jarringly personal FaceTime photoshoots from the Safe + Sound project by Willy Vanderperre and Alastair McKimm for i-D, I decided to capture a similarly personal reflection from college students taking classes in their childhood homes—how they adjust to college and cope with the pandemic.

Adjusting to the first year of college can be challenging while getting acclimated to a new environment, taking difficult classes, and making new friends. This hasn’t changed, but now it’s happening virtually. Making connections takes a new form during the pandemic, with work, school, and social events happening on Zoom. 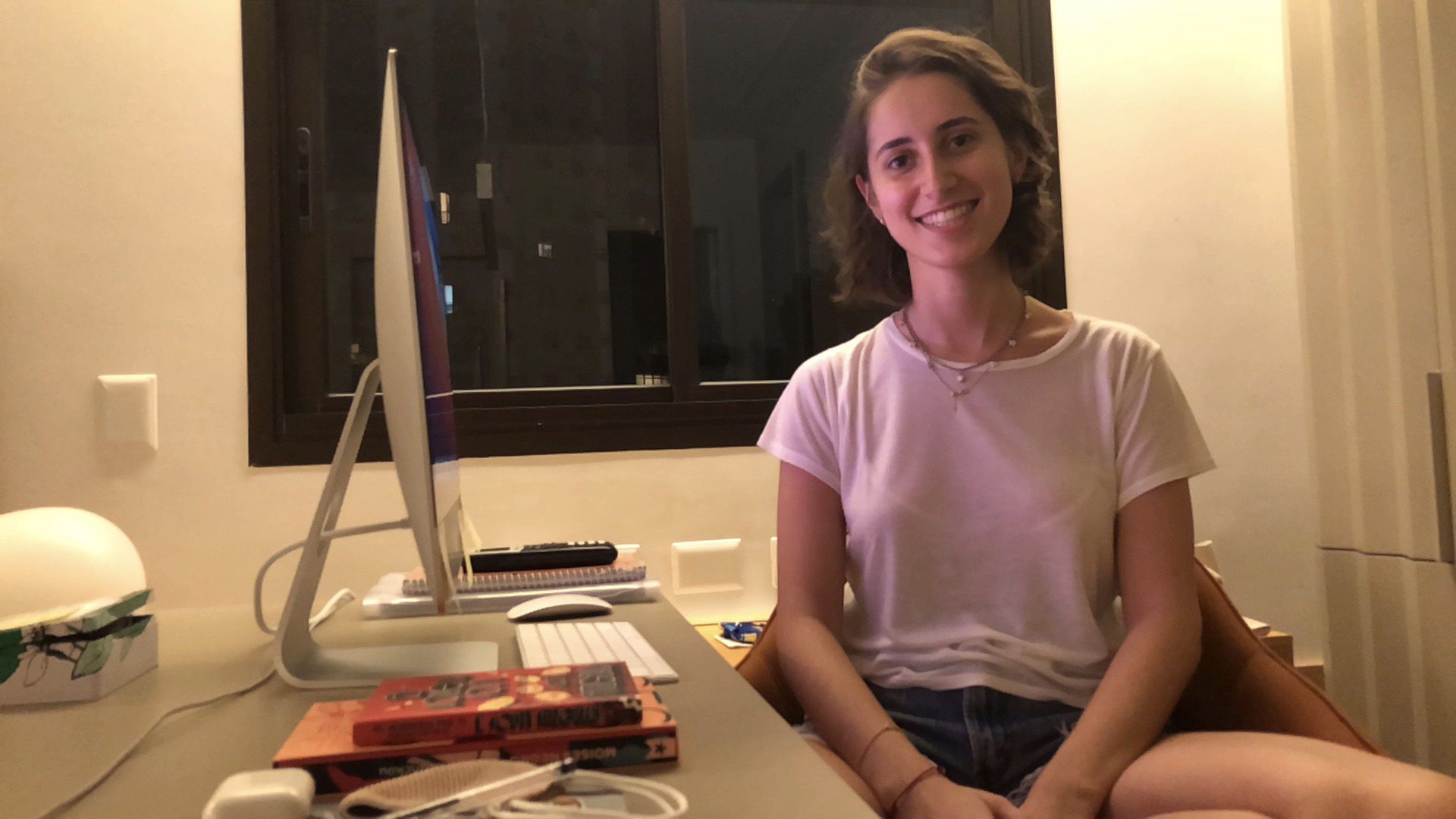 Sofia Bavaresco, a Barnard first-year, is currently taking classes from Sao Paulo, Brazil. With only a handful of other Barnard students living in Brazil, Bavaresco says it has been challenging trying to establish a connection with the Columbia community. 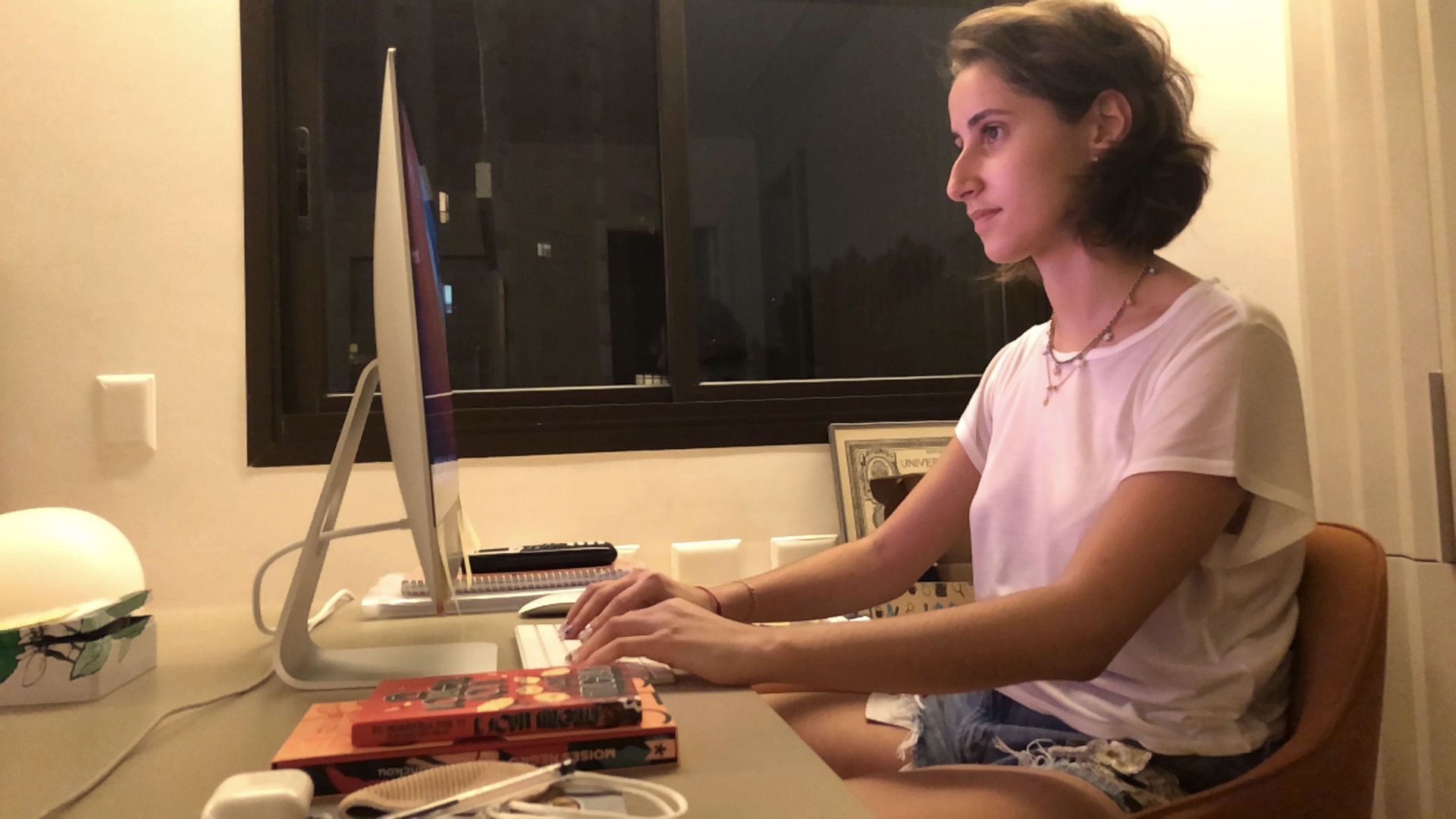 “And there have been moments where I felt like that, where I see people able to move to New York and meet people there, but as an international student and a freshman, it’s very hard to even do that,” she said.

Given the pandemic’s travel restrictions, the prospect of even going to campus as an international student is riddled with visa complications. 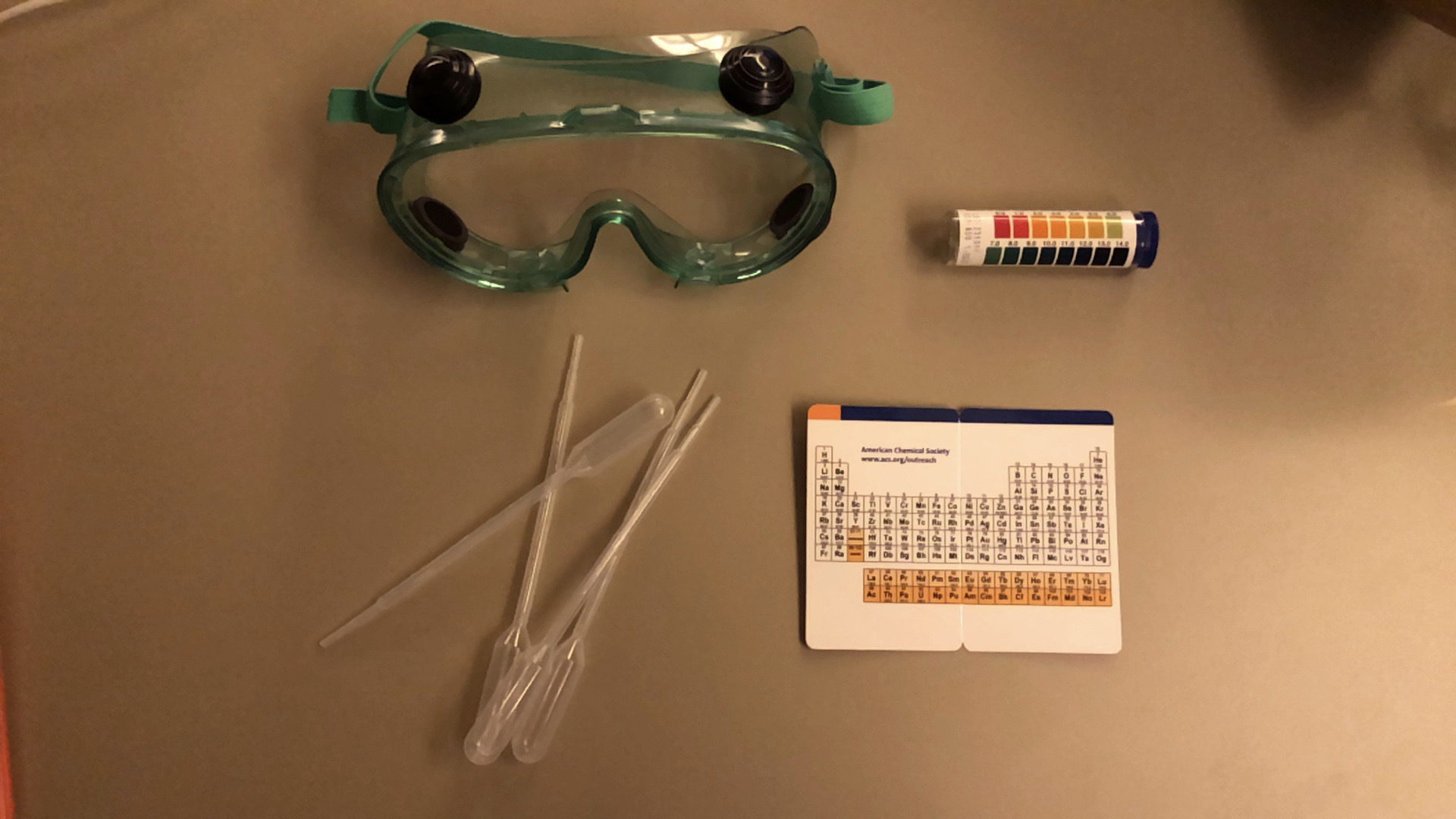 “There have also been moments where I do feel cared about by the college, like in my chem lab class. It felt really nice when the chem department took the time to send us the lab equipment for their DIY lab experiment, and it didn’t arrive two weeks late like I had expected.”

When asked about what she missed the most this semester, Bavaresco says she misses the closure that she would have gotten had it been a normal year.

“It feels like I’m in a constant limbo—like I didn’t finish high school and haven’t started college,” Bavaresco says.

Juan Andres Zuniga, a School of Engineering and Applied Science first-year, was taking classes from San Diego, California, during his first semester. Prior to starting college, he took a gap year. Adjusting to school has been challenging for him, especially given the time difference between the East and West coasts.

“There was a 16-month period where I just hadn’t been in a school environment, so adjusting to the workload has been something to get used to. I’m also on Pacific time, so I have to wake up quite early for a lot of classes, and it is frankly difficult to make do with tests and whatnot.”

When Zuniga first saw the announcement of the shift to online classes, his reaction differed from that of other students I had talked to. 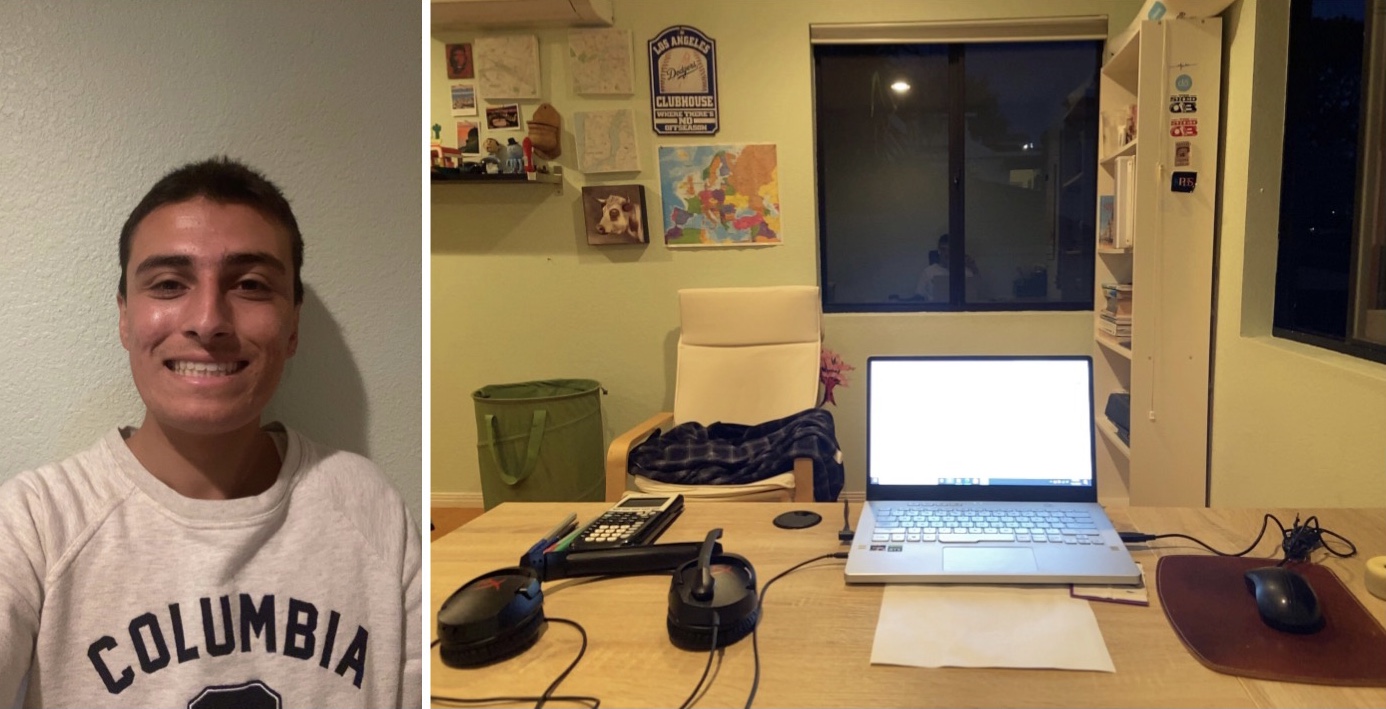 “I was sad, but I didn’t really feel the need to get angry either. If there’s a fight or flight reaction, there’s also a ‘do nothing’ where I just sat and absorbed what was happening. But looking back at it, I was disappointed. It hurt,” he said. 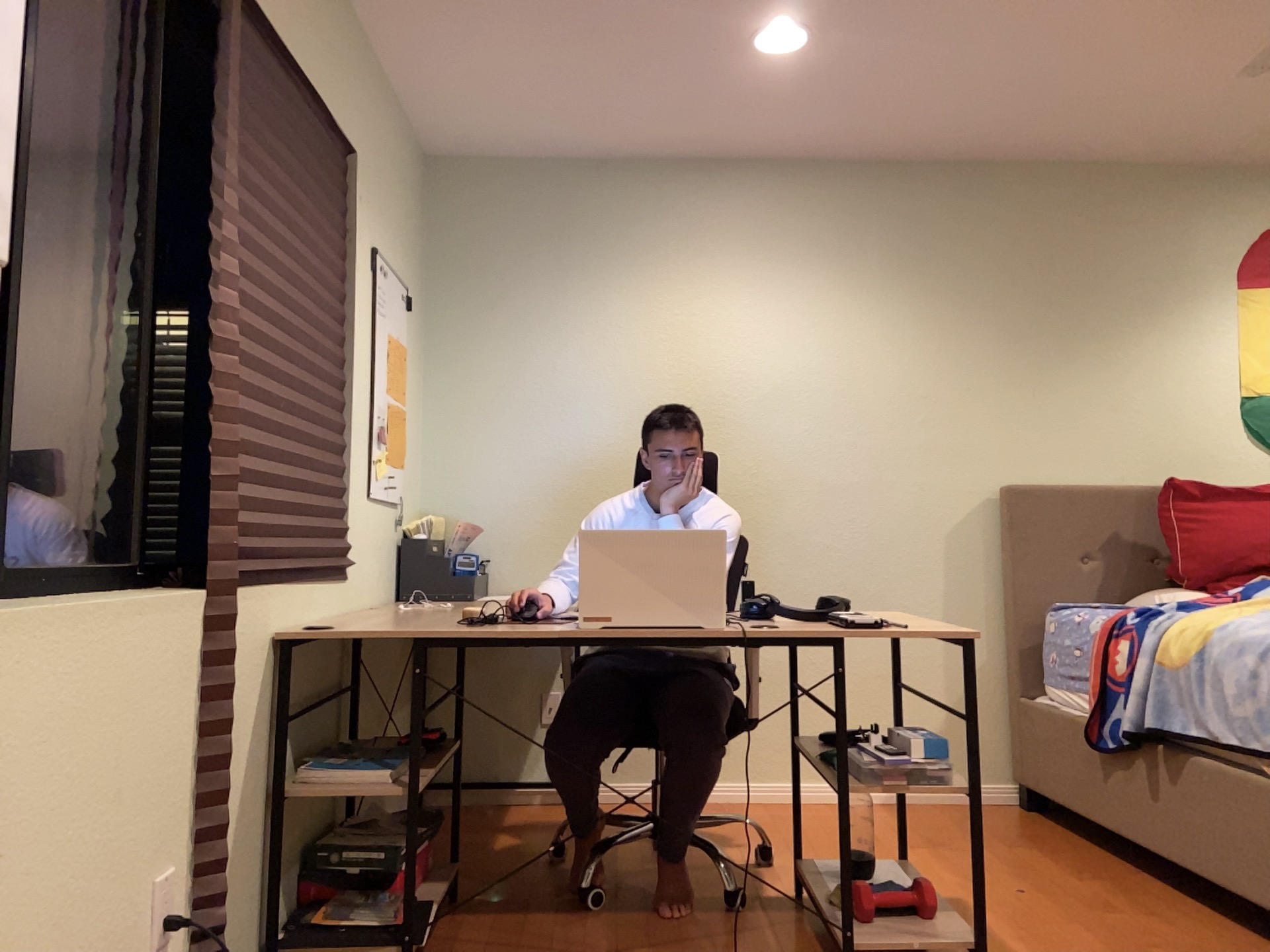 “I’ve also just tried to stay off social media because my anxiety and fear of missing out increases whenever I see the same four pictures from a friend group in Times Square. It’s also upsetting to see privileged—and frankly upsetting—posts of people having gatherings and flaunting the rules.”

As the semester progressed, however, Zuniga adjusted and adapted to the social scene online, whether that meant attending office hours or showing up to events put on by class councils.

“I’ve gradually tried to take things in stride and be more positive,” he said.

Anisha Prakash, a Barnard first-year, was taking classes from Canton, Massachusetts. One weekend during the school year, she traveled to New York with a friend to see the campus.

When asked about what she felt she had missed out on the most during the fall semester, she said, “I think one thing that we can’t take back is not just a social aspect because we will get to that eventually, but really just the experience of being a first-year.” 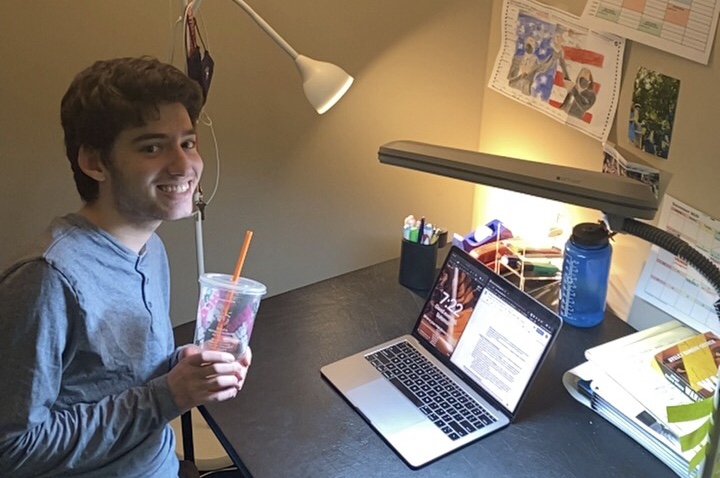 “The experience being a first-year in college at General Studies is so different, and being able to have the energy to attend these different Zoom calls was pretty draining, so I would say there was a general disconnect during orientation,” he said. 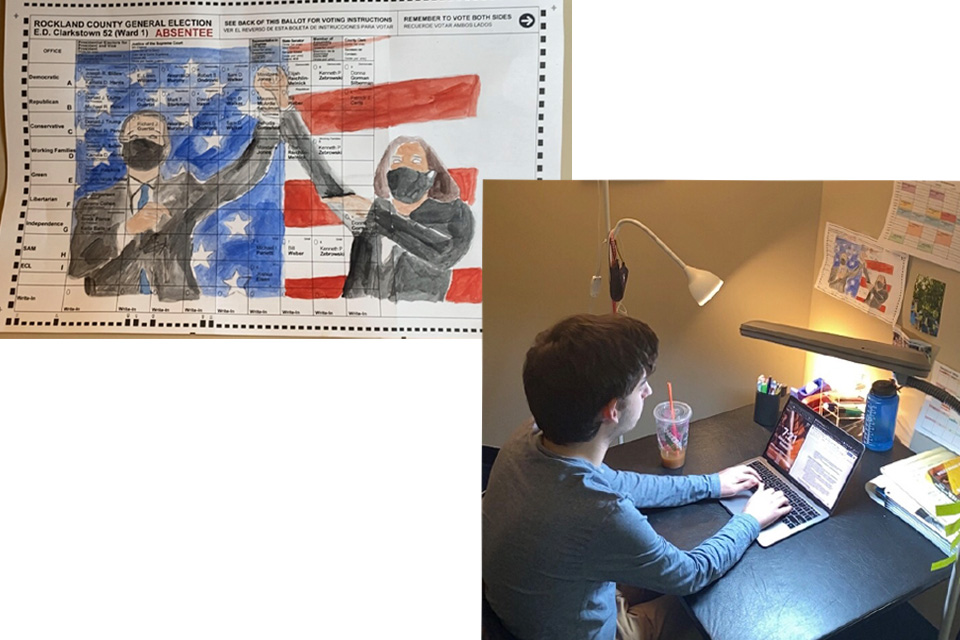 Being close to a satellite campus of Columbia, he has been able to take shuttles to the city and meet other students. However, most of his academic and social interactions have still been online.

“Social media has also created a space where I’m able to connect with peers in a low-pressure environment, where I’m not on a speed-friending Zoom call for an hour.”

Although seeing their peers’ pictures on social media creates FOMO for students that are not near campus, Fox sees benefits in staying connected through social media platforms and has been able to start conversations with his newfound classmates.

“It has been rewarding because I have gotten the chance to meet people I normally wouldn’t have reached out to,” he said. 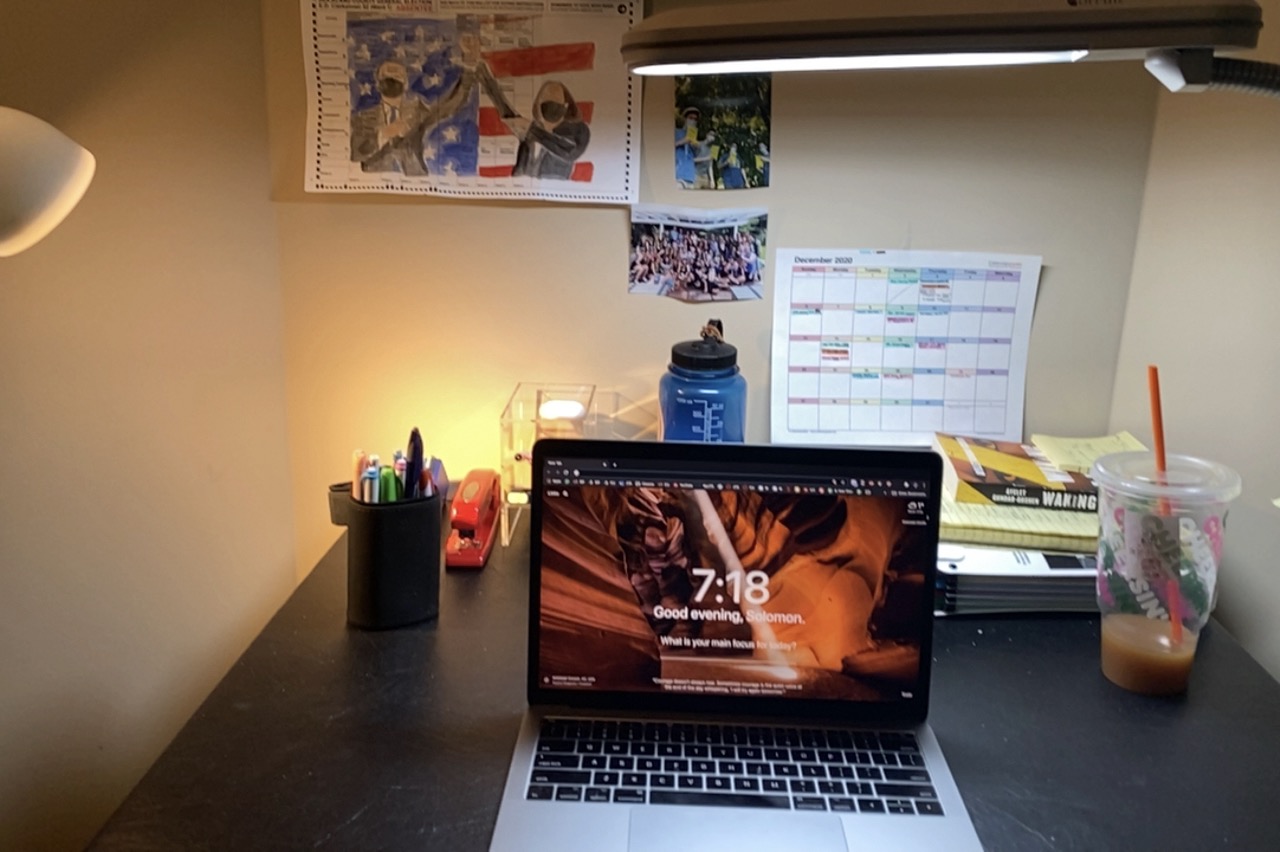 Fox has coped with “Zoom fatigue” by moving his workplace to the basement. To keep himself productive, he films a time-lapse of himself working, which he films on an iPhone tripod—the same one we used to prop his phone up for these FaceTime photos.

First semester was undoubtedly difficult for first-years in the Columbia community. The pandemic presented another set of challenges that complicated the already difficult process of starting college. However, it is evident that many of us have adapted to the circumstances, and, soon enough, we will find a community in each other.