At General Studies, Dance is Something to Leave Behind

At General Studies, Dance is Something to Leave Behind 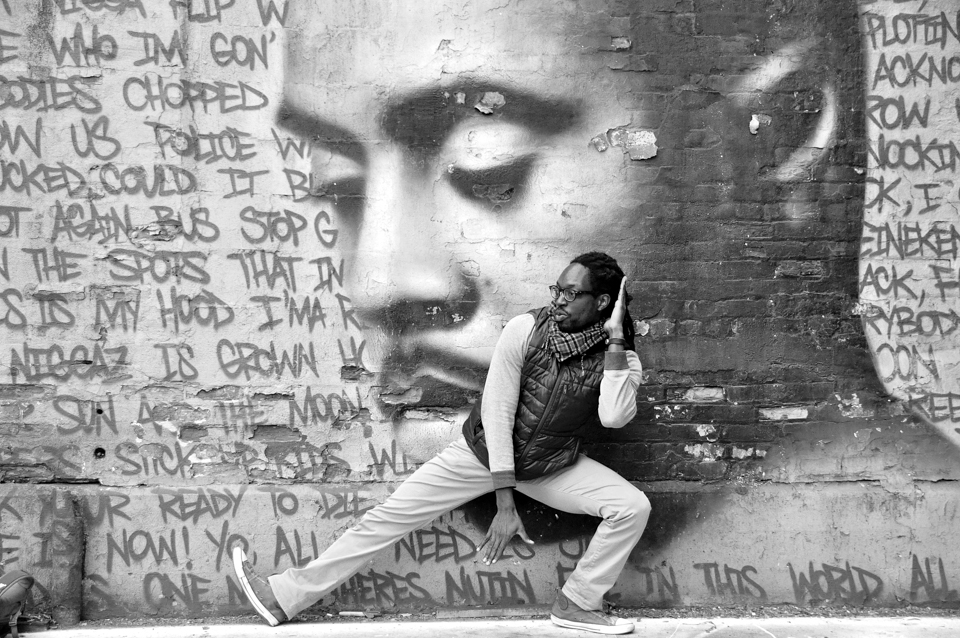 I am a rare breed within the School of General Studies: a dancer with no plans to abandon my art in pursuit of another career. I came to Columbia to acquire skills to enhance my artistic practice. Outside the walls of Columbia, my particular dance language—an amalgamation of hip-hop, West African dance, and jazz—took me from studying acting at Juilliard to Broadway rehearsal rooms and film sets. As a young performer dancing behind pop artists and working with dance companies, I slowly became fascinated with the roles of director and choreographer in theater-making. This inspired me to go beyond merely performing and instead begin crafting my own stories. I pivoted toward directing and choreographing, and I found that my interest in dances of the African diaspora had an intellectual component that could be nurtured in a classroom setting. So I returned to school. Dance lies at the center of my work, and it is something I continue to nurture.

But there is a different relationship to dance within the community at General Studies that revealed itself last fall in a series of events hosted by the Columbia Dancer Network. This newly formed group, led by mostly General Studies dancers-turned-students, aids those “transitioning into academic life and into a second career.” I wasn’t looking to switch careers, but I was looking to build a sense of community, so I attended the welcome events. The network hosted two sessions over Zoom, each prominently featuring dancers who turned to careers in finance. Shortly thereafter, the Office of Alumni Affairs facilitated a conversation between two General Studies alumni, noted Artistic Director Michael Novak and Juilliard Dance Division Director Alicia Graf Mack. Though they were highly accomplished performers, the conversation centered on their lives after dance. The panelists had not come to this University to enrich their art form through academic study—they had come for a fresh start in a new industry.

As I weaved through these various virtual spaces mingling with current students and alumni, it soon became clear that at General Studies, dance was something to leave behind—a pastime. Suddenly, my dance identity, which before had created opportunities, now rendered me an interstitial figure—somewhat rooted in the dance community but not fully at home within it. Unlike others, I did not view dance as a former chapter of my life; it was the crux of my work as an artist and burgeoning scholar.

Exacerbating my feelings of isolation was the narrow definition of dance that pervaded the (virtual) halls of General Studies. Here, dance was ballet, and dancers were ballerinas. Beginning with the formation of the Columbia Ballet Collaborative—founded in 2007 by five former dancers—ballerinas-turned-students became an influential and highly visible body at the School of General Studies. They formed a niche within the school, becoming one of the key demographics that gives General Studies its unique identity; in fact, the late Peter Awn, former dean of the School of General Studies, once remarked that the GS Honor Society was home to two groups: “tutus and uzis.”

Dancers’ visibility helped draw others from the ballet canon into the students’ ranks, creating a pipeline from ballet studios to General Studies that has shaped the culture here. The school has become an ideal destination for people who love ballet. And the Columbia Ballet Collaborative is now a formidable dance company, heavily reviewed and widely revered. Company members and affiliates offer community classes, and current students have access to alumni. The ballet network here is rich with tremendous opportunities.

That being said, the dance community at General Studies has not provided a home for me. In my time at the school, I’ve found the dance community to be remarkably homogeneous, not just excluding people who specialize in styles other than ballet, but also people who intend to use their degrees to further their involvement in dance and the performing arts more broadly. Though often framed as programming for dancers, many initiatives like the “From Dance to Finance” panel held in October actually reflect a narrow set of aspirations. This leaves people like me, who do not fit that mold, bereft of community, often fighting for visibility by themselves.

In almost every event I attended during the fall, the profiles of the organizers, attendees (save me), and panelists were strikingly consistent: mostly white, mostly women, and mostly interested in careers like finance, consulting, or medicine. Given the well-documented racial and class issues in ballet, it is no surprise that recruiting heavily from the ballet canon reproduces race and class privilege here.

These limited definitions of dance and narrowly focused career programming send a message about who matters and who doesn’t. It perpetuates unfortunate silences—I doubt I am the only dancer within General Studies or in the wider Columbia community with performance and professional interests, but I have yet to find a chance to engage with others like me at this school. There are few, if any, opportunities for me to bring my work, and by extension, my full self, to the General Studies experience.

The school and my peers inside it must heed the changing demographics within these established communities—and the accompanying needs and interests we bring. If General Studies is meant to be the home of the “non-traditional student,” we all need the space to thrive. I would be more settled here if the school carved out space for the type of artist and dancer that I am.