Dancing through a pandemic: Defying standards and redefining self-image

Dancing through a pandemic: Defying standards and redefining self-image 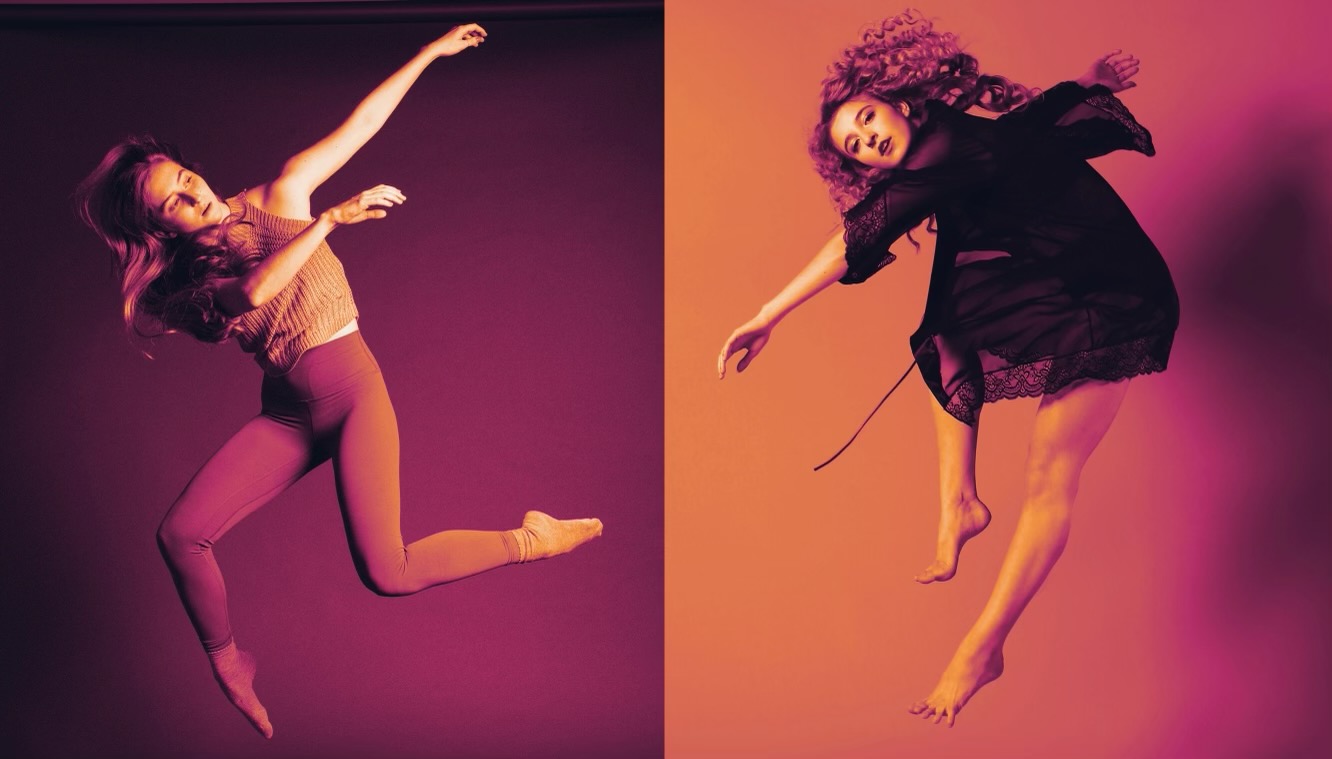 Two stories of dancing in a pandemic

Within a matter of days, all studios in Ohio closed and my life suddenly became void of mirrors. Without a visual to judge myself on, I felt lost. During Zoom classes, I found myself asking, “Am I even doing this right?”

As people were forced indoors with the start of the pandemic, an inevitable period of introspection emerged. For artists, this period was especially difficult, as much of their daily routine revolved around creating art for others’ enjoyment. Dancers, specifically, had to quickly adapt their classes and performances to the virtual world, minimizing their once expansive movements to fit within a Zoom frame. For some, freedom from the mirrored studio allowed for greater self-acceptance and further investment into movement. For others, being given the space to take a step back from consistent training gave them new opportunities.

My head feels heavy most of the time. Not from the length of the hair on my head nor the stress of finals season quickly approaching, but from my thoughts. Millions of them whiz through my head, taking up space and weight.

Ever since I was a child, I was always told that my brain was two steps ahead of me. Everyone phrased it like it was a good thing: I could complete tests in half the allotted time, yet I never fully understood a word I read. My mind was full of ideas, but my mouth felt too slow to articulate them, leaving me grasping for words that were no longer there. Sentences were ejected from my mouth like word vomit, racing to escape from the clutches of my mind and to desperately talk themselves into fruition. I have come to realize that in actuality, it is my body that is two steps behind my brain, held back from action by each inhibitory thought.

Quarantine left me alone with these thoughts. Without anyone to talk to, my body lagged behind my thoughts. My tongue was unable to release each pent-up idea from the bounds of my mind. While these thoughts kept moving throughout my brain, my body stayed stuck, unable to catch up.

I have been a contemporary dancer for essentially my entire life, yet for as much as dance has given me, it has taken away. In a full dance studio, it is nearly impossible to focus only on yourself. One cannot help but compare bodies in movement, for better or worse. As I grew older, I came to realize that my legs were too hypoextended—naturally bent in the wrong way—my arches too flat, my torso too short, my hips too wide. The list went on and on. While daily dance class allowed for an escape from the outside world, I only felt more trapped within the comparative standards that I set for myself.

My self-proclaimed imperfections were only amplified by the mirrored walls of the studio; my eyes quickly pinpointed each “flaw” like a scientist finding a cancerous cell under a microscope. I was intoxicated by the mere thought of perfection in the mirror, whose siren-like projection of beauty would lure me in only to disappear into a mirage as I drew closer. A thousand thoughts flew through my brain attempting to fix each flaw, yet my body was overloaded with corrections and failed to adapt to any of these changes.

As the year went on, it only became more apparent that something needed to change. Within a matter of days, all studios in Ohio closed and my life suddenly became void of mirrors. While I could finally breathe again with the weight of self-critique lifted off my shoulders, without a visual to judge myself with, I felt lost. During Zoom classes, I found myself asking, “Am I even doing this right?”

I continued to take classes from all around the world, learning from choreographers I had only dreamed of encountering. Despite these new opportunities, I kept repeating the same old mistakes and feeling the same old thing: mostly nothing at all.

Soon, I came to realize that having lost my reflection as a guide, I could rely on the sensations I felt to lead me:

Can I feel my neck being stretched from my shoulders pushing down? Can I feel my hip blocked from rotating in its socket to its maximum? Can I feel all my weight shifting into the ball of my foot from my heels?

Living in the moment of each movement elucidated my thoughts, reuniting them with my body and clearing my mind of everything except for the steps and corrections. Alone in my room, there was nobody to compare myself with. There was nobody with their leg raised over their ear as if to shout that I could never be a professional dancer if my arabesque does not reach above 90 degrees. There was only me and a small corner of my room carved out for dancing where the music could float through my brain and wash everything away.

Instead of focusing on what I looked like, I could focus on the feeling. Sure, I looked like a fool, but who was watching? Performing without viewers meant neither the audience nor my reflection was able to judge. I learned to dance for the sake of my own dancing rather than for any extrinsic praise or confirmation.

While the energy in a full studio class is unmatched, it was this individual practice that taught me how to catch up to my brain and slow myself down. Whether through carefully waltzing my pen across a page to articulate my thoughts in a journal or blasting down the freeway as my feet perform a tap dance of alternating between gas-break-gas-break, my clearest thoughts now come when my body and brain are in unison.

The burden of years of comparison and critique began to dissipate over time. The thoughts fogging my mind began to evaporate, leaving behind something I should have realized long ago: Dance is only what I define it to be. No mirror or deprecatory thought could ever dictate my success, since I am the one who sets my standard. While some may appreciate the elongated lines, highly arched feet, and hyperextended knees that I lack, to me, it could not matter less. Only by disregarding these external visuals could I find solace, freedom, and mental clarity in dance once again.