SENIOR COLUMN: AJ McDougall Is Not A Senior

SENIOR COLUMN: AJ McDougall Is Not A Senior 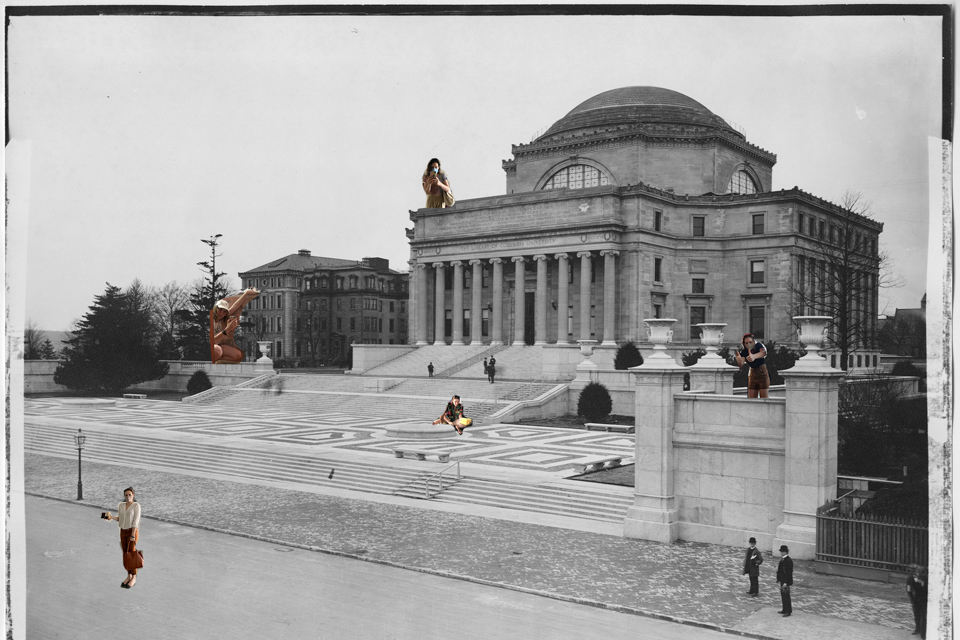 I’m not a senior. But more on that in a bit.

But it’s fitting that I should end my time at Spec as I began: fudging like hell in order to get into print.

Maybe that’s not entirely fair to myself. It makes it sound like I’m a bad journalist.

I want to be entirely clear: I am a bad journalist when it comes to reporting on myself. I’d much rather report someone else’s story. I don’t hold my own opinions in particularly high esteem; to give you an idea of what I’m dealing with, I think Steve Buscemi circa 2021 and sriracha are both way too hot for me to handle. I get uncomfortable plumbing the depths of my soul for heretofore unelucidated depths, as evidenced by the fact that in one sentence I’ve used “depths” twice, “heretofore,” and a six-syllable word that either doesn’t exist or at the very least feels extremely clunky. (The revolution will not be copy-edited. For accuracy purposes, however, I’m required to state that this piece has been.)

So how did I start my career (“career”) with Spectator (“Spectator”) as a columnist? The short answer is that the call was thrown up on Spec’s site on August 17, 2017. (The revolution will, it should be said, be fact-checked.) General applications for the paper’s other sections hadn’t yet opened. School hadn’t started. I wanted to write for Spec, in any capacity. I wasn’t really sure what the other sections were all about, but I’d heard it was tough to get in. Shit, meet wall. It stuck.

I won’t lie and say that I fell in love with first person, opinion-driven pieces, but I am proud of the columns I wrote that first semester. At least, I think I am. In truth, I’m afraid to go back and check what state they’re actually in. Either way, I did wolf-in-sheep’s-clothing it through the semester. This was primarily because as a newly minted columnist, after I’d gotten the “Congratulations!” email but before I’d attended my first pitch meeting at Riverside Church, I realized where I actually belonged. I went to a general interest meeting in Lerner 555 in early September—I think I’d heard there would be free food—and I heard someone named Maya talk about something called The Eye, Spec’s magazine for longform narrative journalism. Hearing her describe the kinds of stories her team told, deeply reported and artfully written—that felt right.

I don’t remember exactly what I asked her when I sidled—sidling is the natural gait of the fudger—up to her after the presentation to find out how I could join The Eye, but I do remember Maya good-naturedly saying that I could just horizontally transfer into her team after a semester writing columns. Well, horizontal just so happens to be the fudger’s favorite direction. We’re rather like crabs that way.

If I could meet my former self from those halcyon days of yore (and see, I’m getting uncomfortable again), I’d strangle her. But then I’d mourn her death. There was a lot she didn’t know about the world and the people around her. She had never had a friend die. She hadn’t cried in the office. She didn’t know that another columnist sitting across from her that first semester would be arrested on monstrous charges less than a year later and would be, at the time she’s writing this, still awaiting sentencing. She hadn’t yet watched important stories drop like stones into the void or wanted an editor to stand up for something, only to watch them fall short.

But she also hadn’t yet seen other editors go to bat for stories they believed in so much that it made them heartsick. She hadn’t heard people on campus bring up Spec’s stories in conversation (whether they be on conservative lesbianism or the market value of emotional labor). She hadn’t gotten the perfect quote, cracked a story’s angle, or made her editors read a 10,000 word first draft—which they weathered, incidentally, with saintlike grace.

She hadn’t—and still hasn’t—become a senior. In fact, she may—as of today—hold the dubious distinction of being the first non-senior to ever write a senior column for Spec.

How did this happen? If you’re okay with it, then know I have many people to thank for this honor. If you’re mad, then know I’m just as steamed as you are about this travesty and am also actively casting about for someone to blame. In either case, I’d like to point the finger at the administrative hell that the coronavirus hath wrought, which made my current editor think that I was a senior on staff. This little snafu is what has allowed me to wolf-in-sheep’s-clothing my way into writing this column. Call it a full circle moment, one of those magical instances that I suspect a lot of seniors have in their final months of college. (I wouldn’t know).

Because, in actuality, it was nearly a year ago that I made the cowardly decision to take a year off from school. I now occupy a nebulous nether-zone between the opposing identities of student/non-student, junior/senior, and fudger/upstanding citizen.

What does one do in a year off during a plague? One watches a lot of movies. One learns the public transportation system of one’s home city better than anyone ever thought possible. One watches more movies. One has a year of rest and relaxation, and emerges. It’s a brave new world. Defonte’s Sandwich Shop in Red Hook survived. Patti Smith has a Substack. New York City is, according to sources, back, baby. We’re all going to be fine. It’s fine. This is fine. We’re fine, aren’t we? We’re fine.

Everybody certainly looks fine in their grad photoshoots. Seriously. Your skin looks clear, your smiles are dazzling, and your asses are popping. Know that I wish I was there. I am actively photoshopping myself into your group shots as we speak. Know that I’m proud of you. Seems like just yesterday we were sharing our juice boxes at NSOP. Know that it’s beyond weird that I’m not going with you. But come graduation, I will be the Amy Poehler to your Rachel McAdams.

If you have any regrets about unfinished business, whether it be roofs unsummited or unholy JJ’s combinations yet to be consumed, you’re welcome to send them my way. (@oldmcdougall on Twitter, no unsolicited nudes). One has all this borrowed time now; one may as well use it in the pursuit of something useful, if not mildly entertaining. I’m making a bucket list. After the last box is ticked, I will turn to the person I used to be before I made the list, and strangle her. Or maybe the two of us will vibe out in the void together. If we can tell a few good stories while we’re there, even better.

And one year from now, when I am handed the even more dubious distinction of becoming the only senior to have two Spectator senior columns, I will keep it short, sweet, and truthful. Like Joe Pesci snagging Best Supporting Actor at the 1991 Oscars: “It’s my privilege. Thank you.” (He won, I believe, for his stellar performance in Home Alone 2. But there’s no need to fact-check me on that.)