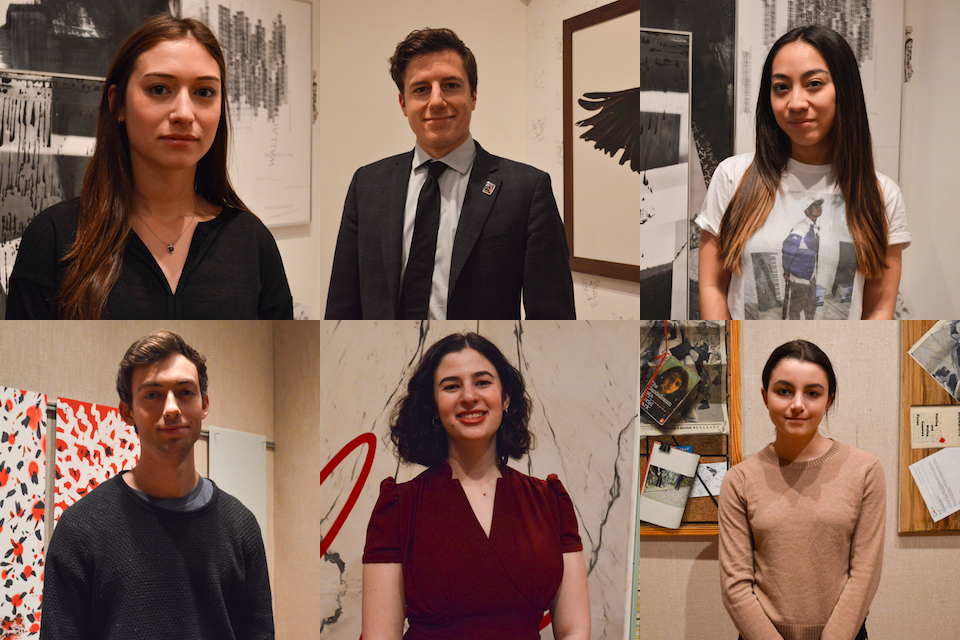 The webpages for Barnard and Columbia’s art history departments share an emphasis on one theme: the advantage of studying arts in New York City. From the Gagosian to the MoMA, some of the world’s most important art institutions are around the corner from campus, easily accessible and offering opportunities for students to pursue career training in the field.

About 130 students from Barnard, Columbia College, and General Studies’ graduating classes are majoring in art history or visual arts. But many matriculating arts students have voiced concerns that the University’s resources for career development are scattered across disparate platforms and are limited, especially in comparison to those for other industries like finance or tech.

In terms of publication, Barnard’s Career Development office has only listed two events on its website since September related to the visual arts—a “Film & Talent” event and a “Women in Entertainment & Comedy” event, both of which catered more to students interested in the media and entertainment industries—and one job opening on NACELink, Barnard’s online career platform for art history, philosophy, and film majors.

Out of the 11 industry showcase events that CCE has held or is planning to hold this academic year, none pertain directly to the arts industry.

While NACELink and LionSHARE, Columbia’s own career- and internship-search database, serve as a primary resource for job and internship listings, there does not exist a consolidated resource offered by CCE or Career Development through which to find the opportunities advertised by Columbia.

CCE frequently directs art students to resources including the Arts Initiative, the Columbia Arts Experience, faculty and department listings, and even the non-affiliated New York Foundation for the Arts.

But the listings on these platforms sometimes overlap with each other and are often limited in number and variety for the fine arts.

Career Development declined to provide data on the number of arts students who have successfully obtained internships through the office, because they have not collected that information. CCE did not immediately provide data upon request.

One reason for the comparative lack of arts-centered career events lies in the inherent difficulties of providing ready-made recruitment resources for arts students. Jobs in the fine arts—which can include anything from gallery administration, to museum curation and research, to auctions and sales—are more often obtained through personal connections than active on-campus recruitment.

Barnard Vice President for Development Bret Silver, who oversees the Career Development office, said that there wasn’t an infrastructure to “plug a career development track” in arts organizations and companies in the fine art world in the same way as in other industries.

What is more, the pool for opportunities is generally slimmer than in other industries that are popular among recent graduates.

“If you compare the art world and the banking world, or the tech world, there are fewer jobs,” Silver said.

But arts students interviewed by Spectator said that because there is such a disconnect in the way that CCE and Career Development communicate their arts opportunities to students, they must often go to outside sources to seek useful career support.

“I can’t say that I’ve interned anywhere in the arts because of Barnard or Columbia, mostly because of the administration,” art history major Emily Shoyer, BC ’17, said. Shoyer has interned at the Jewish Museum and Christie’s Auction House, both positions she obtained through personal connections.

After attempting to obtain a prestigious museum internship through Career Development during her first year, Shoyer said she was disheartened by the lack of relevant support.

“I felt like actually the Career Development at Barnard was unhelpful and gave me unrealistic expectations in not encouraging me to apply to galleries, or other options that were not museums,” she said.

Shoyer’s experience is not unique to Barnard students. Visual arts major David Kaminsky, CC ’19, expressed similar discontent with the advising he received from CCE when he approached them in search of a museum internship.

“They basically just gave me a list of websites and told me they couldn’t do anything,” he said. “It was stuff I’d already known.” Kaminsky had already interned as a high school student at the Metropolitan Museum of Art and was looking for a higher-level experience in a similar environment.

Kaminsky eventually found an internship at a contemporary art gallery, but he said it was a rare find on the Arts Initiative website.

“There’s a very slim amount of visual arts internships that are not full-time jobs,” he said of the site’s offerings, adding that the majority of listings were in the fields of performing arts, not visual arts.

Jeremy Reeves, GS ’17, is a double history and art history major in the dual B.A. program with Sciences Po. He explored LionSHARE as an option for finding an internship in the fine arts—but ultimately decided to use other means to find what he was looking for.

“When there are gallery postings, it’s almost exclusively for contemporary art galleries, which is really difficult for me, because that’s not at all what I want to do,” Reeves, whose area of interest is pre-19th century art featuring arms and armor, said.

Networking with professors has become an alternative for students unable to obtain internships via the school’s online resources. Shoyer, Reeves, and fellow art history majors Bryce Smith, BC ’17, and Abigail Kim, BC ’17, have all benefited from relationships with professors in the department in obtaining career advice, and mentioned that department officials regularly update their students with opportunities for research and career development in the field.

CCE is, according to O’Brien, working to better consolidate its resources for arts students. In March, for example, CCE will be partnering with the visual arts department, which is under the direction of Director of Undergraduate Studies Nicola Lopez, to host a panel and networking event with Columbia alumni currently working in the arts.

Art history major Isabella Rosner, CC ’17, who has interned at several museums, highlighted the urgency of providing support to undergraduates in pursuit of arts internships.

“The internships I’ve had have been the most helpful things in terms of finding what I want to do and where I want to be,” she said. “Without internships, I would not walk into grad school or a job with any experience in the stuff that I’m interested in.”