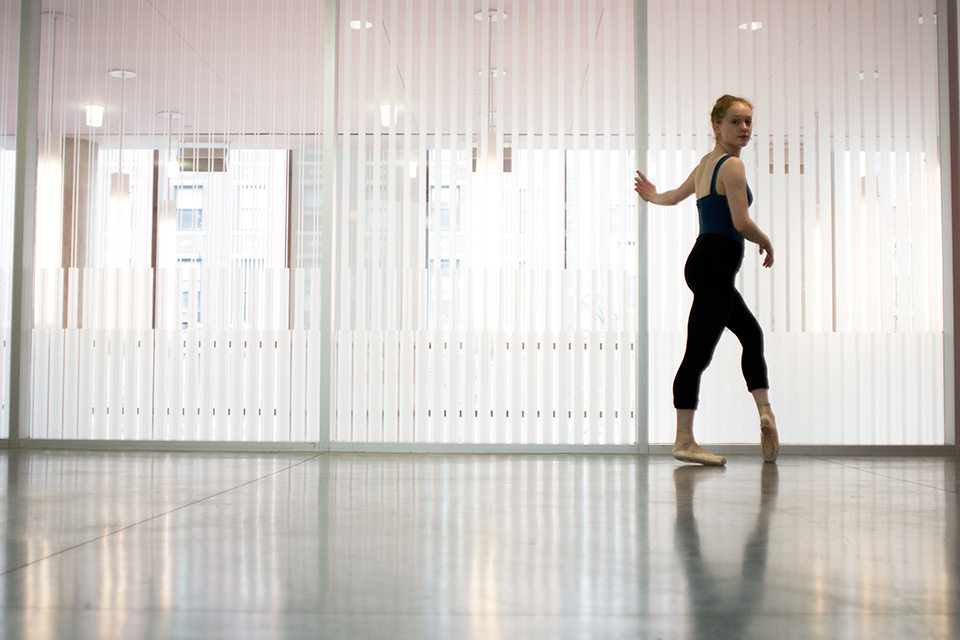 School of General Studies student Ali Block has struck a balance between her professional dance experience and academics at Columbia.

“As an artist, you’re trying to convey something. How can you convey something if you don’t have anything to say, and you spend your life in a dance studio?” GS student Ali Block said. Stifled by the confinement of the ballet world while dancing full-time in various companies for five years, Block applied to Columbia after she decided to move to Manhattan. She planned to pursue a career as a freelance dancer, seeking short-term contracts from multiple companies.

“I applied [to GS] on a whim after they extended the deadline,” she said. “It’s turned out to be the thing that’s kept me grounded.”

For Block and other professional dancers who have sought enrollment at Columbia’s School of General Studies, the flexibility and diversity of available coursework have allowed them to emerge from studios and stages and stretch their minds—frequently in directions that are unexpectedly parallel to their artistic endeavors.

Professional dancers often spend eight-to-ten-hour days with their company members and then find themselves too physically drained to pursue other interests or relationships. This sense of confinement led Block and others to the community of non-traditional students in GS. Some use their studies as a bridge from a career in performance to one elsewhere, while others study at Columbia during their dance careers.

Many who enroll during their dance careers consider the adaptability of GS as instrumental to their education. Block, who previously danced full-time at Texas Ballet Theater, Sarasota Ballet, and Eugene Ballet, used to think she “would need to make a choice between college and a dance career.” When she discovered a part-time academic option at GS, however, she flourished in “two split worlds simultaneously”: academics and freelance dance. Those worlds sometimes overlapped. She found herself studying for exams backstage during a stretch of performances of The Nutcracker.

An appreciation for this flexibility was echoed by another freelance dancer and student, Allegra Herman. When presented with an opportunity to dance with Aspen Santa Fe Ballet following her acceptance to GS, she approached Associate Dean of Students, Vanessa Karahalios, for advice. “[Karahalios] said, ‘Why not?’ I feel this attitude is very ‘GS’: If there’s an opportunity, take it, and we will make it work for you.” 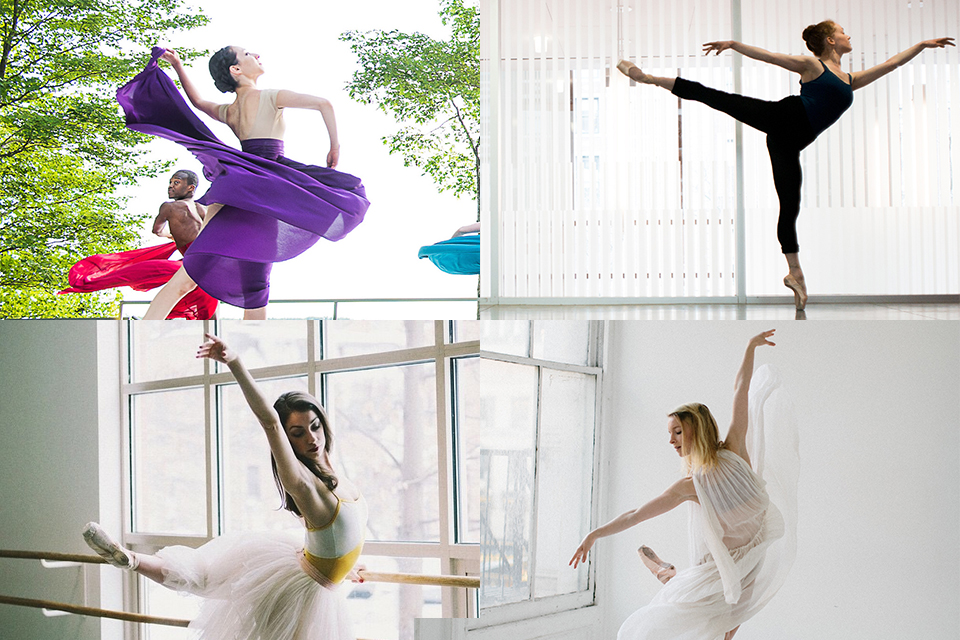 For many former dancers, the flexibility of GS extends beyond scheduling, and is reflected in an immense range of courses of study, allowing them to explore alternative career paths.

“I’ve always known what I wanted to do since age 13,” said Brittany Summer, another GS student and a former dancer with Boston Ballet,. “Now at age 28, I’m embracing a diverse set of options.”

This sentiment was echoed by 26-year-old Shelby Elsbree, also a former dancer with Boston Ballet, who was inspired by Summer to apply to GS.

“On any given day, I have ten different ideas of what I want to be when I grow up,” she said.

Some dancers found that classes transformed their perspectives on their own artistic field as they reveled in the range of academic offerings at Columbia. Both Elsbree and Summer took Introduction to Philosophy of Art. Summer found it “hugely transformative.”

“The professor was brilliant, and it was a completely different perspective on a subject I feel very connected to,” she said. “I’ve spent my life as an artist, and to have a new window open up on something I knew intimately was so refreshing.”

Elsbree shared similar feelings about her experience in Music Humanities. “I’ll walk into Music Hum, and at any given time, there’s a Chopin melody or a Stravinsky piece. I’ve performed to these pieces all over the world, and I hear them very differently now because I’m looking for different things from this education. It’s invaluable.”

The connections between dance and coursework at Columbia are also strikingly strong for Block, who is studying psychology. “Dance is such a psychologically draining and damaging world. So many dancers struggle with anxiety and depression. Eating disorders run rampant. I’ve dealt with all three, and with these experiences, I want to help other people,” she said.

Block’s intense passion for psychology is inextricably linked to her adoration of the dance community. “It’s so personal, and it’s so personal to the people that work in my world—the dance world,” she said. “I would be on the train between rehearsals with my [psychology] textbook, glued to it, reading memoirs about people with bipolar disorders and schizophrenia. I literally almost missed train stops because I was so engrossed with their stories.”

Herman has also drawn connections between academics and dance as a French Language and Literature major. She was first introduced to the language in ballet class, where the technique’s terminology is spoken in French.

“You’d get a vocabulary lesson with every new step you were learning. I continue it here and I just love it,” she said. “Dance and a language are really similar in that they’re modes of communication.”

This academic enthusiasm among dancers past and present is celebrated at GS. Summer has found Columbia to be a “beacon for higher education in the dance world” and described a positive feedback loop in which “other dancers are empowered by seeing their peers pursue an education.”

Elsbree agreed, and emphasized the self-motivation necessary for dancers in academics: “It’s up to the dancer. We’re not at a point where administrations of companies are strictly encouraging that dancers nourish their intellectual curiosity alongside their dance career. There’s a lot of self-initiation going on, and I strongly support it.”