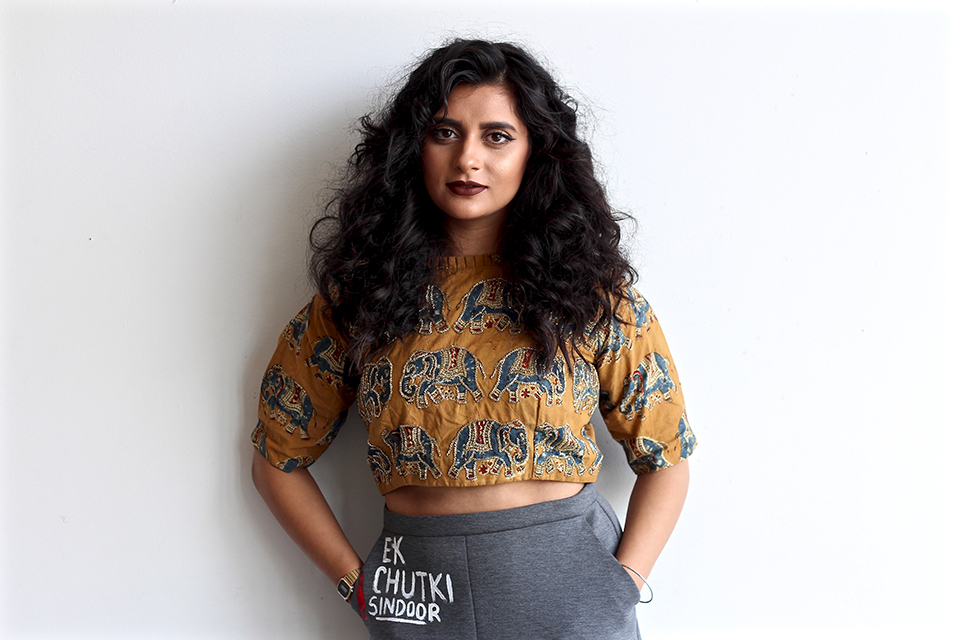 Babneet Lakhesar is best known as Babbu the Painter on Instagram, where she has amassed over 35,000 followers.

Babneet Lakhesar, an Instagram-famous artist with over 35,000 followers, might have seemed an unlikely participant alongside two veteran civil rights advocates in a panel on South Asian feminism hosted by Soch: Columbia Pakistani Symposium. But her story of finding her place and identity as a South Asian artist in her 20s growing up in diaspora was a perspective that was particularly relevant to members of the Columbia community in attendance.

“She represents that niche that I think a lot of us feel in growing up in the West while having that cultural background in South Asia,” event coordinator Iqra Bawany, CC ’19, said. “She encapsulates that well.”

Lakhesar detailed how her art explores topics such as homosexuality, the agency of the female body, and freedom of expression. She joined Shruti Kapoor, a women’s rights activist, and Sana Saleem, the director of a nonprofit championing gender and government issues, on the panel.

This unlikely trio discussed generational issues relevant to South Asian women. Kapoor and Saleem assessed the intersection between Western culture and the Pakistani conception of feminism, and how a perceived correlation between the two affected the current political climate. Lakhesar, on the other hand, provided a less overtly political and more personal perspective on the state of affairs for women in South Asia, especially women in creative fields.

“The biggest struggle I had in my career was finding galleries to represent my work, because my work was mostly about women, and it was about colored women,” Lakhesar recalled. “So I realized that people of color have a different definition of feminism than people of non-color.”

Lakhesar herself recently graduated from Ontario College of Art and Design and said that she encountered much of her artistic inspiration in this academic setting—especially due to being surrounded by other creative students.

During her junior year of university, Lakhesar said she had a tremendous revelation which aroused her creative process. While looking for methods to more authentically communicate her experiences, Lakhesar said she discovered the artwork of the Mughal Empire.

“I really liked the concept they had of complete body expression, but adorned with this beautiful jewelry to add a touch of sensitivity,” she told Spectator. This contentiousness, and the idea of openly discussing critical issues, is still a prominent motif of Lakhesar’s work today.

In her combination of traditional Indian painting with Westernized pop art, Lakhesar’s art has become a hybridization of her Indian heritage and her childhood growing up in Canada—something that she said has attracted a great deal of criticism from the South Asian communities and art galleries, which claim that they are unable to sell such niche artwork. Despite this, Lakhesar said the realization that she was part of such an underrepresented demographic encouraged her to display her projects through multiple mediums, Instagram being but one.

“I think that it’s really cool that I’m able to talk about my experience of being South Asian, of being a small Indian girl in a Canadian world,” she said. “Anyone can relate to that as an immigrant.”