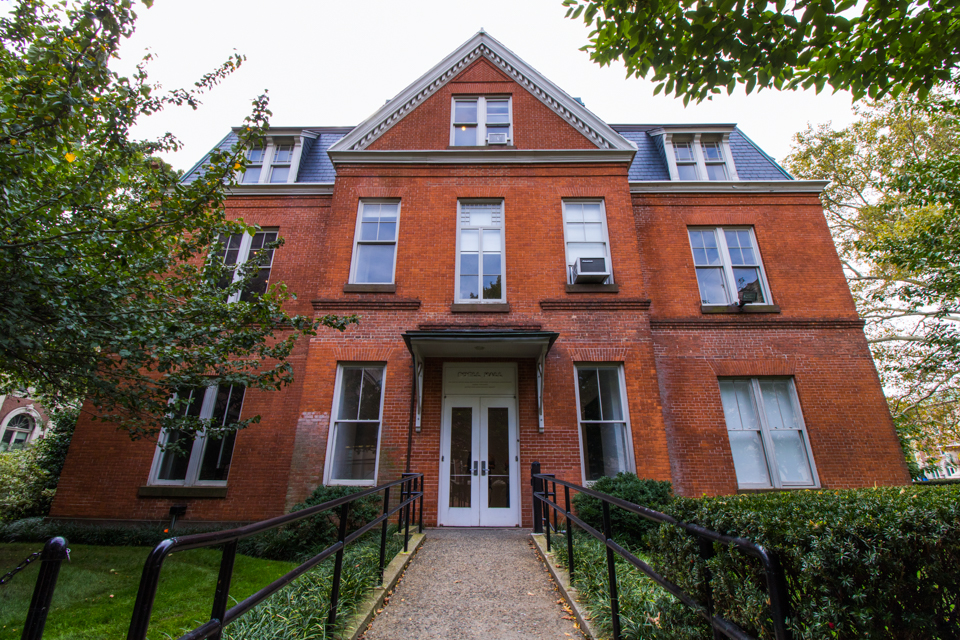 The Columbia Maison Française will host a series of seven films over the month of October focused on themes of resistance and revolution.

For the second year in a row, the Columbia Maison Française will host its annual film series starting this Friday in the school’s new Lenfest Center for the Arts. This year’s theme? Resistance.

Comprised of over 40 board members from a variety of Columbia departments, the Columbia Maison Française is a cultural house that engages with the Columbia community in a variety of events, ranging from film series and conferences to music performances.

Among the diverse range of films selected for the series is “The Assembly” by Mariana Otero, which will have its American premiere at Columbia, the 1969 classic historical drama “The Army of Shadows” by Jean-Pierre Melville, and the Oscar-nominated foreign language film “Mustang” by Deniz Gamze Ergüven.

Although all films are either set in France or produced by French production companies, the films cover a range of topics, including the historical Battle of Algiers, the lives of young Turkish women affected by arranged marriage, and how a group of Parisian teenagers respond to racism and poverty in their underprivileged neighborhood with music, fashion, and dance.

Shanny Peer, director of the Maison Française, described her choice of theme as both inspired by and appropriate for the current political context in the United States. She sees resistance, whether in the movement against income inequality or in environmental activism, as a theme both topical in current U.S. politics and relevant to the film series.

“It seems quite clear that basic democratic values [in the U.S.] are at stake,” Peer said. “It’s good for us to have an opportunity to think about what forms of resistance have occurred historically in response to different political regimes.”

The film series will kick off this Friday with “Tahrir: Liberation Square,” directed by Stefano Savona, that chronicles the first days of the Egyptian revolution in 2011. The series was curated by French director and artist Nora Philippe, who worked with the Maison Française last year on a film series about migration to Europe.

“The French fancy themselves as an intrinsically revolutionary people, and the American nation has built itself on certain imported French concepts,” Philippe said. “It’s interesting to interrogate the notion of resistance from a French institution set in New York, and from the American academic environment, which has undoubtedly worked more deeply and bravely on postcolonial issues than the French.”

For Philippe, curating the films was a five-month process of screening, selecting, and researching. Philippe will also moderate the panel discussion at the end of each film, which features speakers like “Swagger” director ;Olivier Babinet and American critical theorist and author Bernard Harcourt.

For Peer, this series will have a deep moral and ethical purpose, and she has a clear picture of what she hopes viewers will walk away feeling.

“I think we need inspiring examples of collective effort in the past to resist forms of oppression that are unacceptable,” she said. “Especially for the students who have come to see these films, it’s good to realize that bad things have happened before and that people have banded together before. I hope this will inspire students to think about what values are worth fighting for, what injustices are worth fighting against, and what the value of collective righteous action is.”