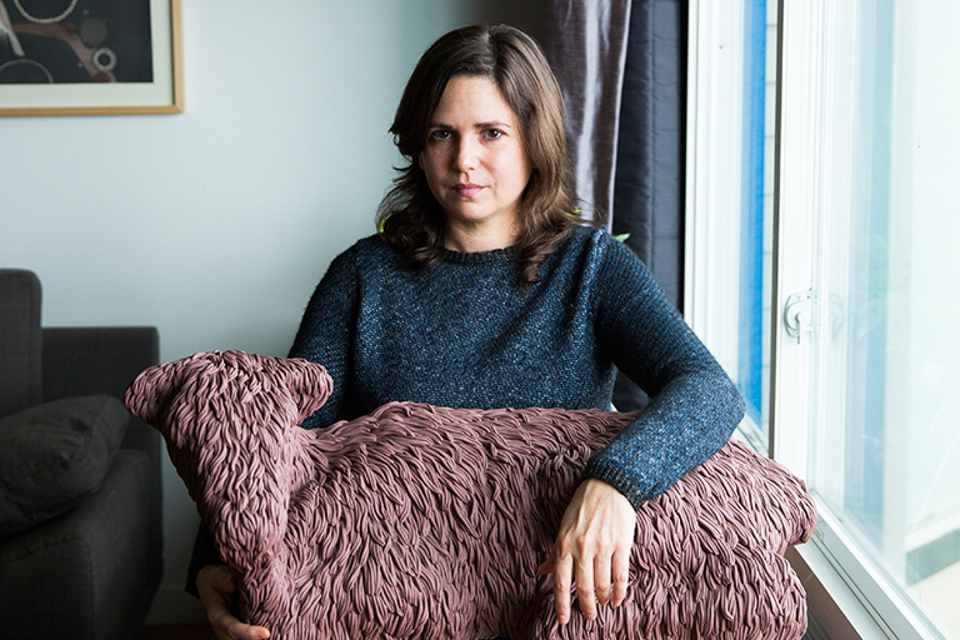 Lucy Corin is the author of two short story collections and one novel, as well as a National Endowment for the Arts fellow.

As audience members filed into Dodge Hall, they were handed a packet of selections from a variety of literary genres and images of snakes and outer space. The document was a sign of the creative, multilayered, and often eccentric lecture to come.

Author Lucy Corin, National Endowment for the Arts fellow and award-winning novelist, opened her poetic and layered lecture last Wednesday, on the craft of writing at an event on Oct. 11 in Dodge 501 hosted by the Columbia School of the Arts creative writing department. The packet guided her lecture, providing context and thematic clues for the audience and helping Corin to illustrate her claims about the impact of technicality in writing.

Corin’s lecture was the first in a series curated by tenured creative writing professor Ben Marcus that asks each writer to explore the craft of creative writing and how their own experience has helped them understand the technical aspects of authorship.

Corin has published two collections of short stories, One Hundred Apocalypses and Other Apocalypses and The Entire Predicament, and a novel titled Everyday Psychokillers: A History for Girls. Her writing often explores tensions between fairytales and reality, highlights neuroses and societal quirks, and is known for being minimalistic, sparse, and sometimes shocking in its violence.

Poetic and polished in tone, Corin’s lecture covered a wide variety of topics, ranging from the difficulty of using the second person tense to her perceived “moral imperative” of writing. A striking moment included a discussion of a second person piece that “really pissed [her] off,” as she saw it as a technical gimmick rather than a developed narrative choice.

“I have always enjoyed the second person when it turns the table on dominant assumptions about readers. I go for a second person that asks me to be someone very unlike me,” Corin said. “In second person, one thing that attracts me is the warping of the universal but problematic ‘you.’ It refracts the indirect identification that ignited my reading as I grew up, as I did not grow up feeling underrepresented.”

Corin also spoke at length about her own experience as a writer, sharing her opinions about what she views as her most successful work.

“When I am writing my best I am writing about what is the most private, the most personal,” she said, “but I am doing it in order to eventually direct you away from me to turn your eyes to yourself through many lenses and then turn them out there into the world.”

In response to questions from the audience, Corin also discussed her ongoing project, a novel that she has been working on for over a decade. She shared her struggle with longform writing, stating that she finds it much easier to write in short and quick bursts.

“I want to apply everything I know about short stories to a longform piece,” she said. “It’s absolutely exhausting.”

As the Q&A drew to a close, Corin gave the audience advice on how to apply her idea of the technical moral imperative to their own writing. “You’re not done when it feels good in your room, by yourself,” she said. “You have to push further, always keep pushing.”

Corin also encouraged the room to continue writing and expressed her belief that writing is key to interpreting today’s world.

“Reading and writing have become for me such sacred spaces,” she said. “To be honest, in today’s world, these spaces are where I see our only hope.”

The next event in this series will take place on Nov. 8, and will feature author Rachel Cusk.

School of the Arts