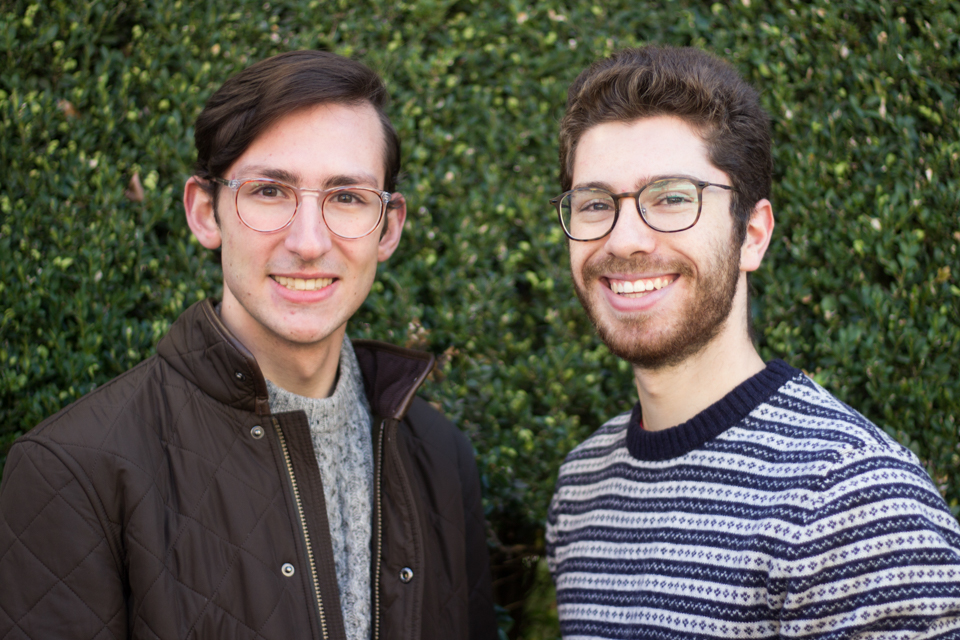 Alan Koolik, SEAS ’19, and David Treatman, GS/JTS ’20, are two of the youngest off-Broadway producers in history.

When David Treatman, GS/JTS ’20, and Alan Koolik, SEAS ’19, met while working as the assistant director and assistant producer for the 123rd Varsity Show in October 2016, the last thing they expected was to be attending the Tony’s together less than a year later for their role as co-producers of an off-Broadway comedy.

The play, Puffs, or: Seven Increasingly Eventful Years at a Certain School of Magic and Magic, just celebrated a year off-Broadway, with over two hundred performances having taken place, mostly at the Elektra Theatre in Midtown. The show follows a trio of unlikely Hufflepuffs who, though more underdog than heroic, happen to be in attendance at a notorious but unnamed school of magic during the same seven years as a slightly more infamous trio of wizards.

Treatman and Koolik, two of twelve producers on Puffs, are, however, some of the youngest people to ever produce an off-Broadway show. They are also unnamed co-producers on the National Theatre production of the Pulitzer-winning play Angels in America starring Andrew Garfield. The two students are hoping to use this project, the fastest show to sell out in National Theater, as a springboard for future endeavors.

Koolik had been the one to discover the opportunity while working as an intern for the executive producer of Puffs, Tilted Windmills Theatricals, also responsible for A Gentleman’s Guide to Love and Murder. Knowing of his friend’s eagerness to dive headfirst into the world of producing, Koolik told Treatman about the opportunity, and the pair joined the team of twelve active producers by collecting money from family, friends, and investors, and by pooling from personal savings. They will stay with the show until the end of its run on July 1, 2018.

Since the show was both Treatman’s and Koolik’s first producing credit, Koolik said that their first priority had been financial.

“[We wanted] to avoid losing our investors’ money,” Koolik said. “With Puffs, the show had been running so long and had already been so successful; we were confident we would get a return on our funding.”

Treatman described the project as “about as [financially] low-risk as an off-Broadway show in New York is going to get.”

Both students also have ongoing projects within the Columbia community. Koolik is the producer of Columbia Musical Theatre Society’s upcoming production of Urinetown, and Treatman is the producer of his own self-written show for Hillel, Written in the Stars, a podcast adaptation which he described as a “space western musical comedy.”

Their off-campus work has thus far proven to be more a matter of raising funds, while on-campus productions require a physical presence and engagement with the production.

Both young producers hope to soon be able to exhibit more creative control over their off-campus shows as well; however, their current role with Puffs is limited. But Treatman noted that despite the limitations, producing a professional show is also incredibly demanding.

“With our crazy class schedules and producing on campus … it becomes a matter of deciding how much is worth balancing for us: keeping up with our grades and getting out of here in four years, versus using these opportunities while we have so much momentum,” he said.

Koolik added that, for current students wishing to see Puffs performed live before July, the $20 student rush program would be in effect if they showed their ID at the box office beginning two hours before the performance.