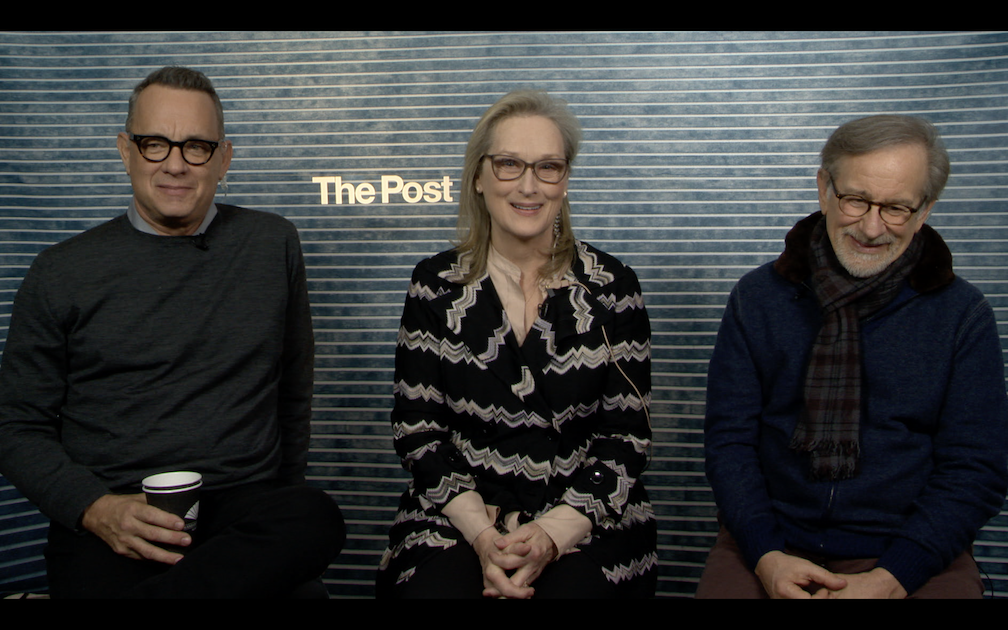 Meryl Streep hopes President Donald Trump watches her upcoming film, “The Post,” and walks away with a message.

“Stop the shenanigans,” Streep said on Friday in response to a question from Spectator during a video conference with college newspaper reporters. Her “Post” costar Tom Hanks and director Steven Spielberg also took part in the discussion.

“And give some respect to people who are operating on their principles and not on their appetite,” she added.

In the film, Streep plays Washington Post publisher Katharine Graham in 1971 as the paper weighs whether to publish leaked Pentagon secrets—known as the Pentagon Papers—and face prosecution by the federal government as a consequence. She stars alongside Hanks, who plays the paper’s editor at the time, Ben Bradlee. Streep and Hanks were on Columbia’s campus in August to film the movie’s Supreme Court scene in Low Library.

Streep said that she hopes Trump watches “The Post,” given that it focuses on President Richard Nixon’s efforts to silence the newspaper’s reporting on the Vietnam War—a tension that bears resemblance to Trump’s disdain for newspapers and calls to lower First Amendment protections of the press.

After Streep criticized Trump at the Golden Globes last January, Trump lashed out, calling her “one of the most overrated actresses in Hollywood.”

“I agree with him about that,” Streep told Spectator.

“No, I disagree,” Hanks interrupted. “She is the most overrated.”