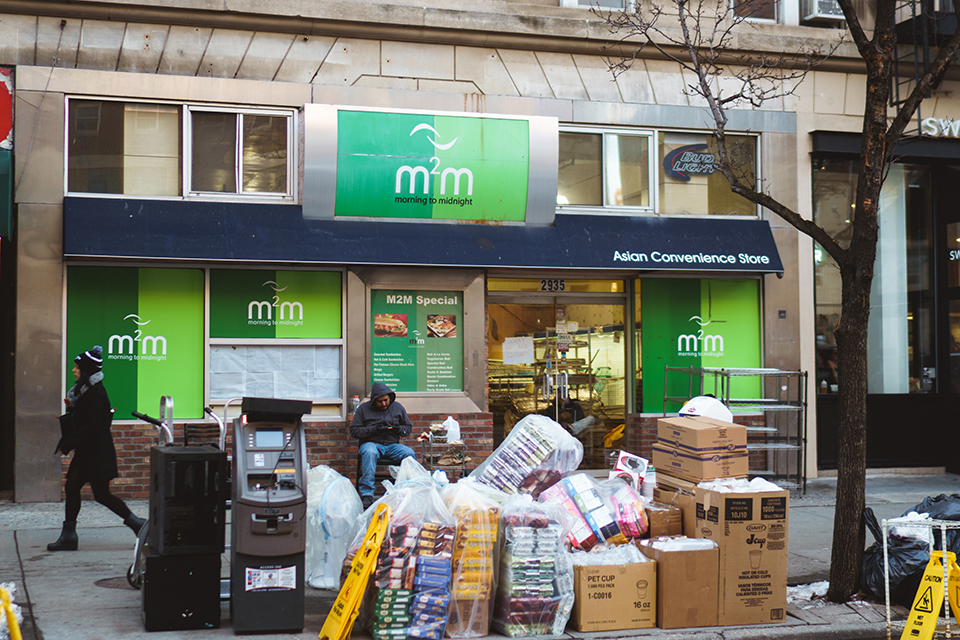 Asian supermarket M2M is closed as of Thursday.

Popular Asian supermarket M2M has closed its location at 115th and Broadway after its lease expired. The store’s leftover stock will be moved to its downtown location at 19 Waverly Place.

As a deli and supermarket, the chain grocery store was a hotspot for purchasing late night noodles and sushi.

For students walking down Broadway Thursday afternoon, drilling and smashing noises could be heard from around M2M. Refrigerators were being torn out and dumped on the curb as removal men worked to clear the shop, which now contains little more than empty shelves.

However, given the recent opening of a competing H Mart location on the corner of 110th Street and Broadway, a similar selection of Asian foods will still be available near Columbia’s campus.

Looking forward, managers of M2M told Spec that they do not know what store will be replacing the Asian deli.