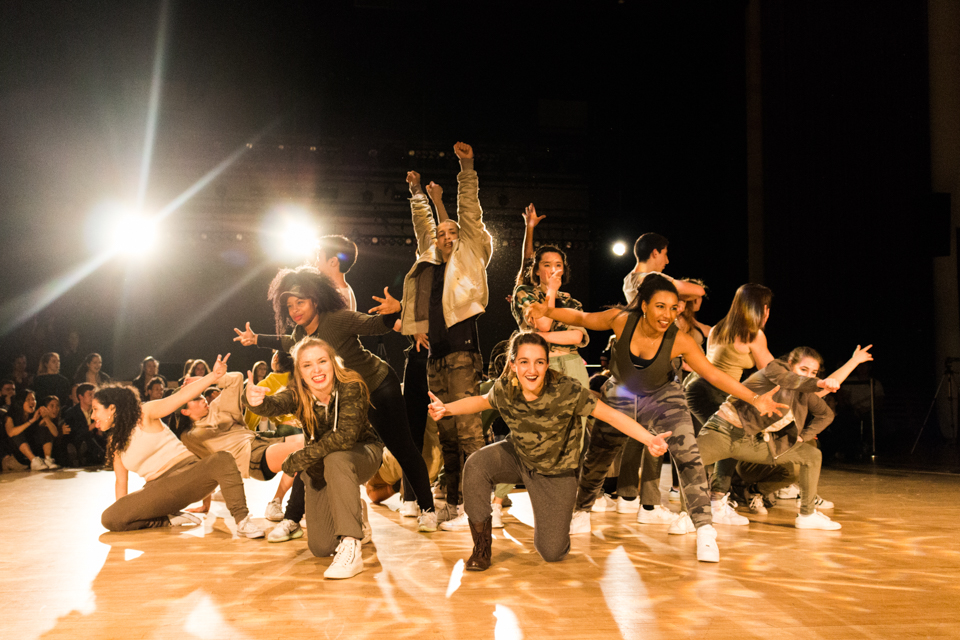 Before the doors opened at 8 p.m., a full half hour ahead of the show’s start time, a long line had already formed in front of Roone Arledge Auditorium. Students called out to their friends and held lively conversations as they waited in a line that snaked out of the lobby of Roone and onto the first floor of Lerner Hall, giving the student center auditorium the appearance of a happening club.

This vibe persisted throughout the hip-hop troupe Raw Elementz’s annual showcase. The production—titled RAWCUS: 360° because dancers perform on a circular stage in the middle of the auditorium floor—celebrated its 10th anniversary last Thursday night.

Raw Elementz danced in a total of five pieces, accompanied by guest performances from fellow hip-hop troupes Onyx and CU Generation, percussion ensemble Voltage, and Venom Step Team. The variety of acts was interspersed with animated dialogue from masters of ceremony Vanessa Chadehumbe, CC ’19, and Tarek Deida, CC ’19, of Thou Shalt Not, Bacchanal’s student opener from 2017. Altogether, this combination of dance talent and spunky commentary created an energetic and entertaining evening. 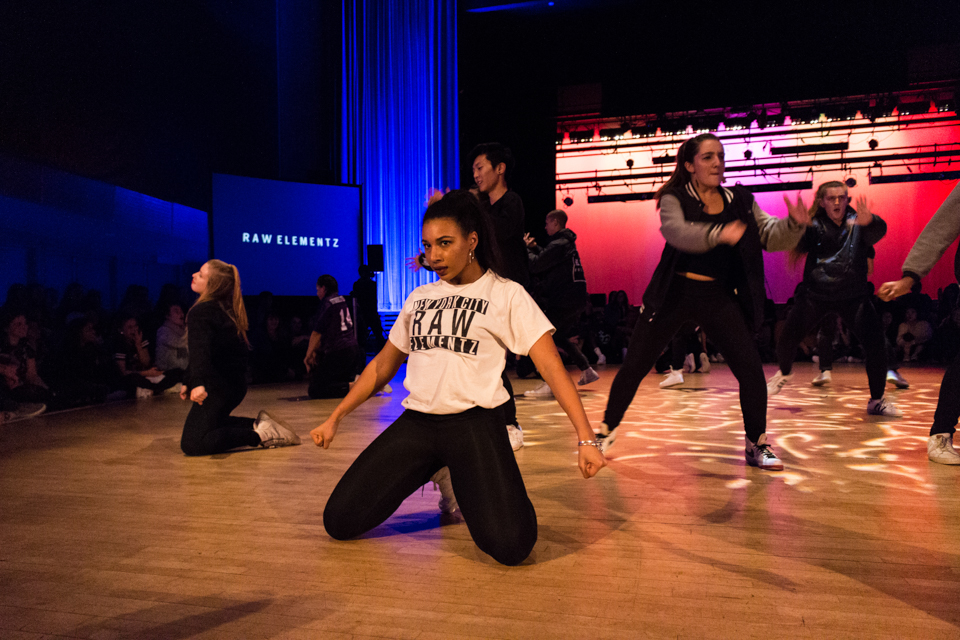 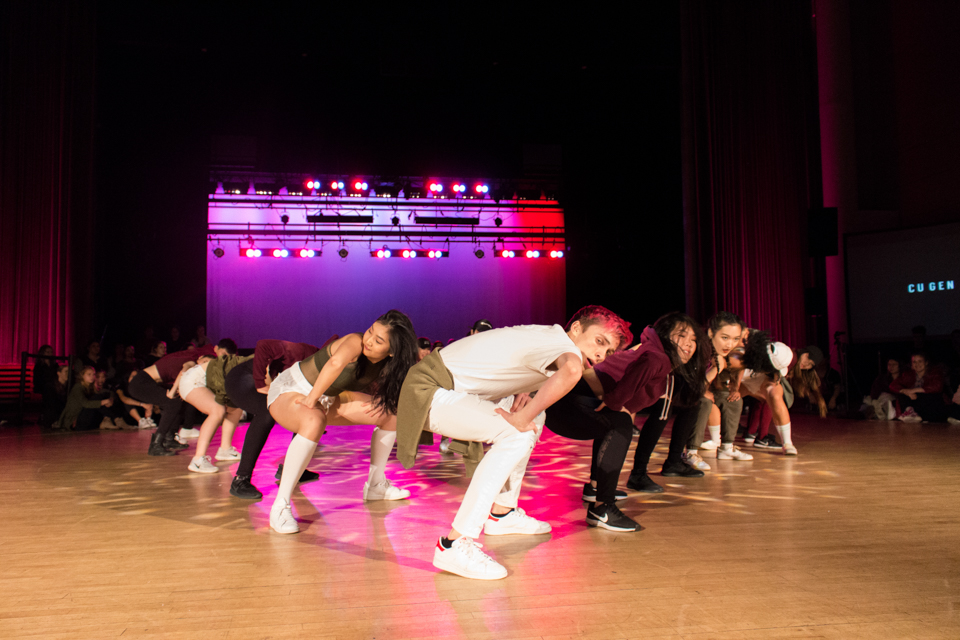 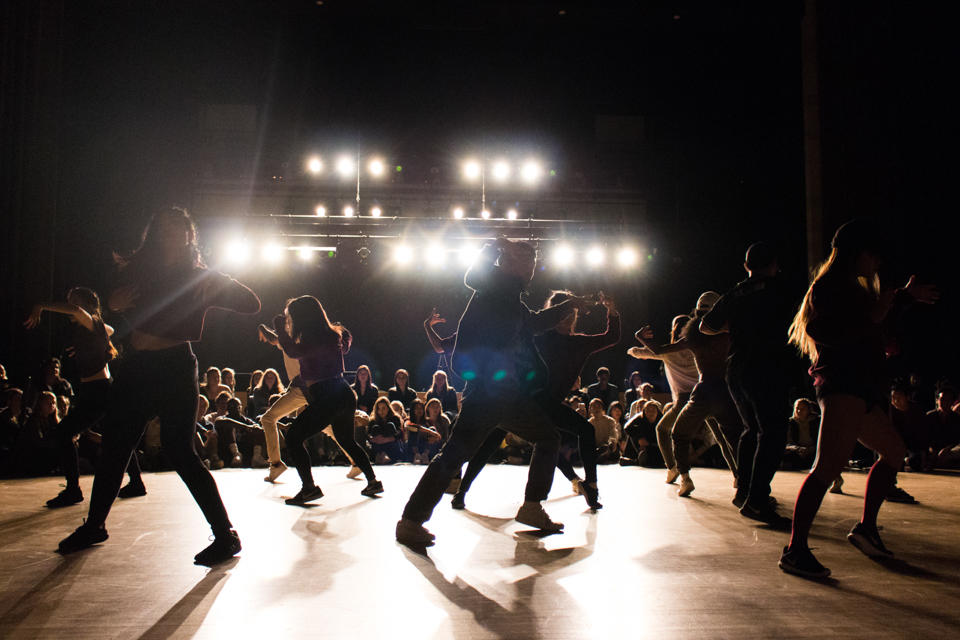 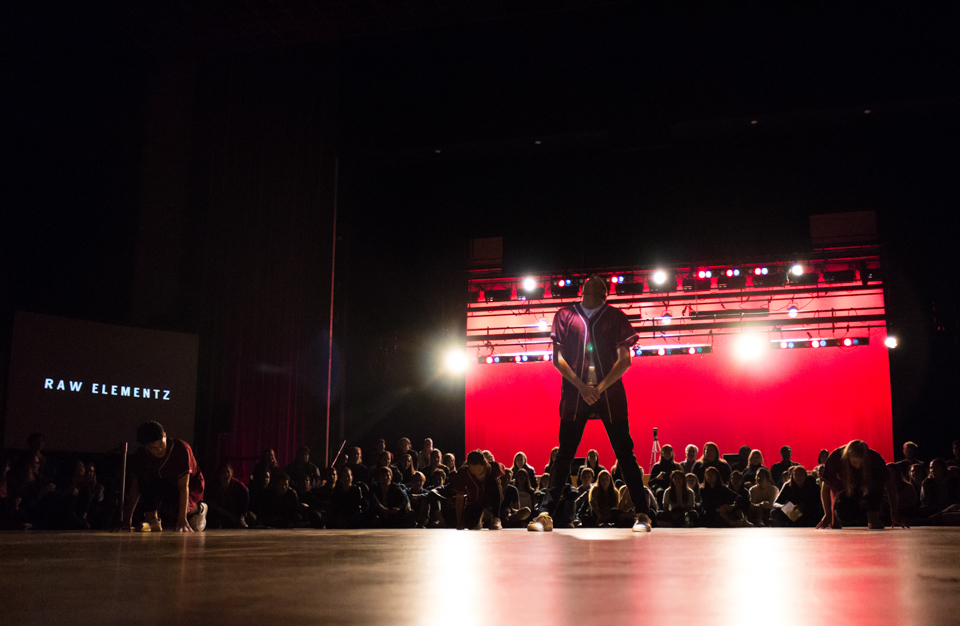 Raw Elementz began its first piece in a concentric circle in the middle of the stage. The troupe had some trouble adjusting to the difficulties of performing on the unconventionally shaped platform, and many of the dancers looked somewhat stiff and uncomfortable while others even occasionally collided with each other. Fortunately, it didn’t take the troupe long to get its footing, and the remaining four pieces were an impressive display of well-timed execution, captivating choreography, and engaging stage presence.

Many Raw Elementz alumni were in the audience, helping celebrate the troupe’s anniversary. The troupe’s third piece was entirely choreographed by alumni, and the dancers wore different items of merchandise from past years.

This sweet tribute garnered lots of audience enthusiasm, but the real highlight of the night was Raw Elementz’s second piece. It included an array of polished formations, including one in which five dancers started on the floor and then transformed into the shape of a car, corresponding to a song lyric about driving. The piece also included a lift and an impressive number of fouettés from one dancer.

The standout guest performance of the evening came from Onyx. The group was able to get the audience hyped up while executing a variety of cannons and level changes almost flawlessly. Although Voltage kept a good beat, it had a somewhat more difficult time with its stage presence. Although the dancers did have large drums strapped to their bodies, none of their movements seemed at all planned. They remained stationary in an off-center line for the first half of their performance and then sort of meandered around the stage for the second half.

Audience members got a chance to try their hand at performing on the 360° stage during dance-offs that the emcees hosted between pieces. Stickers were given out at the start of the show, and attendees with matching sticker numbers joined together onstage to battle it out against other pairs. Almost all participants were students, with the exception of one highly spirited middle-aged woman who stole the show and won the competition to massive applause from the audience. At a university with no shortage of talent, raucous enthusiasm was what made the aptly named RAWCUS such a success.