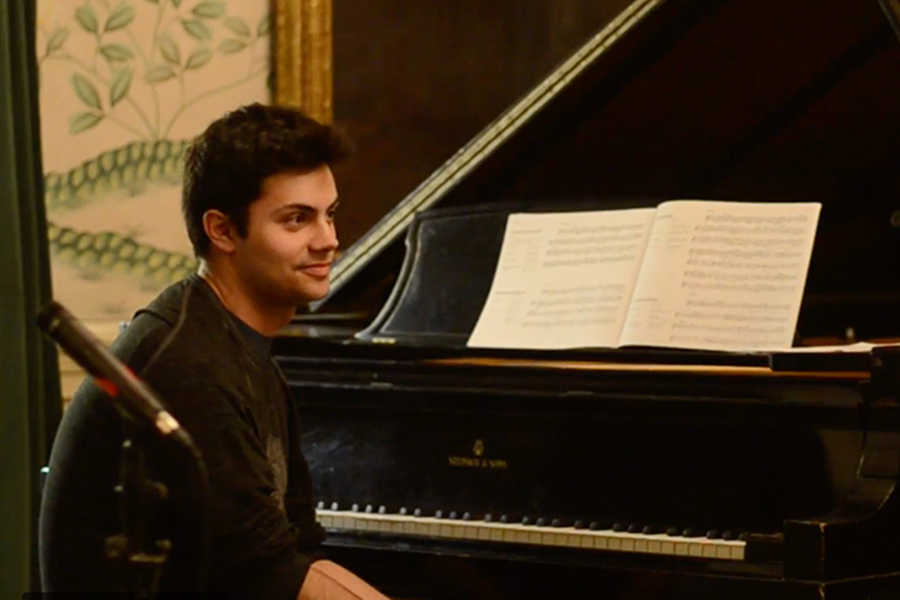 John Melendez, CC '18, founded jazz group Big Sur and played at venues across the city during his time at Columbia.

For John Melendez, Columbia was a chance to follow his passion for writing—both in English and in music notes.

“A lot of times on weekends and late at night when there’s practice space space available I would work then,” Melendez said. “It’s something I felt really strongly about it. I sort of made time for it.”

During his time at Columbia, Melendez has started a jazz group, played at venues both on campus and spanning boroughs, and dabbled in music genres from jam rock to bluegrass to free jazz. While his main instrument is piano, Melendez has also learned to play guitar, banjo, drums, gaita, and agogô.

“It made me think a little differently about playing piano and chords and chord shapes and things like that,” Melendez said.

He began by participating in small jazz groups and the Brazilian Ensemble before deciding to start Big Sur, his own jazz group, drawing on influences from others he had played with at Columbia. Big Sur gave him the opportunity to compose as well as play, experimenting with instruments that he hadn’t played himself.

“What maybe Columbia lacks in practice space or performance opportunities, it makes up for in diversity of people,” Melendez said.

His work with Big Sur and other jazz groups took Melendez all over the city, where he played in venues such as the Williamsburg Music Center, Shrine, and the New York Yacht Club.

For Melendez, New York City made for a unique experience as a musician: Taking most of the band’s instruments on the subway to play concerts and ending up at shows where the musicians were left unpaid presented problems, but also created a strong bond between him and the rest of his band.

“Having a band is a weird thing. In jazz, a lot of the time it’s a mercenary thing, or there’s a gig and people go and play together and then they never play together again. … One of the things I struggled with is that’s something in music I’m definitely really drawn to,” Melendez said. “Groups who have been playing together for a really long time until they really know each other really well, ideally they like each other and maybe they’re friends with each other but not necessarily, you can always always tell the difference.”

Although his major in an unrelated subject made it difficult to find time to practice, Melendez made sure to create time to practice music after classes at night and in the early mornings, when practice rooms weren’t full. The sense of community he gained from fellow musicians drove his passion.

“It definitely can be a stressful and a lonely place sometimes. I really do think it’s important to take time to spend time with the people you want to spend time with and care about your relationships,” Melendez said. “For me, in a way, that also ties back to music. So many people I’m close to have been through [making music]. It’s part of making a time for music—it’s also making the time to hang out with people and go to concerts together and listen.”