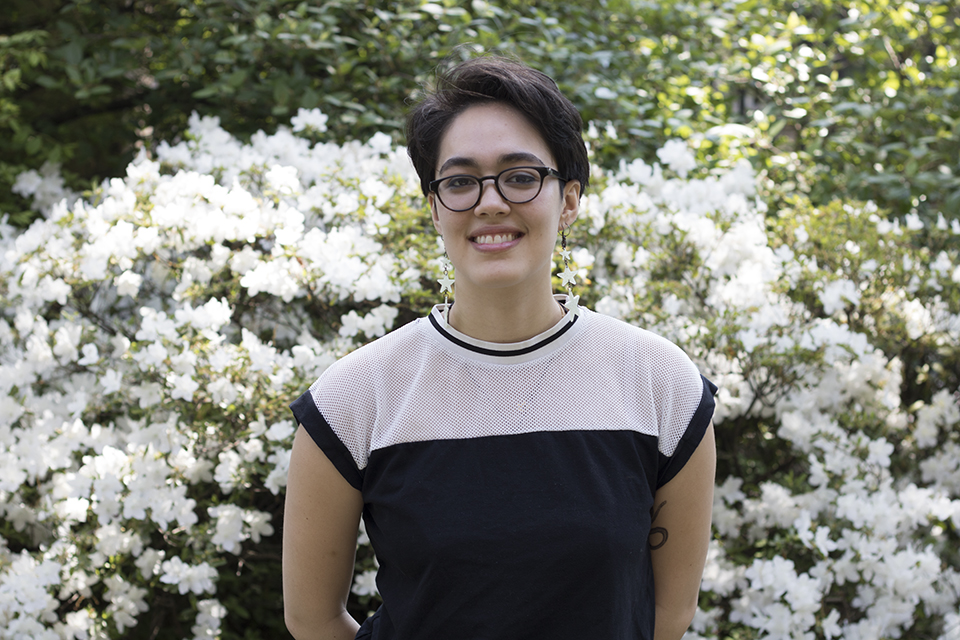 Sylvia Korman, BC '18, was involved with King's Crown Shakespeare Troupe for eight semesters and hopes to study Renaissance literature at a Ph.D. program.

While attending a broadway production of Shakespeare’s “Twelfth Night,” Sylvia Korman, BC ’18, came to a realization that would influence how they spent the next four years of their life.

“That was the first show that made me think about theater as work, because it was so well crafted, and it was shocking how distinctive and idiosyncratic that production was,” they said. “Suddenly I was like ‘Oh, people make theater. It doesn’t just happen, people do this. That’s really cool.’”

Korman, who only participated in one play in high school, would go on to work on a King’s Crown Shakespeare Troupe production every semester of their Columbia career, becoming president of the troupe in their senior year. Among the variety of positions they have taken while working with KCST, all of which have been backstage, Korman has directed two shows, fall 2016’s "Rosencrantz and Guildenstern Are Dead” and fall 2017’s "Measure for Measure,” and served as assistant directed for spring 2016’s “Macbeth.”

“I really like assistant directing,” Korman said, “It was just so fun to be able to be in that position, like not the Sherlock Holmes position, but Doctor Watson position. When you come into the room, and you don’t have to have the answer.”

Korman cites their enjoyment of creating art one of the reasons they enjoy being a part of KCST, and recommends theater to people looking to find a sense of belonging within Columbia.

Along with creation of art and the strong, influential relationships with others that Korman has forged by being in the troupe, the ways in which interacting so intensely with the Shakespearean texts has changed their relationship to these works are part of what make putting so many hours in worth it. As a director, Korman had to find a way to balance rehearsals that ran from 8 to 11 p.m. every night from Sunday to Thursday with their academic work and their work as a writing fellow.

Korman uses their gig as a WBAR DJ, which they describe as their “hobby from their hobby,” as a break from this balancing act.

“It’s nice to have this other thing where I can obsessively curate playlists,” they said. “Knowing I need to pony up some new material every week has really forced me to stay listening to music and stay exploring music.”

Korman’s next goal is to get a Ph.D. in Renaissance literature and to keep Shakespeare in their life, an aim with a clear mixture of academia and theater that they attribute to being able to be involved with both KCST and the Writing Fellows program at Barnard.

“I want to run a writing center someday, and I want to keep thinking about Shakespeare, and that clarity of imagination comes from doing so much of both of those types of work here,” they said.