A first look at e’s Bar, the pub replacing Amigo’s on Broadway

A first look at e’s Bar, the pub replacing Amigo’s on Broadway 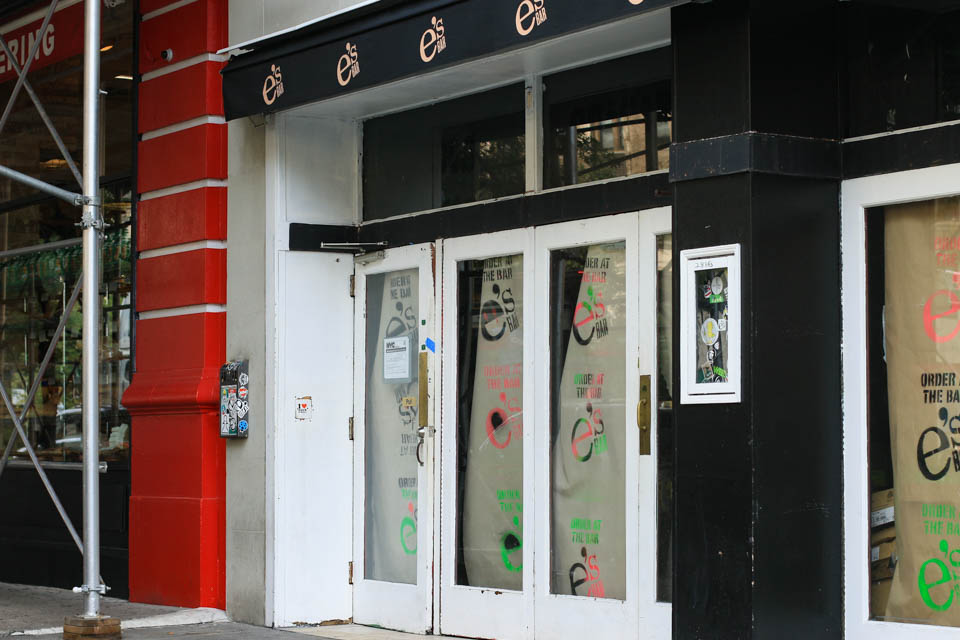 e's Bar, which will replace the popular Mexican restaurant Amigos, is set to open at the end of September.

Following the closing of popular Mexican restaurant Amigos last December, e’s Bar is set to fill its vacancy at the end of September.

The bar’s opening at 113th Street and Broadway will mark its second Manhattan location, following its flagship on West 84th Street. Patrons will be able to order burgers, flatbreads, and vegetarian-friendly bar snacks either at the bar or on iPads at their table, with discounts available to students who present a Columbia ID.

The Upper West Side flagship is known for its jukeboxes, stickers covering much of the bar’s surfaces, and selection of over 250 board games. The new location will continue emphasizing games and rock-and-roll music, but will implement a 21+ entry policy at all hours as a result of its lease requirements.

“One of the reasons we have the games is that what we don’t want is a bunch of people sitting next to each other on their cellphones,” e’s co-owner Erin Bellard said. “We want interaction like the dive bars of the 80s and 90s.”

e’s made the announcement in an Instagram post on June 29, with a photo showing the building’s exterior windows covered with the e’s logo and the former Amigos awning still in tact. No further updates have been announced by e’s since the post, but renovations have continued.

“We aren’t having a huge party, we’ll just open the doors and be ready to be here,” Bellard said. “We want to make sure that this is a Columbia safe haven where we provide discounts and make you guys feel at home here.”

No set date has been confirmed yet, according to Bellard, but construction has progressed with the installation of new kitchen equipment and an updated bar scheduled to arrive the first week of September.