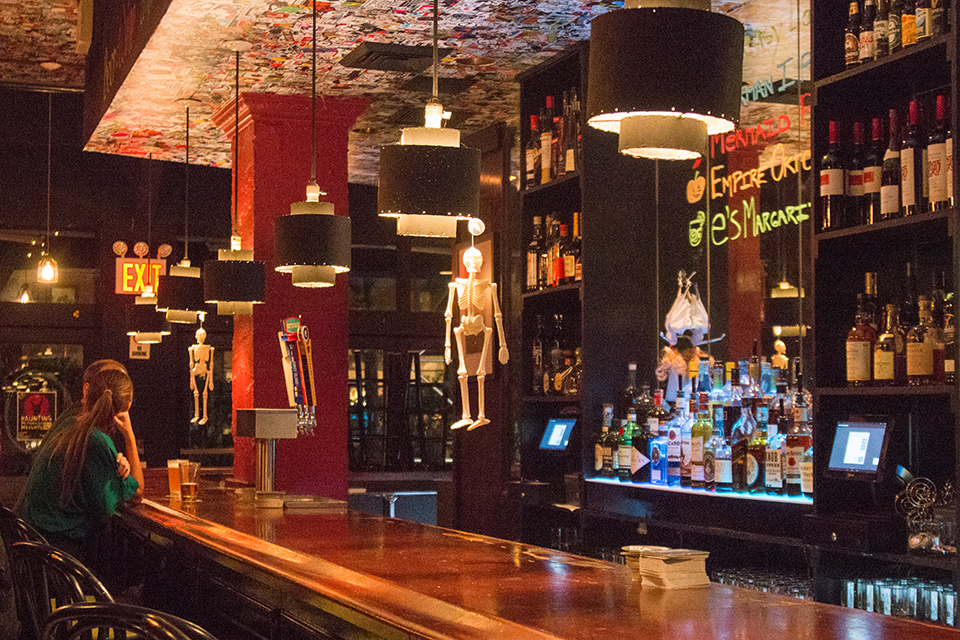 e's BAR offers both a full standing bar and a restaurant.

It’s true: A new bar has joined the ranks of Morningside Heights establishments—and it has a jukebox and pinball machine.

On Thursday night, e’s BAR celebrated its official opening. Located between 112th and 113th Streets on Broadway, the bar and restaurant offers drinks, food, and board games in a retro setting, combining Applebee’s-style dining in the back and a standing bar in the front.

With “Smells Like Teen Spirit” by Nirvana playing on repeat, the atmosphere on Thursday night was buzzing. Drinks flowed freely, and enormous plates of cheesy nachos were generously distributed throughout the bar.

The demographic was an even split between students and non-Columbia-affiliated residents of the Upper West Side, with more undergraduate students rolling in as the night progressed.

e’s BAR is set to have a Halloween costume contest on Oct. 27 and is going to offer karaoke and trivia nights frequently throughout the year.