Latinx Heritage Month concludes with celebration of fashion, nature, and the Latinx identity

Latinx Heritage Month concludes with celebration of fashion, nature, and the Latinx identity 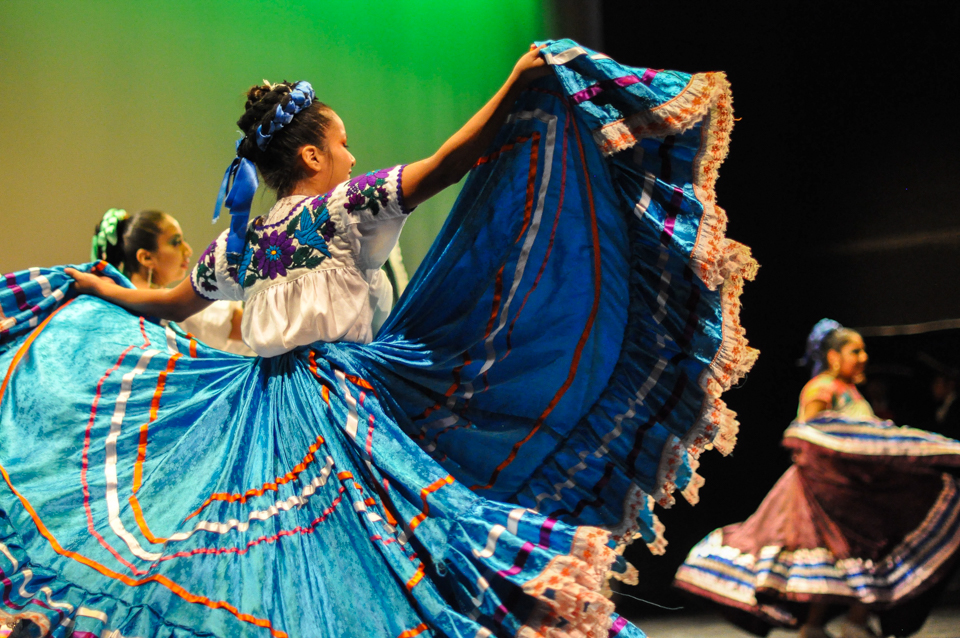 With the smell of Dominican, Mexican, and Cuban food wafting through the air, students, dance groups, high fashion designers, and the chief financial officer of Designer Shoe Warehouse took to the stage to celebrate the conclusion of Latinx Heritage Month at Columbia.

The closing ceremonies were held Saturday night at Roone Arledge Auditorium, where an evening of festivities concluded a month of celebrating the Latinx community both on campus and in Morningside Heights through a series of events. Dance performances, dinner, and a runway all served to highlight one of the event’s central focuses: diversity within the Latinx community.

Co-chairs of the closing ceremonies, Natalia Figueredo, BC ’19, and Kristal Estrella, BC ’19, stressed the importance of recognizing all members of the Latinx community at the event.

“Because the Latinx community is already so small on Columbia’s campus ... we wanted to ensure we were representative of everyone who identifies as Latinx,” Estrella said.

Such a message of diversity was powerfully represented in the evening’s performances and runway shows. Dinner served came from local Honduran, Mexican, and Cuban restaurants Tropical Sensation, El Porton, and Floridita.

Student groups Sabor, Onyx, and Raw Elementz also gave vibrant performances before the show’s focus shifted to fashion, and with it an emphasis on the theme of the night: “La Jungla Indomable: Reclaiming our Ancestral Roots.” Figueredo and Estrella sought to bring about a greater discussion of what it means to be a part of the Latinx community with “la jungla indomable”—the untamable jungle.

“What we meant by the untamable jungle,” Figueredo said, “is to signify that we cannot be tamed by stereotypes of the Latinx community: Our identity is what we make of it.”

The event sought to empower the Latinx community by commemorating its roots as an indigenous population.

“Everything we do today is particularly linked back to the environment, especially in the Latinx identity,” Estrella said.

Designer Ferret Campos displayed his women's line, which underscored such a connection to nature, after an introduction in an impromptu speech by his partner, Jared Poff, the CFO of Designer Shoe Warehouse. The first of his pieces of the night was a flowy, ruffled dress whose top half was garnered with a bouquet and whose bottom half was comprised of matching dark green lace.

Other Latinx designers followed, including Honduran brands Daysi Collection and Garçon Couture, and El Salvadoran designers Martania and Zótico. All the pieces worn at the show were donated for the evening and modeled by Columbia students.

Despite each designer’s impressive résumé, it was the student-made line, titled “Los Raros,” that was the most artistically and socially cogent.

Light outfits were bestrewn with faux flowers, vines, and words such as “savages” written in large font on the models’ chests and backs. The evening’s concluding show displayed a provocative, powerful, and physical manifestation of the “reclaiming” of the stereotypes and derogatory words typically used to belittle the Latinx community.

Indeed, the closing ceremonies of Latinx Heritage Month provided a starkly different representation of the Latinx community than that afforded by stereotypes and degradation. The event celebrated a richly diverse community that finds empowerment both in its shared ancestry and divergent identities.