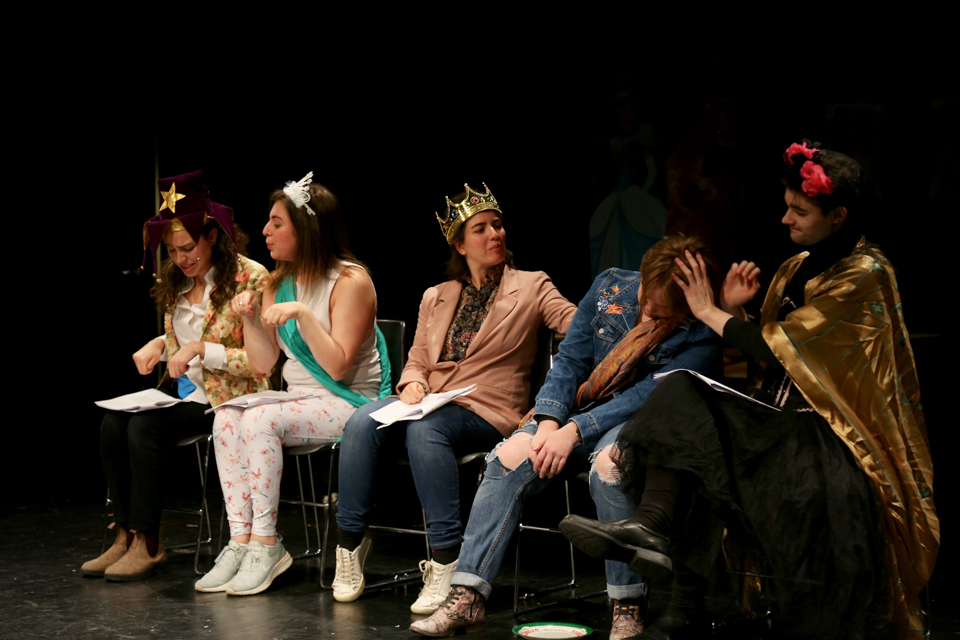 Once upon a time, epic political and economic problems torpedoed the balance of contemporary society. With only 100 years left against climate change for the human race, one immense question needed to be asked—can Olaf really be a fairy princess?

Olaf is loyal, likes warm hugs, wants to kiss Hans, and now, the lovable anthropomorphic marshmallow has his own theme park attraction at the Disneyland in Anaheim, CA called “Olaf’s Snow Fest.” With that flawless logic, the audience on Saturday night magnanimously voted to promote the adorable character resembling an oversized stack of toilet paper.

The King’s Crown Shakespeare Troupe’s annual Egg & Peacock festival took place on Feb. 23 in Lerner Black Box—the title this year being the Princess Edition. Egg & Peacock, a series of sketches written, cast, and rehearsed in approximately 20 hours, is similar to Columbia Musical Theatre Society’s 24-hour musical format. The Princess Edition was the 13th Egg & Peacock extravaganza, and while last year there was no festival, producers Sarah Cook, BC ’19, and Deena Zucker, BC ’19, are determined to see the show go on.

“It didn’t happen last year because no one proposed for it,” Cook, running on only 90 minutes of sleep, said. “It didn’t go away; it just took a hiatus.”

This year, Cook and Zucker found a theme that could be explored in a variety of ways, and, by some vague tragedian tangent to royalty, could be tied to the heart of KCST: Shakespeare.

“We wanted [a theme] that could be lighthearted,” Cook said. “It was more ‘princesses’ because we could pull a lot of different tropes from it and give those to all of the different writers.” 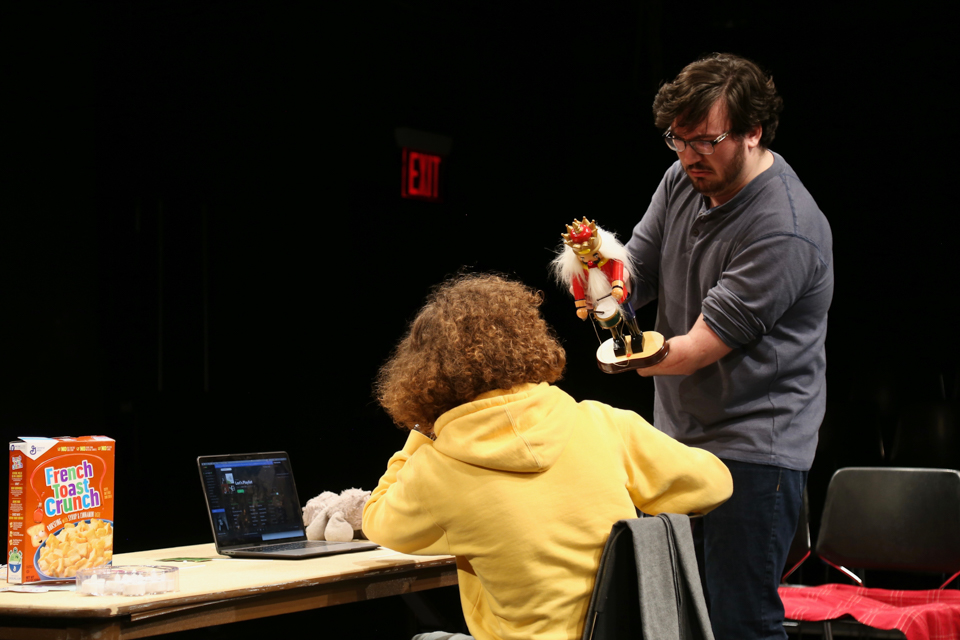 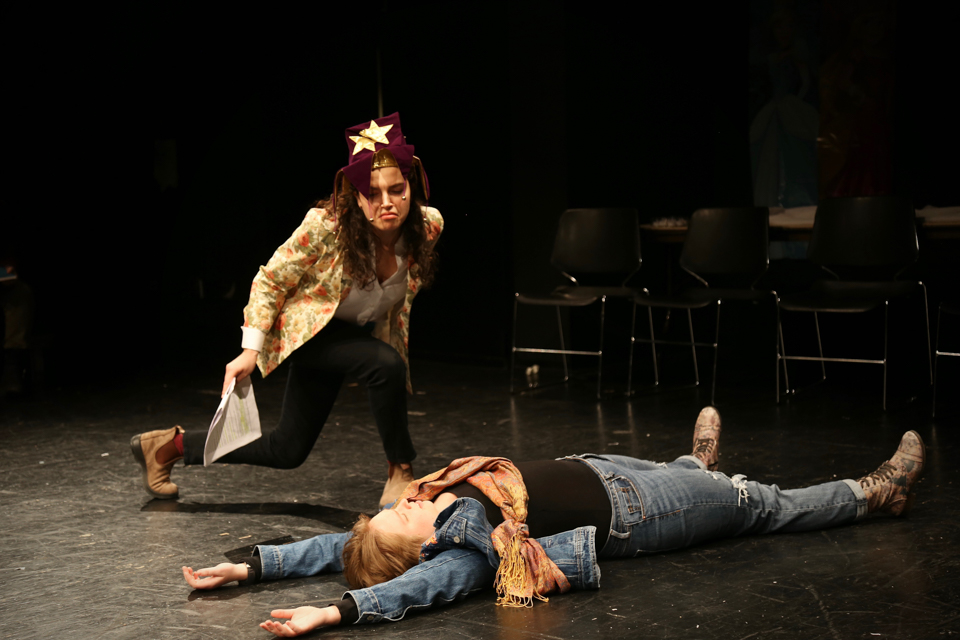 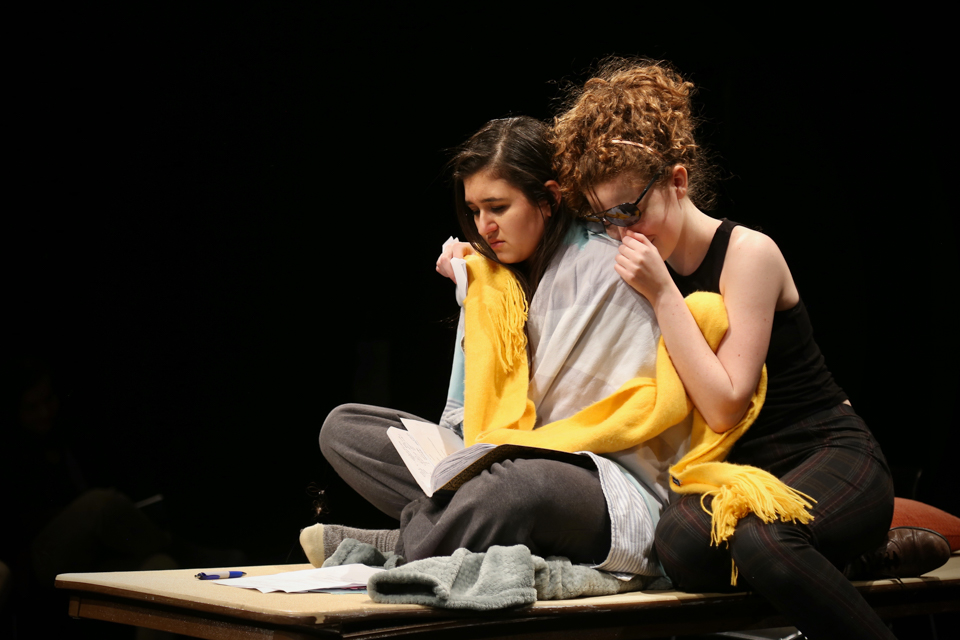 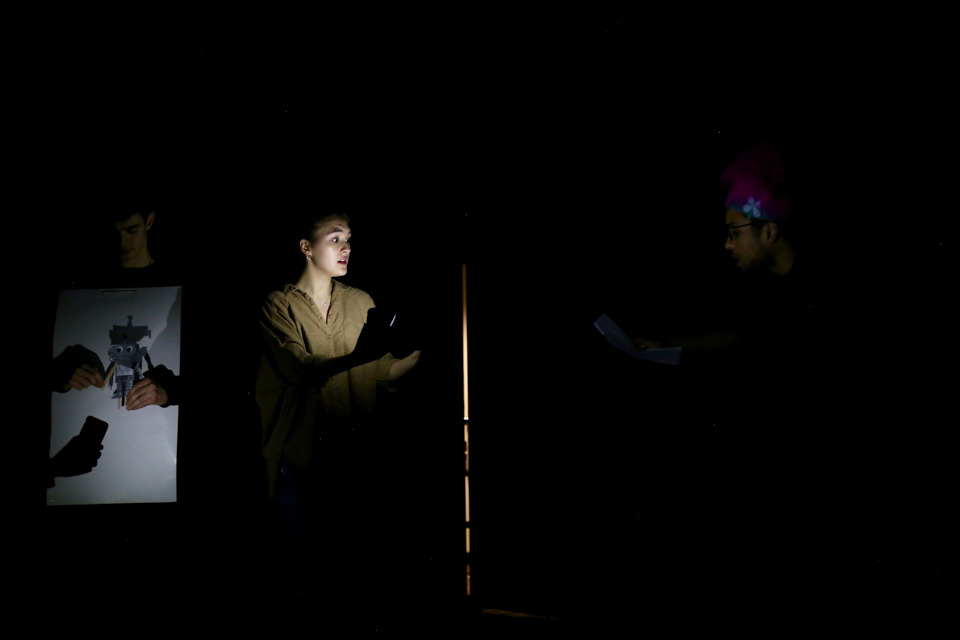 And lighthearted it certainly was.

The fifth floor of Lerner witnessed a grown man chomping on Ferris spinach using only his neck muscles, a unicorn’s quest for a Canada Goose jacket—reduced to a brief rummage by the line “Honey, this is Columbia”—ball-crushing nutcrackers, the orchestral version of “Bad Romance,” a Haribo gummy bear eaten from the brasserie of a dead princess named Delia, and a fiery debate over the legitimacy of Princess Olaf.

The series of sketches was neither short of banter nor lacking inventive uses of the theatrical space.

In the final sketch, a lunar musical that saw a moon princess start a platonic family with a pink-haired Troll Doll and “Earth Robot 3” and then kill her father (oh, yes, thank you Star Wars), all the lights in the auditorium went out. In the darkness, iPhone torches carried by the actors illuminated the dark side of the moon, spotlighting the faces of the various characters and casting spooky shadows onto the walls.

While Egg & Peacock is not the magnum opus of KCST, like XMAS!, CMTS’ 24-hour musical, and insert-a-pun-Orchesis, there is more to the festival than its final products. The process exhibits the capability for creative groups to produce in limited time frames, the capacity to generate quality-ish content under pressure, and their astounding ability to crack open a cold one with the princesses.