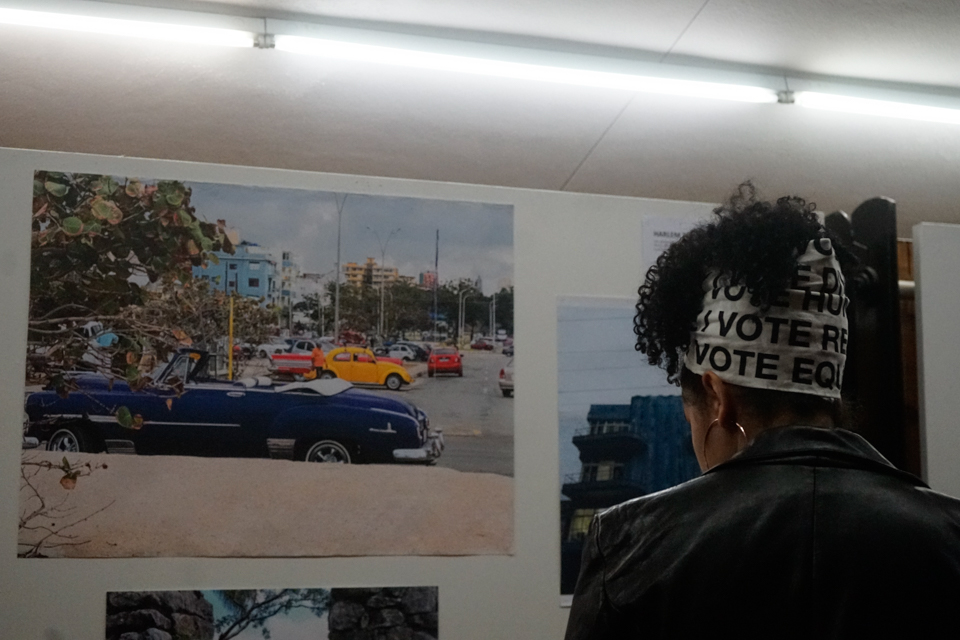 “Redefining the Center” hopes to illustrate and alter the frustrating fact that white male artists sit at the center of most historical narratives of art.

From March 29 to April 3, the Altschul Atrium at Barnard will be home to art curated and created by artists of color, as part of Bold, Beautiful, Black at Barnard and in association with Ratrock Magazine. Founded in 2018 by Phanesia Pharel, BC ’21, as part of Barnard’s Student Government Association’s Committee on Inclusion and Equity, the event looks to give women of color access to the arts.

“There’s no entry way. There’s no diversity recruitment. You have to find your way into the arts, which I think is one of the biggest problems I have with the arts as a whole,” Pharel said of the intention behind the weekend’s increased focus on the arts.

Like its title, the exhibition, “Redefining the Center,” looks to not only place generations of black femme artists in the spotlight, but also hopes to illustrate and alter the frustrating fact that white male artists sit at the center of most historical narratives of art, taking its foundational ideologies from the third-wave feminist movement.

Various mediums were incorporated into the exhibition including sculpture, dance, film, and photography. Biographies of the artists were placed alongside their work.

On Friday March 29, during the official opening, dancers Carla Melaco, BC ’21, and Elise Logan, BC ’21, took center stage in the atrium for a live performance. The contemporary dance routine explored the themes of intimacy and brought out the essences of black female solidarity. Photographs of the dancers performing the routine in the Diana Center—stills taken by Sabine Ostinvil, CC ’21—are placed next to their biographies.

One of the individuals Pharel could not see the exhibition existing without is playwright and poet Ntozake Shange, BC ’70. As an artist and teacher, Shange was intent on the creation of a unique aesthetic and form of expression for black women. Photographs of Shange teaching her students can be found in the exhibit and a letter documenting Barnard’s acquisition of Shange’s work.

From an artist of a past generation to the introduction of those in the present, the biographies around the room have a specific purpose. In order to create a new world order, the individuals within the new canon need to be known and renowned: Pharel, Mariah Viman, BC ’21, Djassi DaCosta Johnson, BC ’96, Melaco, and Logan, to name several involved.

In contrast to performance and dance, Viman’s art uses architectural methods—tracings, geometry, and modeling, a process which resulted in the creation of a mask. The mask was inspired by Viman’s personal experience with facial dysmorphia, a condition that causes the sufferer to misperceive the appearance of their own face.

“A visual representation of my facial dysmorphia as a child due to society’s obsessive admiration of white beauty standards,” Viman writes, and below the statement is a picture of the artist wearing the mask.

The meaning behind the mask in many ways serves as a representation for the exhibition as a whole. Not only is the exhibition personal to each artist, but the works also pervade space and time as a reimagining of how we should view the creative universe.

As Viman’s mask replaces the masks of white Ancient Greek playwrights, “Redefining the Center” wants to replace the entire story of Western art with another. This time, instead of the story beginning with the return of Agamemnon, it begins with a simple art exhibit, right in the heart of Barnard’s campus.