Brenna Webb, GS ’20, speaks on her first directorial short, “Let’s Do Drugs,” and the friendships that define it

Brenna Webb, GS ’20, speaks on her first directorial short, “Let’s Do Drugs,” and the friendships that define it 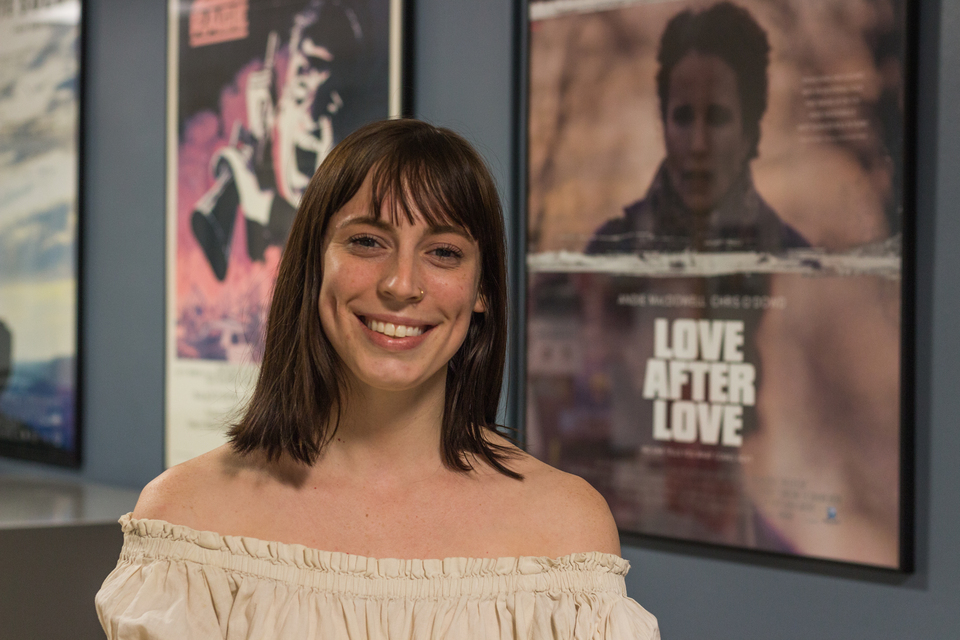 Brenna Webb, GS ’20, is writing and co-directing her first short film, “Let’s Do Drugs,” with technical and financial support from her friends and fellow students.

It’s no secret that student film is on the rise with the recent burst of new productions, such as the late-night show CU Tonight and the absurdist comedy “The 1 Train is Delayed.” Joining the ranks of these undergraduate filmmakers is Brenna Webb, GS ’20, who is writing and co-directing her first short film, “Let’s Do Drugs,” with technical and financial support from her friends and fellow students.

“The film is about a girl named Devin as she heads into her senior year [of high school], and it’s her last day of summer. At the start of the story, there’s a tension with [her and her friends] as their identities are growing, and they have the pressure of going on to college next year,” Webb said. “They go on this quest around New York City for ecstasy.”

The short is a self-described black comedy that aims to focus more on the friendship of the girls than the ecstasy itself. As the film progresses, the characters encounter increasingly absurd obstacles, such as a drug dealer who is also a “mama’s boy.”

“I have really ... focused on how bleak their circumstances are, but with really funny characters that [...] handle these situations, which are ridiculous,” said Webb.

These characters are partially drawn from Webb’s own life—with clear parallels between Webb’s and Devin’s adolescent experiences. These experiences underlie the theme of identity that is central to the short.

“[It’s an] anticlimactic drama of being 17 years old,” Webb said. “When I was in high school, I really resonated with these girls because I didn't have any sort of sense of self, and I would make up for it by being some wild child who would sneak out and drink a bottle of cheap rum with my friends.”

The project is being co-directed with Kate Hefner, CC ’20, the producer of CU Tonight, and was funded in part by the Delta Kappa Alpha fraternity, a self-proclaimed professional cinema society. Webb successfully pitched the film to the fraternity this past spring and received 500 dollars in funding, the fraternity’s maximum financial support for a project, according to Webb.

With that initial financing, Webb and Hefner turned to crowdfunding to reach their desired budget of $3,000, starting a GoFundMe to send to their friends and family asking for support.

“As much as I can say it’s a little embarrassing—we have over $1,000 in less than a month, and my friends are students. My friends are artists … but they have been so generous with their five dollar donations that it just added up,” said Webb. The production is representative of community—Webb’s friends at Columbia enabled her to tell a story about her time with her friends in high school.

The short will enter post-production over the summer, after which Webb and Hefner aspire to showcase the film in various festivals, including the Columbia University Film Festival held annually in Los Angeles.

“We're hoping to send it to festivals, [which have a] submission process in summer-fall of next year,” said Webb. “But now we're looking into South by Southwest, Sundance, [and] Toronto.”

Auditions for the short began this past Saturday, with shooting scheduled to commence in late April across Manhattan and Brooklyn.