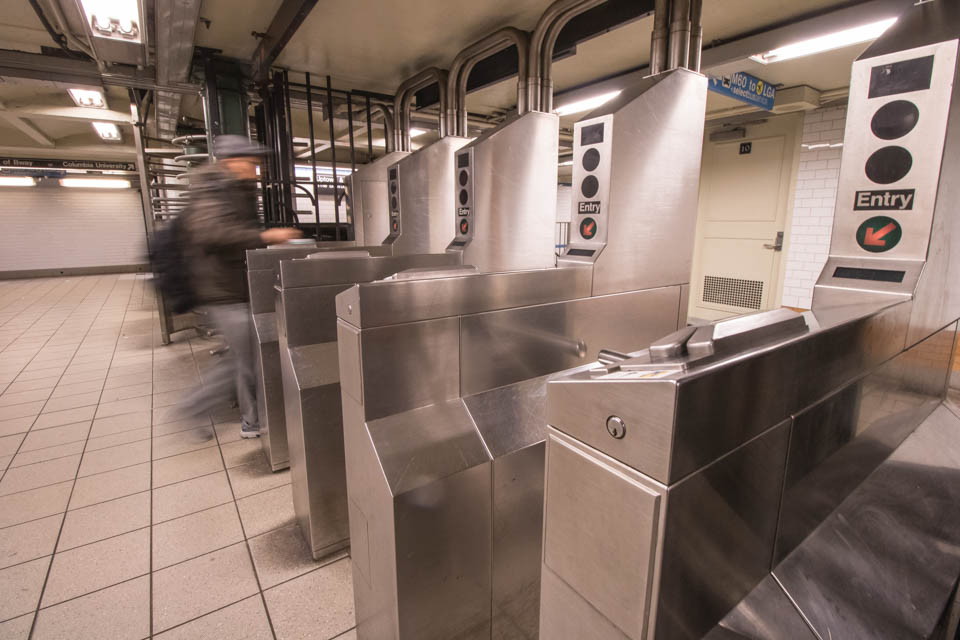 The annual event brought hundreds of students on an adventure to Coney Island, taking the subway by storm.

While other schools may have highly attended football games, tailgates riddled with red Solo cups, and fraternities allowed to party, Columbia has the 1 train.

The party began well before the subway had departed, as students arriving at the 116th station from pregames and Butler study sessions joined a spirited crowd eager to board the delayed train and begin the night’s exploits.

“It’s pretty wild. … People are pretty rowdy,” said Matt Zinman, CC ’21, waiting among the crowd for the train to arrive. “Everyone has been anticipating this, especially with the frats on probation. I think this is a much needed night out for Columbia’s community.”

Indeed, Columbia’s community felt alive in the subway station—the electric atmosphere seemed to be plucked out of an admissions video. The Columbia fight song made its first appearance as the crowd transitioned from screams recognizing familiar faces across the platform to screams of “roar, lion, roar.” It already felt as if the echoes of the Hudson Valley were reverberating and the night had barely started.

“You could only describe it as the spirit of youth,” Patrick Phelan, CC ’22, said.

When the 1 train finally arrived, the crowd turned to chanting “MTA! MTA! MTA!”—perhaps the only time Columbia students have felt a sense of pride for their New York City public transportation. Unsuspecting 1 train patrons spread thinly across a mostly empty 12 a.m. train were met with a rush of students collapsing upon any and all free space in the subway cars, filling them with the ethos of Subway Party. Students soon turned toward songs and sentiments universally shared: “Fuck Cornell” chants were followed by Smash Mouth’s “All Star” and Journey’s “Don’t Stop Believin’.”

Upon arriving at Times Square to transfer to the Q train, the mob’s energy multiplied as if egged on by the performative nature of the evening’s tomfoolery. Confused MTA employees and late-night subway riders watched in puzzled amazement as the students marched in the hundreds through the station’s tunnels, filling the cramped airspace with collective cheering and another round of the Columbia fight song. When confusion struck as to which subway line to get on, the group turned to its collective voice, chanting in unison, “not our train, not our train!”

By 2 a.m., the Columbia entourage had landed at Coney Island, met with a cool breeze and the frigid waves of the Atlantic. Yet, inspired by tradition and undeterred by the less than favorable conditions, students approached the beaches to complete the evening's revelry, making a splash worth remembering.

“The energy, the crowd, the experience—it feels like it could be New Years,” Malachi Jones, CC ’22, said. “Maybe it’s just a new year for partying at Columbia.”