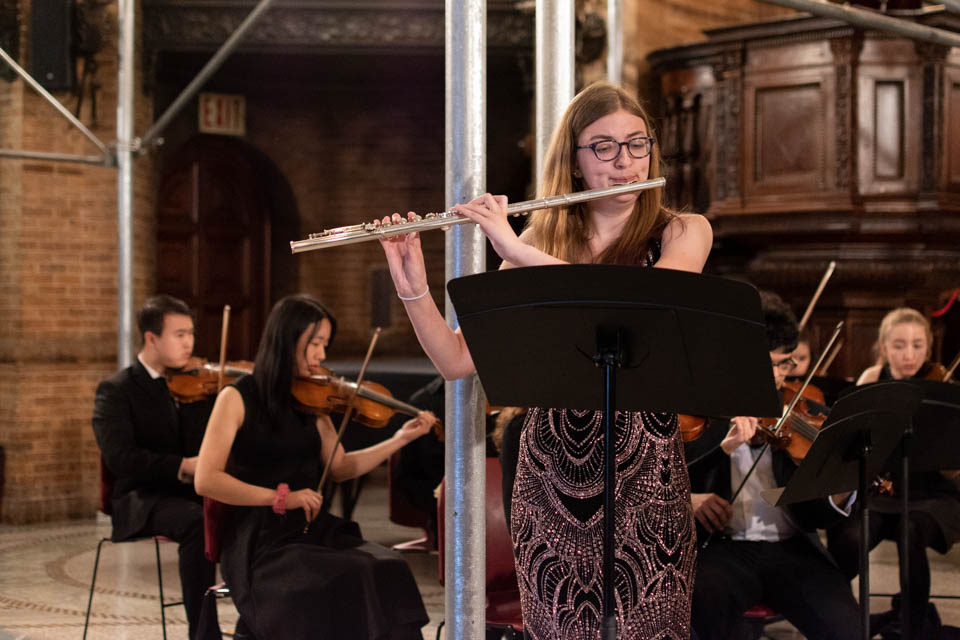 The Bach Society performed a “Bach to Bach” concert in celebration of its 20th anniversary.

Musicians always have each other’s Bachs. Bach-puns aside, the Columbia University Bach Society has promoted companionship alongside musicianship for the past 20 years.

The Bach Society performed a “Bach to Bach” concert in celebration of its 20th anniversary at St. Paul’s Chapel on Saturday night. The performance featured 40 musicians and was conducted by the Society’s Artistic Director Andre Chan, CC ’21.

Founded in 1999 by Ken-David Masur, CC ’02, the Bach Society is the only student-run orchestra and choir ensemble on campus and is comprised of both Columbia students and musicians from around New York City.

Featuring selections by the famed composer Johann Sebastian Bach and his son Carl Philipp Emanuel Bach, the concert certainly lived up to its name.

Three chorales from “St. Mark Passion” by J.S. Bach alternated between recitative performed by Lex Baird, CC ’21, and chorus sections accompanied by the orchestra. Flautist Madelyn Baker, BC ’19, was the featured soloist on J.S. Bach’s “Flute Concerto in d minor”, a dynamic piece filled with both virtuosic intensity and soothing lyricism.

The Bach-mania did not end there. An original manuscript partially written by J.S. Bach of the organ part to his Cantata BWV 7 was displayed in the aisle throughout the performance, courtesy of WKCR Classical DJ Teri Noel Towe. 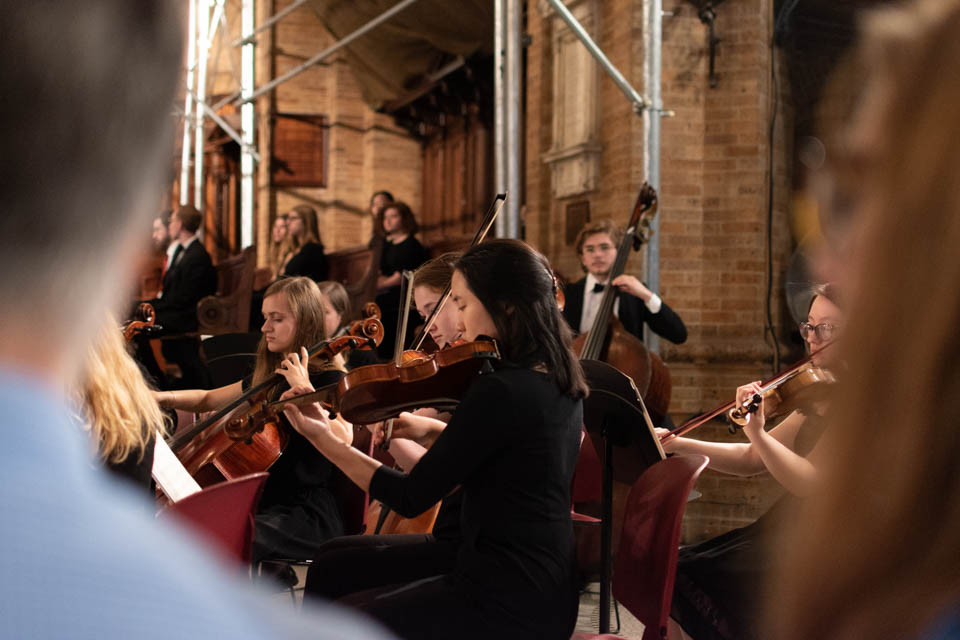 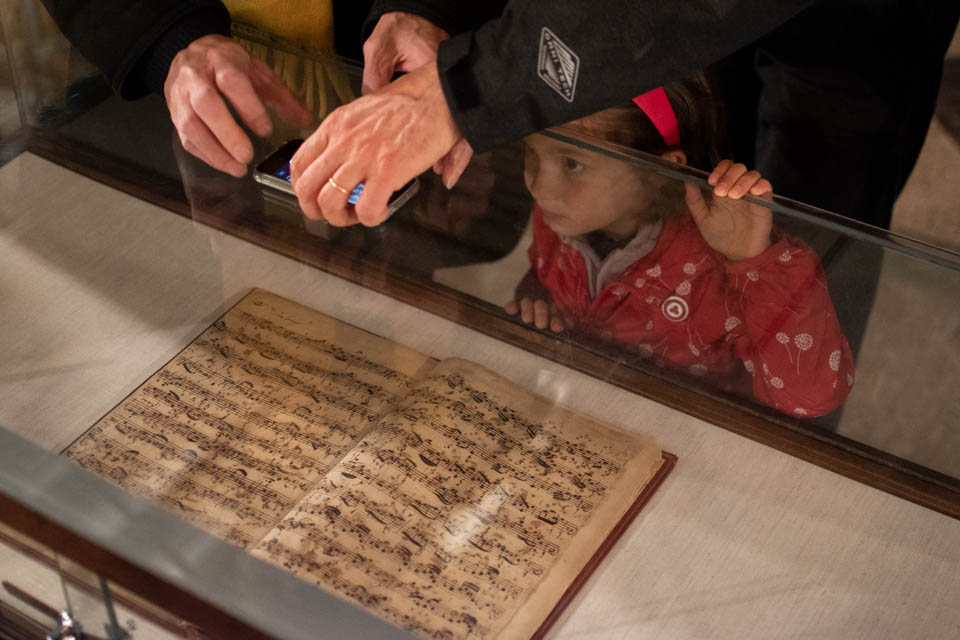 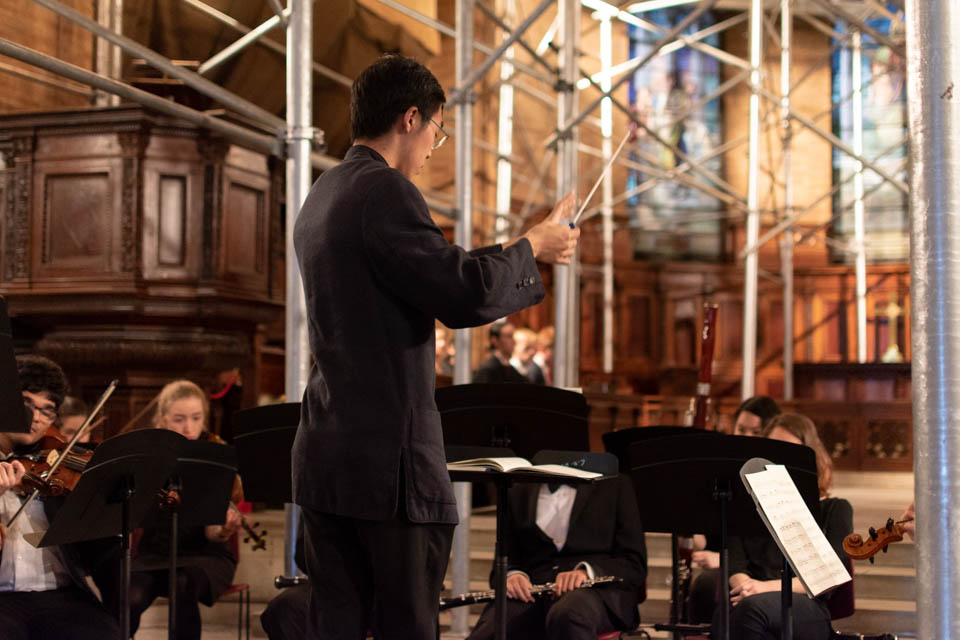 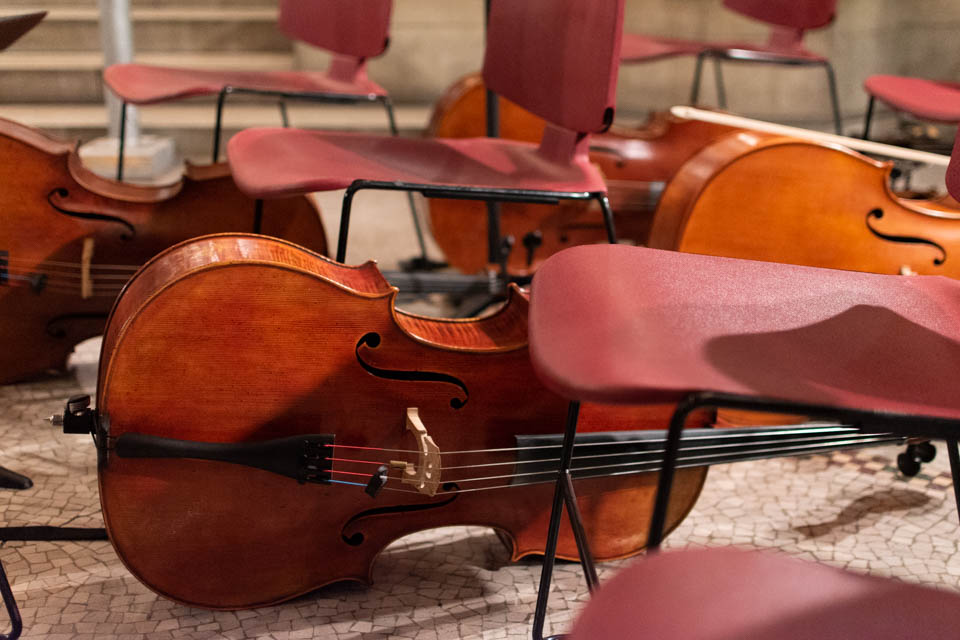 While the Bachs stole the show, the performance also held a special significance for the ensemble’s graduating seniors.

“For some of them it may be the last time they ever perform in such a setting,” Chan said in an interview with Spectator.

For Chan, who aspires to a professional career in music, the chance to lead a high-level ensemble as a sophomore is a rare opportunity. However, he said most of the members of the Society do not plan to pursue music beyond graduation.

“For me, that’s very important in the sense that we’re cultivating not professionals in any way, but I try to treat them as professionals such that they are treated with respect and the honor they deserve as people who make music,” Chan said.

Chan said the focus of the Bach Societyis not on hours of rehearsal, but instead on building a community of musicians who enjoy what they are doing.

When asked how members of the Society balance their academics with musical commitments, Chan explained, “I think some of it has to do with the fact that they are so passionate about playing this type of music with this community that it’s not a huge burden for them and that they enjoy it. And for me, that’s the most important part in the fact that we’re trying to create a community in which they are able to enjoy what they love to do.”