Creative corners on campus for seeing, making, and displaying art

Creative corners on campus for seeing, making, and displaying art 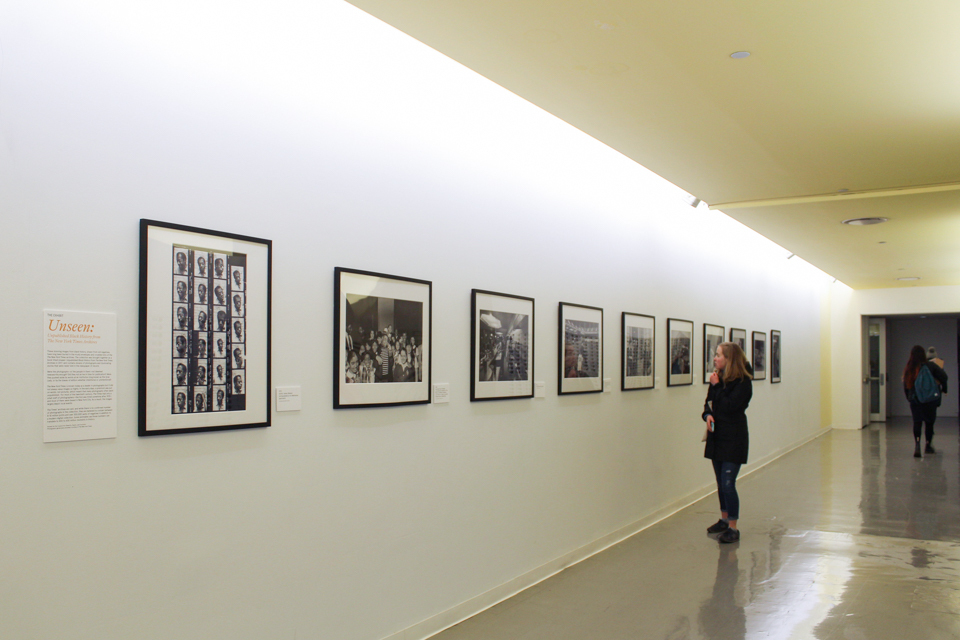 Across from Barnard Mail Services, unexpected opportunities to see art pop up throughout the year.

Upon arriving at Columbia, one might expect gallery hopping in Chelsea or wandering the halls of world-famous museums to be regular weekend activities. But as the semester progresses, larger work loads and constant studying at Butler or Milstein makes the possibility of such artistic outings seem farther and farther away.

Still, it can be easy to forget that gallery—or classroom—hopping from one exhibit to the next is possible right here on campus. While heading to pick up a package or looking for a reading nook, it’s possible to run into work by students and visiting artists in unexpected places.

Though first-years typically visit museums like the Metropolitan Museum of Art or the Museum of Modern Art at least once as a part of their first-year course requirements, many students continue to crave lesser-known artistic hubs. It seems ironic then, that among Columbia’s underground music and art scene a mainstream go-to has emerged. Postcrypt Coffeehouse and Postcrypt Art Gallery have undoubtedly become the performance and exhibition space of choice for off-the-radar creatives.

Located in the basement level of the newly renovated St. Paul’s Chapel, the multipurpose venue hosts concerts and exhibits by and for students. The stage has been graced with performances from Grammy Award-winning singer/songwriter Suzanne Vega, BC ’81, and folk-rock artist Jeff Buckley.

Above ground, at the heart of Columbia’s campus, Dodge Hall hosts a number of visual arts classes at both the undergraduate and graduate levels. It is also the home to the LeRoy Neiman Gallery and Center for Print Studies, where visitors will find work made by students and professionals. Most recently, the South African artist Mary Sibande, who was last year’s Virginia C. Gildersleeve professor at Barnard, hosted a solo exhibit at the gallery.

Across the street at Barnard, the floor-to-ceiling windows at the Diana Center serve for more than just good Instagram lighting. On the fifth floor, student work from the Visual Arts program and the art history and architecture departments can be found hanging from the ceiling, on intricate models, or spread across walls.

In a less central corner of campus, the tunnel that connects Altschul Hall to the Diana Center and Milbank Hall—aptly known as the Altschul Tunnel—frequently rotates exhibits that will catch passersby in quieter, more unexpected moments.

The Tunnel, located directly in front of Barnard Mail Services, has previously hosted a display of photographs of James Baldwin and Aretha Franklin, among other historical black figures, uncovered from the New York Times archives. On other occasions, it has housed interactive displays to invite students to share their thoughts—or air their grievances—on Post-it notes.

Though the heart of undergraduate art is at Morningside Heights, the University’s Manhattanville expansion has provided new opportunities for tapping into the city’s creative resources.

At the Lenfest Center for the Arts, guest lectures and performances allow for student interaction with creatives in Harlem and beyond. Adjacent to the Center, The Miriam and Ira D. Wallach Art Gallery hosts various installations throughout the year. Its current exhibit, “After the End: Timing Socialism in Contemporary African Art,” is on display through Oct. 6.