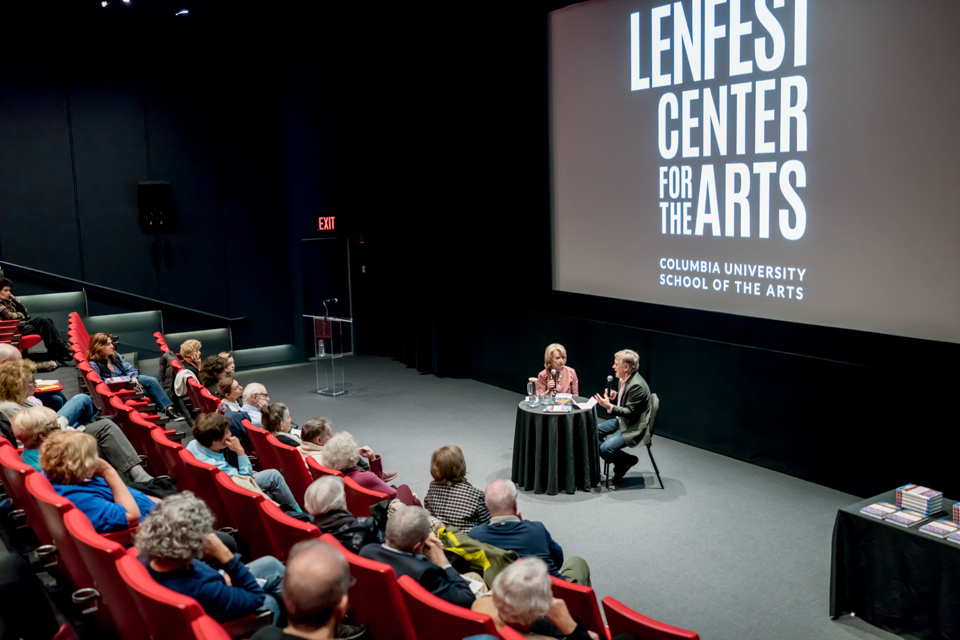 The event was part of a series at the School of the Arts called “Complex Issues.”

Columbia University’s School of the Arts hosted a talk on author and forthcoming chair of the School of the Arts’ writing department Lis Harris’ latest book, “In Jerusalem: Three Generations of an Israeli Family and a Palestinian Family,” in the Lenfest Center for the Arts on Tuesday, Introduced by Pulitzer Prize-winning cultural critic Margo Jefferson, Conover and Harris read and discussed selected passages of “In Jerusalem.”

The event was part of a series at the School of the Arts called “Complex Issues,” which “explores difference, visibility, and representation” through recent works by faculty, aiming to invite conversations on cultural complexity, according to the Lenfest Center’s website.

Harris’ “In Jerusalem” focuses on the Israeli-Palestinian conflict through the lens of two families—one on each side of the conflict. Although she acknowledged the history of the conflict, Harris chose to highlight the stories of the people involved rather than the conflict’s political complexities.

“You cannot write about the conflict without writing about history ... This is in a way bottom-up history. I am often called a journalist ... [but] I consider myself a writer because it’s a very personal book. The reviews have all said I’m even-handed, but I’m not. I’m even-handed about the people, not the policies,” Harris said.

In an interview with Spectator, Harris stressed the importance of the people whose stories she used in the book, striving to fill the gap in the debate surrounding the Israeli-Palestinian conflict that leaves out the human lives it has affected. She further elaborated on the effect the conflict has had on younger generations.

“I particularly wanted to know how children … Palestinian children in particular, but Israeli children as well … were given hope, which is what you want to give your children in a situation of conflict that goes on for decades and decades,” Harris said.

Conover noted what makes Harris’ book so unique among the many that have been written about the Israeli-Palestinian conflict.

Between the research and the writing, the project took 10 years to complete. Harris noted some of the difficulties of writing this type of narrative.

“I really love the two families I wrote about. You spend so much time with them; you get to know their humanity deeply. There’s always that problem when you feel that way of hagiography. … People are too perfect, without flaw. … You have to find a way to be honest about who they are without damaging either them or looking foolish,” Harris said.

Conover emphasized the relevance of discussions surrounding conflicts as complex and contentious as the Israeli-Palestinian one.

“It is important to talk about [the conflict] wherever people can ...The topic is one that just sparks strong feelings on every side, and I admire [Harris] for weighing into it, but it can be hard to have a dispassionate discourse, and I hope we do. I hope it’s a learning and an illuminating experience for everybody.”