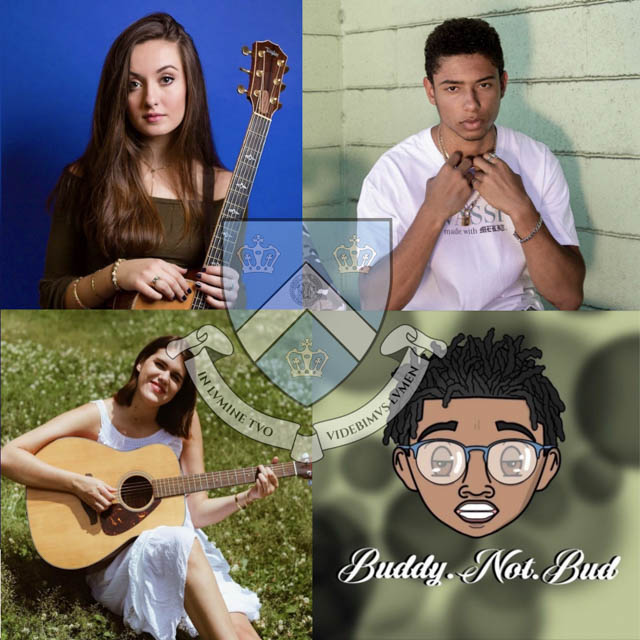 To highlight the exciting variety of music being created on and off Columbia’s campus, Spectator introduces the Community Playlist, a monthly roundup of new music by Columbia undergraduates handpicked by Spectator’s music reporters.

Although Columbia students can no longer hear their floormates blasting music after quiet hours have begun, our community has not stopped creating music from the various places it calls home. To highlight the exciting variety of music being created on and off Columbia’s campus, Spectator introduces the Community Playlist, a monthly roundup of new music by Columbia undergraduates handpicked by Spectator’s music reporters. Check back every month to hear what’s caught our ear!

Latest release: “Better Than This” (single)

The most recent single from former “The Voice” contestant Caroline Sky, BC ’22, is a song about a connection that feels too good to be true—because it isn’t true. Illustrating the keen awareness of a relationship on the decline while being swept up in its current, the music carries you along while the upbeat marimba hits punctuate the sharp reality of the situation: “We’re on borrowed time.” Small moments of rhythmic release and clarity interject the driving beat of the song’s impulsive journey, recalling a “crash in slow-mo.” While the funk-tinged bassline can feel overpowering at times, Sky’s compelling voice cuts cleanly through the noise.

Latest Release: “Gusto” from the THE WORLD IS MY DOMAIN (PART 3)

On the first track from his latest beat tape, producer buddy.not.bud, whose real name is Payton Johnson, CC ’21, samples dub artist Augustus Pablo’s Jamaican track “AP Special” and reconstructs the tenderness of the original with care. As the track builds slowly and methodically, bells sneak in over the rhythm of the cabasa, inviting the listener into the old-soul world of the artist’s creation. The reggaeton bassline propels the song, simultaneously evoking serenity and determination while setting the stage for the rest of the tape.

In “I’ve Never Written a Song About a Boy,” Eva Westphal, CC ’23, uses oddly specific anecdotes to capture the common experiences of young adulthood. “There’s an old video on my mom’s phone—I must’ve been six or maybe seven years old—telling her there’s no way in hell I’m getting married,” she softly sings. The track features a simple guitar pattern, which doesn’t quite keep up with her fantastic storytelling; her story deserves a more cinematic setting, albeit one that still remains true to the stripped-back essence of the song. Westphal’s voice sounds so sweet and welcoming that the song feels like a casual conversation with a friend at a coffee shop—a feeling most of us probably long for this semester.

“Perfect!” The Street Fighter sound bite that opens VASSI’s latest single, “Come My Way,” is a nostalgic touch, setting the playful tone of the track. The song finds VASSI, whose real name is Alex Thompson, CC ’23, in his element: While his work is still fun and carefree, it sounds more polished than in the past. One of VASSI’s most striking strengths is how swiftly he switches the flow of his rapping. While the lyrics are uncomplicated, the melody and pace at which he delivers them elevates the track and highlights his potential to push his music to new heights.

Follow this month’s playlists and stay up-to-date on Columbia’s artists!

If you’d like to submit your music for consideration, please fill out this Google form.