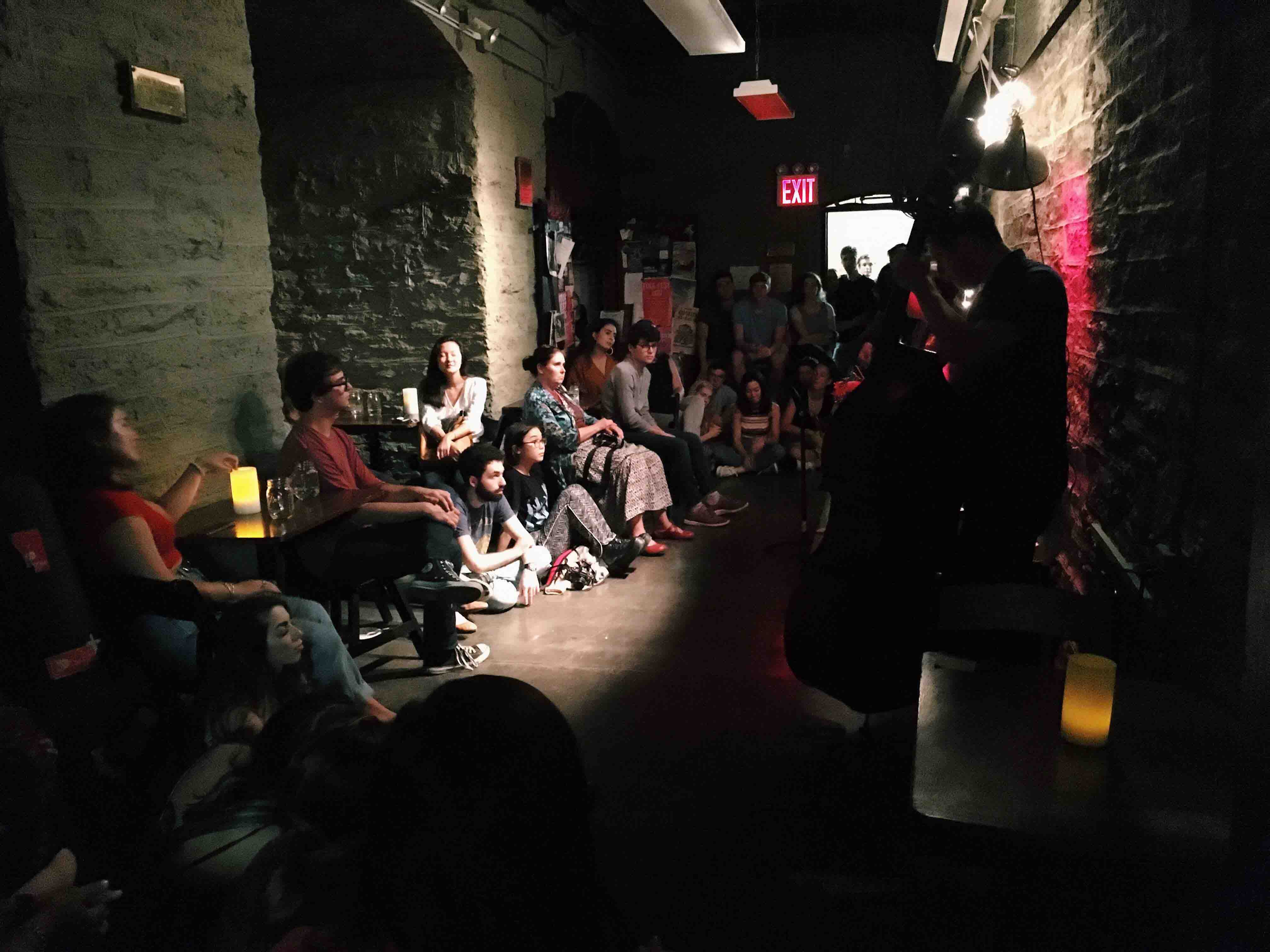 As part of a push to connect Postcrypt to the local community, the venue's team hosted a virtual concert to raise money for organizations in the community.

Across the country, over two hundred people logged onto Facebook to experience an evening of intimate indie music. The occasion: the virtual resurrection of the Postcrypt Coffeehouse.

On Oct. 10, the folk and indie venue made its debut on the increasingly popular virtual concert scene with its first show of the semester. Student musicians including Jackie Marchal, known as Wander Marchal, CC ’22, and Uwade Akhere, CC ’21, took turns serenading the audience from their respective homes with a mix of covers and originals.

“This really feels like we’re back in the Crypt,” said Postcrypt’s Head Manager Ethan Abelar, CC ’22, during the performance.

Ever since the coronavirus pandemic forced businesses across Harlem to shut down, including music venues, Postcrypt has been continually supported by its devoted patrons' messages. Even before announcing the most recent concert, Abelar recalled feeling humbled by the continued support.

“We’re getting a lot of requests for open mic concerts, comedy more heavily and more poetry,” Abelar explained. “People in one way or another have been asking us to reopen.”

As part of the push to connect Postcrypt to the local community, the venue’s team wanted to give voice to issues within the surrounding areas. This led them to partner with Harlem United and Read Ahead. Harlem United is a community-based healthcare and housing provider, while Read Ahead provides mentors to elementary school students to foster excitement for reading. The benefit concert featured remarks by representatives from the organizations between each of the three performances, and audience members were encouraged to donate to either throughout the evening.

Abelar explained that the decision to host a benefit concert came from a desire to be more active in the citywide music community.

“We love music from all walks of life and all genres,” Abelar said, “But, as a folk venue … we have never really given enough thought into how we could include different voices from around the city and from on campus.”

The Postcrypt team had been planning on holding a livestreamed concert since Columbia and Barnard announced that not all students would be invited back on campus for the fall semester. There were challenges, though: much like other venues across the city, Postcrypt was running low on funds. To host last week’s virtual event, the team had to rely on a member’s personal Zoom account.

Still, the show went on without any technical hiccups. Wander Marchal, channeling “pre-COVID Postcrypt” energy, as she put it, kicked off the show with primarily original music. Guitarist and bassist Timmy Stabler, CC ’22, joined her in singing their final song “Don’t Want You Anymore”; their locked-in harmonies made for a memorable moment.

The show ended with a beautifully-sung solo by Akhere. Alternating between piano and guitar accompaniment, her voice effortlessly floated through her cover of “Can I Believe You” by Fleet Foxes. Shortly after, Akhere presented her original song “Ginger Ale” as an ode to one of her favorite cure-all beverages. Strumming her electric guitar with a firm yet gentle meter, she created an intimate connection with the virtual audience.

Although the benefit concert featured solely Columbia-based musicians, Abelar said that over the course of the year, Postcrypt plans to seek out city-based artists and shine a spotlight on other community-based organizations.

“We don’t want this kind of event to be a one-off,” Abelar said. “Having the organizations come and speak was really special, and we really encourage that people be on the lookout for both of these organizations.”