From family rifts to the social media blues, student musicians struggle to create at home

From family rifts to the social media blues, student musicians struggle to create at home 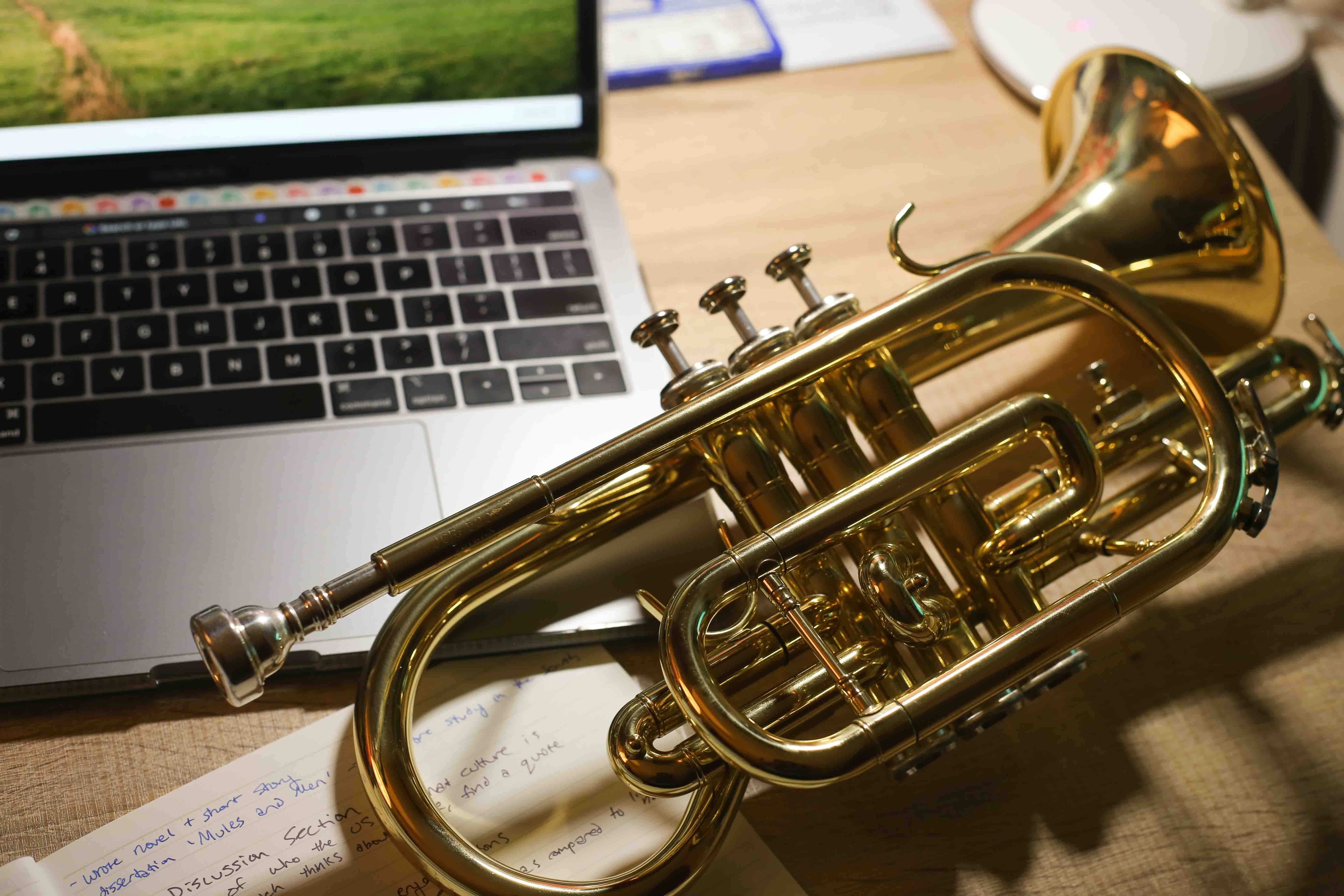 Amid the pandemic, student musicians have traded the intimacy of performing music to small crowds for impersonal likes and shares on social media.

With his baritone saxophone still in New York, Riley Swain, CC ’21, started to learn guitar during quarantine. Playing guitar allowed him to experiment musically, and in a loud household of five, it was a quieter alternative to the alto saxophone he had at home. Still, stuck inside without any opportunities to get onstage, the part-time jazz musician found it difficult to feel creative.

Like Swain, Stephanie Chow, CC ’23, a jazz guitarist studying philosophy and jazz studies, has been trying to stay in touch with the larger musical community and work on projects during the pandemic, but is also unsure about how to share her music with others.

Distribution on social media seems to be the answer. Since the start of the pandemic, musicians have experimented with virtual formats like Zoom concerts and Instagram posts to keep in touch with their listeners and collaborators. This transition from real life to social media, however, has traded the intimacy of performing music to small audiences for impersonal likes and shares.

And social media users compare not only the music itself, but how the music is packaged. In response, musicians have felt the need to put more effort into the music’s trappings to keep potential listeners interested.

“You have to work a little harder in the other non-musical aspects—like the visuals and just the way it’s formatted and the way you’re presenting [the music]—than if you were just playing a live set,” Chow said.

To overcome the downsides of using social media to put out music, musicians are reassessing their motives for making art. After getting feedback on his debut project, “To Stitch a Rose,” through social media comments and direct messages, Yattassaye had to take a step back and remember why he makes music.

Even as they are limited by the often artificial and staged qualities of social media posts, musicians continue to collaborate and perform. Some musicians, like Swain, mimic the communal aspect of creating by swapping and editing different samples between friends. Others, like Chow, are taking courses like Recorded Sound, taught by Seth Cluett at the Computer Music Center, to find a virtual creative community.

Those communities are especially important when music-making creates tension at home. Yattassaye, who was used to collaborating with fellow musicians at Columbia, now works in his home studio. As an artist from a first-generation immigrant family, he described the household rifts created by the “generational gap” between him and his parents and “stigmas about the music industry.”

“If you’re born in a household that doesn’t even rock with music, that’s a whole other conversation,” he said. “It’s trying to make them understand what you’re talking about if they took a listen.”

Despite the chaos of creating at home during a pandemic, student-musicians have continued to adapt and reflect on playing music without real-life collaborators or non-virtual audiences.

“It’s getting back to those roots of introspection and just getting joy from playing, and not necessarily the social aspect or the stuff that comes with it,” Chow said. “It has made me think of the process of creating music more itself and how can I do that on my own in a way that’s really sustainable.”