Writing on empty: CU OnScreen connects through screenwriting in a time of social isolation

Writing on empty: CU OnScreen connects through screenwriting in a time of social isolation 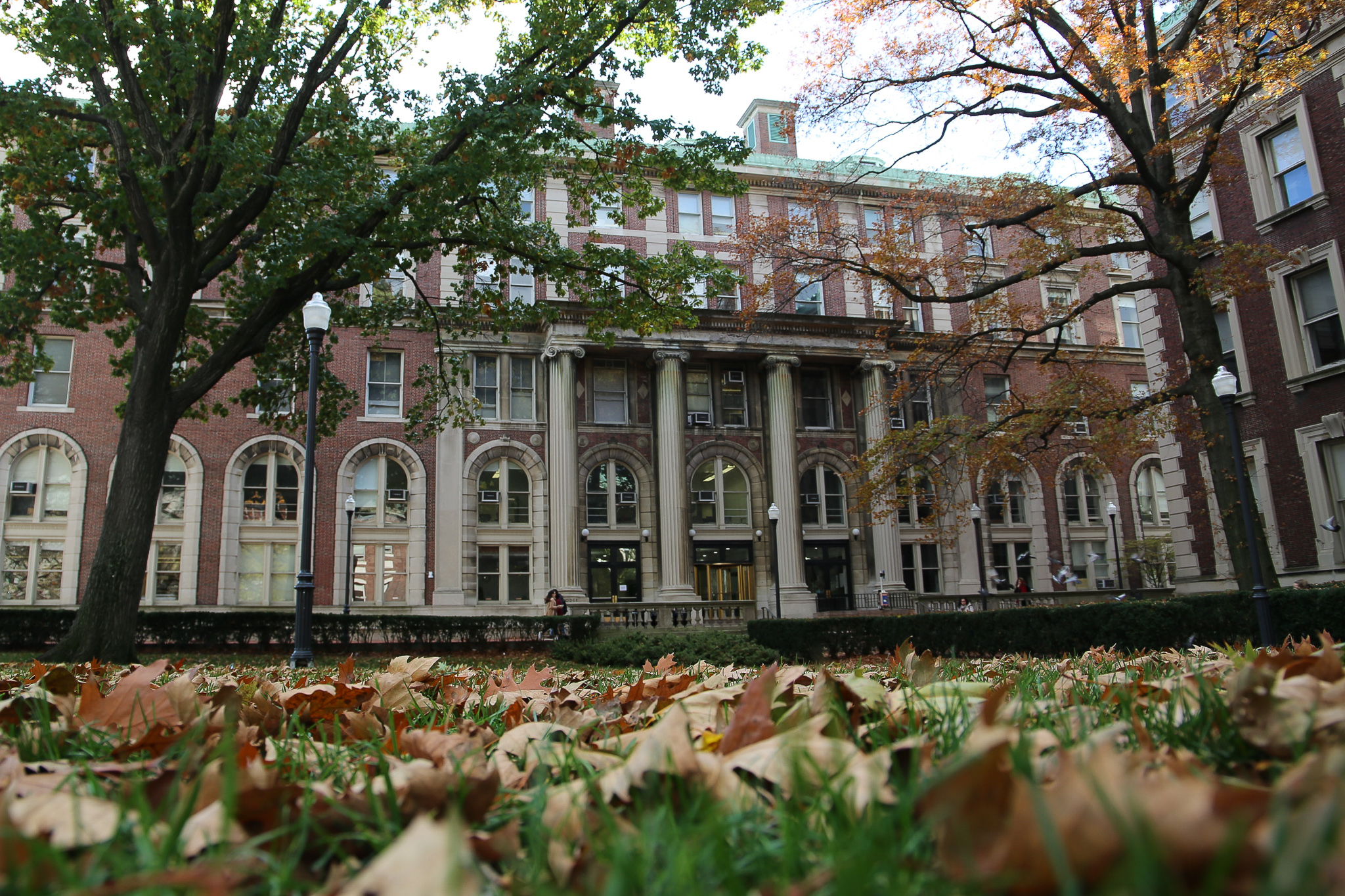 The new screenwriting club strives to unite screenwriters in spite of a remote campus.

Computers buzz, Wi-Fi networks struggle to connect, and microphones jump between muted and live. With scripts in blue light, the members of the Columbia Screenwriters Guild, known more colloquially as CU OnScreen, strive to find a virtual writing community in uncertain times.

CU OnScreen is a new campus organization that aims to connect screenwriters of diverse experiences and abilities and foster collaboration and growth. Members hail from various undergraduate and graduate programs across the University. Founder Max Donaldson, GS ’20, described the group’s beginnings dating back to the fall of 2019.

“Initially, it was just myself and a couple of friends who were interested in screenwriting,” Donaldson said. “We were rising seniors, and we didn’t really get that much time to work on our own creative writing and get feedback on it—a lot of our classes were really theory-heavy and history-heavy,”

When the group began meeting in January 2020, the members gathered in Milstein to read their scripts aloud (with help from actors in Columbia’s MFA program) and discuss their work. Then, COVID-19 struck. Within months of its founding, CU OnScreen shifted to a virtual format as members were scattered across the world. Donaldson was not sure if the club would be as successful in a virtual format.

“My intuition is that people are less likely to and less comfortable putting on a show when they’re facing their computer screen versus facing other people,” Donaldson said.

New member Kenya Cummins, SPS ’21, said that her experience in the club has been helpful to her development as a writer, even in a virtual format. She especially noted that the feedback portion of the writers process has aided her growth.

“It was a little bit nerve-wracking, just to know that I wouldn’t be able to really say anything in support of the piece until the end. But the feedback was really great and helped me to learn. You learn things differently when things are read aloud,” Cummins said.

For current co-president Margot Gage, BC ’20, a desire for community brought her to the club—a mutual feeling that she notices throughout the entire group.

“People are pretty grateful for the group because writing can be a kind of lonely process. It can be so hard to find the motivation and the willpower to write, so having this kind of community to come to is really helpful, and it gives me that kind of external pressure and motivation to keep working on my creative project,” Gage said.

Many CU OnScreen members are similarly struggling to stay creative while social distancing, which has resulted in a slight decline in script submission and member participation since the pandemic set in.

“Something that I’m struggling with, and I’ve heard other people mention that they’re struggling with, is staying inspired to write when we’re in a very gray space, where everyone’s at home or quarantining,” Donaldson said. “It’s been confining.”

Once writers begin writing, new challenges arise. Cummins says that she has been evaluating what kinds of stories to tell in the wake of COVID-19.

“Even the series that I’m working on, I’m wondering, does it exist in a parallel universe where COVID-19 never happened? Or would that be too much of a disconnect from audiences who are living in a world that’s very much affected by COVID?” Cummins said.

One looming anxiety has united the aspiring filmmakers of CU OnScreen: the job market. According to the New York Post, film production in Hollywood dropped by over 50 percent this summer as the film industry adapted to filming under CDC guidelines. As an organization made up of mostly young people looking to enter the film industry within the next five years, the future appears daunting.

“I think a lot of us are weighing the cost-benefit analysis of a film degree, considering where the economy is. We’re like, ‘Is now the time to be a struggling artist when the whole world is struggling?’” Donaldson said.

By sharing their concerns, however, the group’s members empower each other to create their own paths. Cummins expressed her hope for the future and said she still hopes to open her own film production company.

“I haven’t changed my goals. I think the stepping stones to those goals may be altered. The path probably is going to be a lot different,” Cummins stated.

CU OnScreen plans to host more meetings and perhaps some events with alumni speakers working in the film industry. The group hopes to be able to produce a script one day. Despite the pressures and uncertainty of the future, the club remains committed to helping its members grow as storytellers.

“What motivates me is that I feel a sense of purpose from storytelling,” Cummins said."There’s this quote that I love, and the quote is, ‘Writers live twice.’ There’s this idea of leaving a legacy that will outlast me through storytelling that is timeless and really relates and resonates with a variety of different audiences."