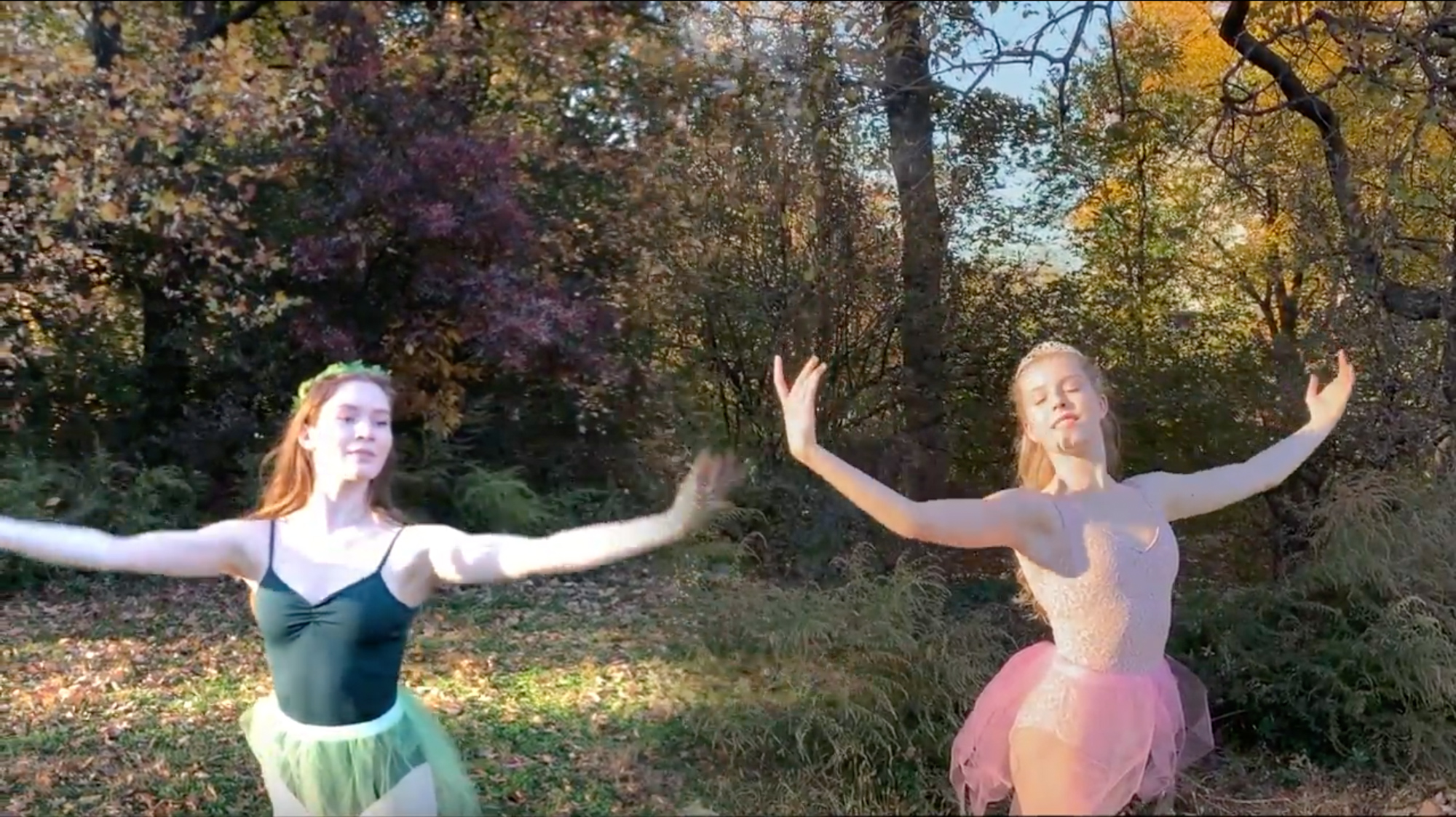 Despite being scattered across the globe, student videographers bridged the gap between dancers in the Columbia University Ballet Ensemble, using digital effects to stitch together a magical forest for the group’s rendition of “A Midsummer Night’s Dream.” CUBE presented its ballet version of Shakespeare’s play on Dec. 5, featuring befuddled lovers and mischievous fairies dancing across the screen.

CUBE’s Assistant Artistic Director Michaela Fleischer, BC ’22, spearheaded the video production after producing a video showcasing choreography from “Cinderella,” the ballet CUBE had planned to produce in the spring before classes were moved online and students sent home.

“The beauty of the online production is allowing us to showcase our abilities as we would in a normal show while adding magical elements, especially with ‘A Midsummer Night’s Dream,’ that we could never do in person,” Fleischer said.

Through the careful fading and layering of videos, a mischievous duet between Bottom and Titania, played by Malorie Lundgren, a General Studies student, and Fleischer, respectively, seemed to happen in the same place, despite the dancers’ physical separation from one another. Editing also enabled more than eight dancers to appear on the screen at once and change formations as if they were dancing on stage.

CUBE chose to put a spin on Shakespeare’s classic love quadrangle with an all-female lead cast portraying the lovers Demetria, Helena, Lysandra, and Hermia. Since the dancers were filmed separately, the organic connections that performers forge on stage were difficult to replicate. Repetieurs, the members of CUBE in charge of running rehearsals and working with the dancers, had to ensure that the in-person energy was still present.

“It was definitely a journey to be like, ‘Okay, just pretend that that person is there—pretend you’re looking at that person,’” Tian Griffin BC’21, CUBE’s artistic director and the repetiteur for the lovers, said. “You say, ‘In video editing, you’ll be blowing a kiss to this person.’”

Repetiteurs gave the dancers pointed advice, encouraging them to imagine how they would express their emotions if they were dancing with the other person on stage. Puck, played by Filip Przybycien, CC ’24, and Oberon, played by Hannah Richmond, GS ’24, glanced longingly at each other as they passed a flower through time and space, and the arms of Helena and Hermia, played by Audrey Pettit, BC ’22, and Camila Vicioso, CC ’23, respectively, intertwined across the screen.

In virtual rehearsals for the show, first-years found a fun new community and older classmates to look up to, while upperclassmen found a semblance of the community that they had on campus. Dismissing Zoom fatigue, dancers often filmed their scenes at the same time to replicate the in-person rehearsal process.

“A lot of people film in groups over Zoom, so I’d get on Zoom, and there’d be four people there. They’d all be filming in different places at the same time, just to get that community feel that they’re all performing together,” said Griffin.

The dancers were unsure if they would find success in a virtual setting, as their performance lacked the excitement of waiting for the curtains to open and the energy that performers exchange with the audience in the theater. However, the dancers’ passion still shone through the screen.

“I know from editing all the videos, seeing all the hard work of our dancers, you can really feel the energy and the desire to perform and share our love of dancing and our love of this art form with the audience,” Fleischer said.

The Zoom chat was open throughout the performance so that the more than 200 viewers of the performance could share their appreciation of the hard work that went into producing this piece of pandemic ballet.

“We’ve tried our best to make this feel as much of an in-person performance as we possibly can,” Griffin said. “We really hope that this can be a fun, family event that you can do in a COVID-19-safe manner.”