CMTS’s ‘The Theory of Relativity’ contemplates universal experiences, connections in a time of isolation

CMTS’s ‘The Theory of Relativity’ contemplates universal experiences, connections in a time of isolation 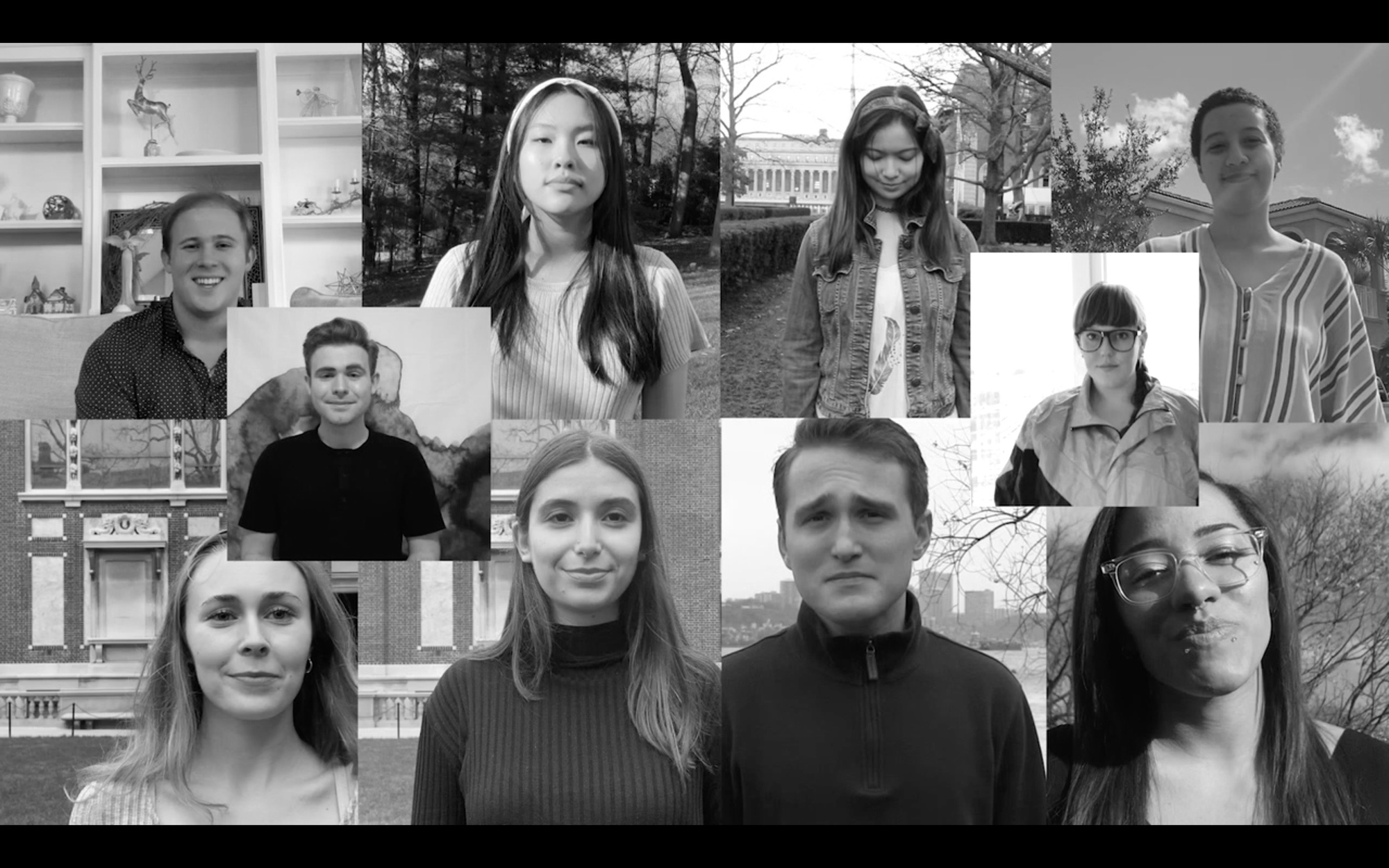 CMTS’s “The Theory of Relativity” explored the meaning we find in our relationships with one another while simultaneously contemplating the sense of isolation we feel while navigating a vast universe.

“Look at all those people,” a young woman, played by Lindsey Belisle, BC ’23, says, watching the bustle of a New York street from a park bench. “Who are they? Where are they from? And where are they going?”

This weekend, the Columbia Musical Theatre Society presented “The Theory of Relativity,” a musical that explores the value and meaning we find in our relationships with one another. With a large cast spread out across the globe, the show touched on the isolating experience of navigating a vast universe and how our paths intersect with others’ and make it more bearable, which felt particularly poignant amid a pandemic.

“With this production, we tried to be imaginative with the virtual format, bringing together creatives from disparate parts of the world and building a community through long Zoom rehearsals, meetings, and recording sessions,” director Christian Rene Palomares, CC ’22, wrote in the show’s program.

The production followed the lives of a host of characters who are grappling with universal experiences, from the clingy attachment of first love to the mourning of a mother’s death to the nostalgia associated with home and the bittersweetness of change over time. Interspersed with these heavier stories were lighthearted anecdotes about a high school friendship and rivalry between Jenny, played by Sarah Warshavsky, BC ’22, and Sarah, played by Michaelle DiMaggio-Potter, CC ’21, and a man with a cat allergy, played by Kevin Chaikelson, CC ’23, whose partner loves cats. Though seemingly unrelated, all of these narratives contemplate the ways in which our connections with one another lighten the burden of a wide world that often makes us feel insignificant.

The show balanced the objectivity of disciplines like physics with the personal details of each character’s story, revealing how, in keeping with the show’s title, perception is relative. A college student, played by Jackson Davis, CC ’22, reflects on his changing perspective as he grows older, marveling that, “you like to think you’re enlightened,” but “things change, and still there’s that footprint you cling to, a bond that will not break.” An awkward run-in between two strangers, played by Michaelle DiMaggio-Potter, CC ’20, and Wesley Schmidt, CC ’22, demonstrates the role of chance in our lives and the disconnect between the narratives we invent in our heads and what life has in store for us.

With a mix of monologue segments filmed in the actors’ homes, choreography performed on Columbia’s campus and in Central Park and accompanied by voiceovers, and footage of news segments from this year, the production capitalized on the virtual format to capture the variety of our lives. At times, the show felt almost overwhelmingly chaotic, as if we couldn’t situate ourselves in a specific time, place, or perspective. Perhaps this sense of chaos was the point, as the play attempts to accentuate the irony of the importance of chance in a universe governed by scientific law.

The disparate narratives are eventually revealed to coexist in the story of the character played by Belisle. In a powerful monologue, while Belisle expresses her nervousness for a first date, she reflects on her chance encounters with each of the characters, most of whom are strangers to her and whose stories she doesn’t know—like Jenny, whom she saw working at Dairy Queen, and the characters played by DiMaggio-Potter and Schmidt, whose awkward run-in she witnesses.

In the final scene, the cast comes together, albeit virtually, to sing about the value of our overlapping timelines and the meaning that our connections with one another give us. The musical reminds us that, in a universe in which the forces of nature render the conflicts of our daily lives relatively insignificant, all we have is each other.