How Harlem restaurants are staying afloat amid the pandemic

How Harlem restaurants are staying afloat amid the pandemic 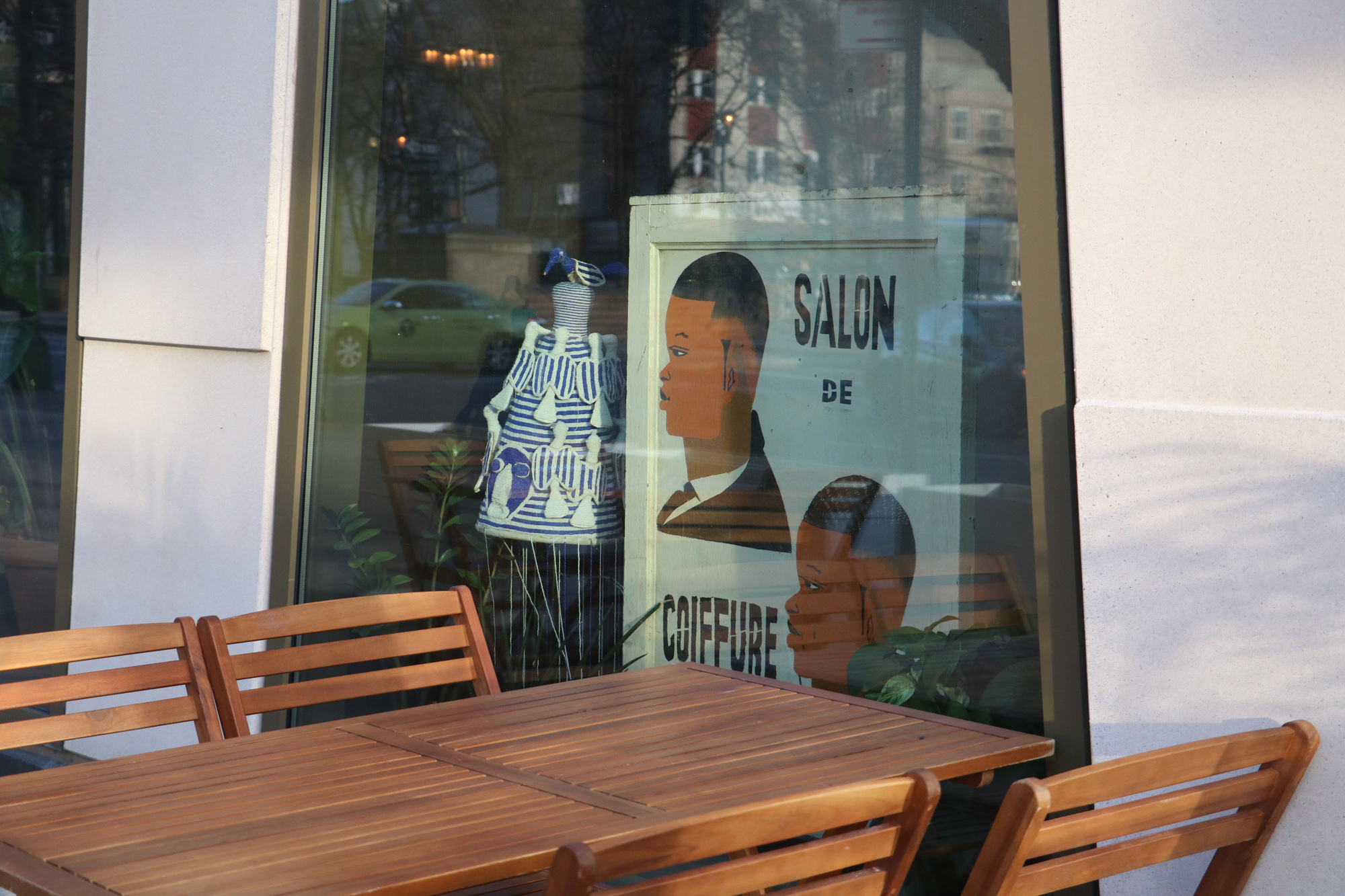 The past few months have presented many challenges for Harlem’s diverse range of restaurants, many of which have had to quickly adapt to the city’s frequently changing regulations.

For the last four years, Belle Harlem operated a 12-seat chef’s table in its 275-square-foot space. The restaurant prided itself on its one communal table where everyone could share the space and chat with owners Darryl and Melissa Burnette. With a paid staff of one, the restaurant had an intimate, cozy character, seating diners just a few feet from the chefs at work. Then, the pandemic hit.

“There’s going to be some days that are washes, some days people are not going to come out for dinner to sit outside,” Darryl Burnette said. “We’re having to just kind of sit back and realize Belle’s dinner service [is] probably not going to be a big thing this winter.”

The past few months have presented many challenges for Harlem’s diverse range of restaurants, many of which have had to quickly adapt to the city’s frequently changing regulations. Harlem has seen the closing of popular restaurants like Ethiopian spot Zoma, urban espresso shop Caféine, and French bistro RDV Harlem as the coronavirus has ravaged the restaurant scene in the city and across the country. To stay afloat, Belle quickly pivoted to an outdoor dining model with portable heaters and 24 seats—double its normal capacity—right outside its front doors. The Burnettes have also pivoted attention toward Ink, a more informal cafe and bagel store that they run next door.

While some Harlem restaurants have taken advantage of outdoor dining and limited-capacity indoor dining with help from grants and other community initiatives, others have been unable to participate in either indoor or outdoor dining, especially in lower-income parts of Harlem.

Kenneth Mbonu, the executive director of the Flatbush-Nostrand Junction business improvement district, told Eater back in October that many restaurants in the area have not taken advantage of indoor or winter outdoor dining due to prohibitive costs of purchasing heaters or ventilation systems. Sisters Juliet and Justine Masters, who own the British-Jamaican restaurant The Edge, are holding off on winterizing their outdoor setup due to possible changes in regulations or shutdowns. Because The Edge lacks the outdoor space for many tables, the sisters said that it may not be worth spending $5,000 to $10,000 on outdoor seating and heaters for just four tables.

“It’s too much of a gamble and a risk for us to sink all that money in to not really know for sure that those tables cover the cost,” Justine Masters said.

Columbia economics professor Donald Davis cited insufficient financial infrastructure as another reason why some Harlem restaurants have struggled to survive with limited government and city support.

“For some restaurants in Harlem that have had less formal financial records and weak historical relationships with banks, getting COVID relief funds has ranged from difficult to impossible,” Davis said.

According to Padmore John, a co-owner of Ethiopian-Israeli restaurant Tsion Cafe, restaurant trade associations and organizations have been influential in advocating for restaurants in some parts of Harlem but not others. Along Frederick Douglass Boulevard, for example, these organizations have helped restaurants transition to outdoor dining through the city’s Open Restaurants initiative, yet around St. Nicholas Avenue in Sugar Hill, Tsion Cafe lacks assistance from trade associations that can protect restaurants’ rights, customer bases, and other local nuances.

“It’s almost like one restaurant may have done something egregious on one occasion, and then it’s all the restaurants in the neighborhood that are paying because of that,” John said. “Our voices are much softer as a single entity, as opposed to a whole bunch of restaurants that are coming together or are part of being part of that larger trade organization,” John said.

Darryl Burnette also noted that there are some services in Harlem that are “cliquish,” including loan programs that have very selective criteria. He said that a business alliance program offered the Burnettes a grant for Black and female-owned businesses, as Melissa meets those criteria. Yet the small print of the deal involved restaurants paying to be a part of the alliance and required them to completely shift their restaurant structure.

“It was supposed to be something that was helping folks out, but once you really got into it, these programs were just more of a cost, and especially for small mom and pops places like this,” Darryl Burnette said. “That would have cost us a lot of money to participate in something that was presented as a grant to help the marketing aspect and help bring people to the area.”

Despite some issues with these financial initiatives, the Masters sisters hypothesized that Harlem restaurants may have done better overall than restaurants on the Upper West Side or Morningside Heights due to lower rents and a generally stronger sense of community. Juliet Masters said that higher overheads and community support have helped a vast majority of Harlem restaurants keep their doors open, especially with the efforts of Harlem Park to Park, an organization representing over 250 small business owners that hosted a successful Restaurant Week in October.

“[The pandemic] created more of a community and a greater understanding of the importance of small businesses within the community,” Juliet Masters said. “So I think it’s highlighted that if people don’t support their locally owned small businesses, they are going to be forced to go out of their community to get some of the basic things that they need.”

With few Columbia students in the area, Morningside Heights restaurants like Arts & Crafts had to close for months, as Columbia students and faculty account for major portions of restaurant revenue. With a more constant demographic, some Harlem restaurants have had easier transitions during and following the city’s lockdown, since much of the local population remained in Harlem. Some Harlem restaurants have even been able to open second venues. African superfood restaurant Teranga, owned by Noah Levine, opened its second location in Brooklyn on Dec. 1.

The pandemic has also created an interdependent relationship between landlords and tenants. Fewer people are willing to take the risk to open restaurants in this pandemic climate, so landlords want to hold onto their tenants. As a result, they may not raise rent to avoid the risk of pushing restaurants out of business.

“Landlords, understandably, would like to collect as much of the rent as they can, but they should be very careful not to bargain too hard—unlike normal times, if they lose the current tenant they won’t have someone else ready to come in immediately after and at the prior rent,” Davis said. “It’s painful for both, but the restaurants and landlords really need to strike a bargain that allows each to survive.”

At the beginning of the pandemic, the government made a pointed effort to help restaurants through the hardships brought on by COVID-19. Inspectors gave the restaurants clear instructions for implementing the safety precautions, such as adding decals to the ground to facilitate social distancing and spacing out tables as the government provided support for their staff. This aid became more disorganized as the pandemic endured.

“Granted, [the aid] was for a few months, but that was very helpful,” John said. “Now, there is a baseline that’s already there. Also, there was a time when someone came in to do an inspection. They … supported us in terms of making sure that things were fixed so there would be no penalty in any way against us. That hasn’t continued.”

While government aid has been inconsistent and insufficient, Harlem restaurants have benefited from other local loan programs; two weeks ago, seven Harlem restaurants received “winterization” grants from DoorDash to help them get heating equipment and other fixes for the winter.

Corporate philanthropy has proven to be useful to some restaurants in the area, but a lack of centralized support from the city or government as to where to get federal or state-based aid and the most up to date regulations has left many owners confused.

“It’s been very stuck and incongruent in the sense of how messages are delivered; there’s not one central place where restaurants can go and get clear, solid instructions or information,” Juliet Masters said.

Despite variable government support, the Harlem community is pivotal to the success of its restaurants. Since restaurants’ survival is contingent upon the support of its customers, restaurateurs and local organizations have tried to increase the energy on the streets with many restaurants playing music and expanding their dining spaces into the closed-off roads.

“In the summer, we had the opportunity just to have a community,” Beejhy Barhany, co-owner of Tsion Cafe, said. “People came and sang live while others were playing music. So that brought some hope, something positive. People were watching from their porches and windows and cheering and singing.”

The Harlem community has allowed restaurants like Caribbean eatery LoLo’s Seafood Shack to continue serving its classic steampots even without indoor dining; according to co-owner Leticia Skai Young, the restaurant converted its indoor dining into greater kitchen space and has set up a walk-up window. The community has also helped ramen and oyster bar ROKC survive the pandemic, especially when the government has not provided substantial economic support and resources for small businesses.

“Lots of people, including our own friends’ dreams, time, tears, and sweat have been forgotten, wasted, and lost because of this pandemic,” owner Shige Kabashima said. “But the happiest thing for us is when we see our customers from before [the] pandemic returning to our place.”

Despite its financial stresses, Tsion Cafe embraced an initiative to provide meals for essential workers, which increased exposure for the restaurant while helping those on the front line of the pandemic. While restaurants struggle to survive day to day, they rely heavily on their community’s support to not only cover their expenses, but to also keep the community’s spirit alive.

“If people can order for catering, for a meal … a bulk of different orders definitely can help us financially,” Barhany said. “Even in our pickup or delivery through the different parties that we work with will be of tremendous help to us to stay open for the winter.”