‘We all are roses’: Mamadou., CC ’21, discusses faith and vulnerability in his debut album

‘We all are roses’: Mamadou., CC ’21, discusses faith and vulnerability in his debut album 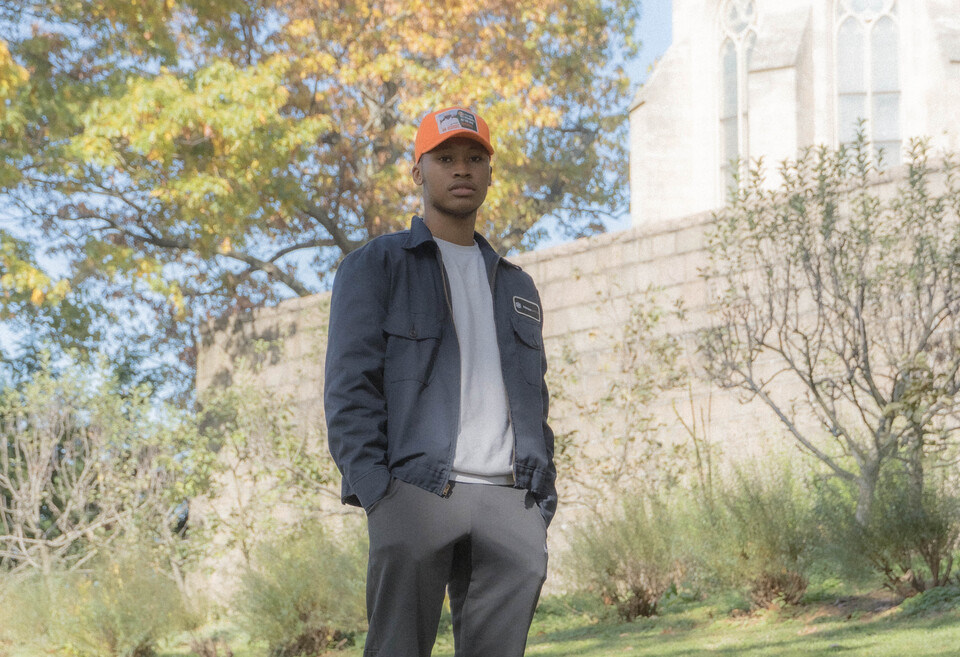 Student musician and rapper Mamadou. opens up about his life and upbringing in his debut album “To Stitch a Rose.”

“We all are roses. I think we’re all these beautiful plants waiting to emerge from the soil,” Mamadou Yattassaye, CC ’21, said when asked about the rose imagery in his debut album, “To Stitch a Rose.”

Known by his stage name, Mamadou., Yattassaye is a musician, rapper, poet, and storyteller. Born and raised in Harlem to Malian immigrant parents, Mamadou. first became interested in music through his middle school English teacher, who introduced Mamadou. to poetry and creative writing.

“Being a kid, growing up in a low-income neighborhood, a disenfranchised community, expression is kind of marginalized based on our resources,” Mamadou. explained. “It’s really empowering for the youth to find ways of expression.”

After his initial interest in poetry, Mamadou. discovered spoken word poetry and started dabbling in hip-hop and R&B. In high school, his passion for writing developed into a fascination with songwriting and musical expression.

Mamadou. began to read his prose over instrumental music by one of his greatest musical influences: Tupac. Tupac’s posthumous album, “The Rose That Grew from Concrete,” also inspired some of the rose imagery Mamadou. uses in his own album.

Mamadou.’s music is also heavily influenced by Malian Kora music, artists like Saba and Brent Faiyaz, and Arabic prison writing. He finds inspiration in all pockets of the music world like specific sounds and melodies, as well as certain ambiances, production styles, and stories of hardship and growth.

Other inspirations for “To Stitch a Rose” included Muslim songwriter Mustafa and his ability to tell stories of first-generation immigrant youth, people mixed with Muslim identities, and those living in marginalized communities.

“[’To Stitch a Rose’] shows me revamping my relationship with Allah and making that more solidified, making it more personal to me, versus the exterior perspective,” Mamadou. said. “There were a lot of things that were testing my faith: losing people close, not knowing what to do for my future, completely switching majors.”

Over the years, Mamadou.’s music has become deeply personal, as he learned to focus on his own dreams, tuning out unimportant external voices and perspectives. From start to finish, “To Stitch a Rose” represents Mamadou.’s long journey of faith and struggle.

In track two, “Soil.,” Mamadou. questions his faith, saying, “In the loneliest places, I look above, no traces.” In track five, “Childhood Memories.,” one of Mamadou.’s most popular songs on Spotify, he raps about the “better days” of childhood and feelings of nostalgia for the past where there were no worries about the struggles of the present. The last song on the album, “Homegoing.,” represents Mamadou’s current relationship with Allah. He says, “I’m in better faith with God I know he waitin’ for me / ‘Cause I took the test of time I know he patient for me.”

Mamadou. symbolizes his vulnerability, struggle, and religious journey with the album’s titular flower—the rose. For Mamadou., the rose is a symbol of human life. Just as roses emerge through the soil, people emerge as delicate beings through hardship. They come into the world as vulnerable yet beautiful beings that must be cared for to thrive and grow.

“A lot of people don’t think about the preservation of the flower. You plant it, it grows, but you have to preserve it, you have to protect it, right? And what do we do for the wilted flowers? Do we build them back up?” Mamadou. asked.

While creating “To Stitch a Rose,” there were moments Mamadou. felt like he was “wilting.” He endured many hardships, such as losing loved ones and community members, a theme he explores in track 12, “Small Caskets.,” but through faith and introspection, he began to stitch himself back together.

Emerging from the soil is even more challenging for people of color and low-income youth. According to Mamadou., “emerging” or “breaking from the concrete” for marginalized groups can be as simple as living life past the parameters of one’s environment.

In addition to the figurative interpretation of the rose, Mamadou. also sees its symbolism in moments of powerful human emotion.

“I’ve seen it in different settings: in happiness, in young love, in eulogy, in forgiveness. … I’ve seen that metaphor physically and figuratively in different contexts,” Mamadou. said.

While producing “To Stitch a Rose,” Mamadou. took advantage of the recording studio at Columbia’s School of the Arts to record and learn more about technical skills, including which microphone was best suited to his voice. Due to the pandemic, however, his plans have shifted.

Before the pandemic, Mamadou. had plans to perform at colleges like Wesleyan College, as well as open for MIKE, a New York City-based rapper who has worked with artists like Earl Sweatshirt, at a spring concert at Middlebury College. Although his plans have changed, Mamadou. still has many projects on the horizon, including musical collaborations and more videos on his Instagram and YouTube channels.

Despite losing opportunities due to the pandemic, Mamadou. still has an unshakable optimism for the future.

“Stitching back the rose is not a ‘three-step process,’” Mamadou. said. “Certain petals still fall—you got to try to pick that up and put it back together. Don’t give up on something that may look wilted.”