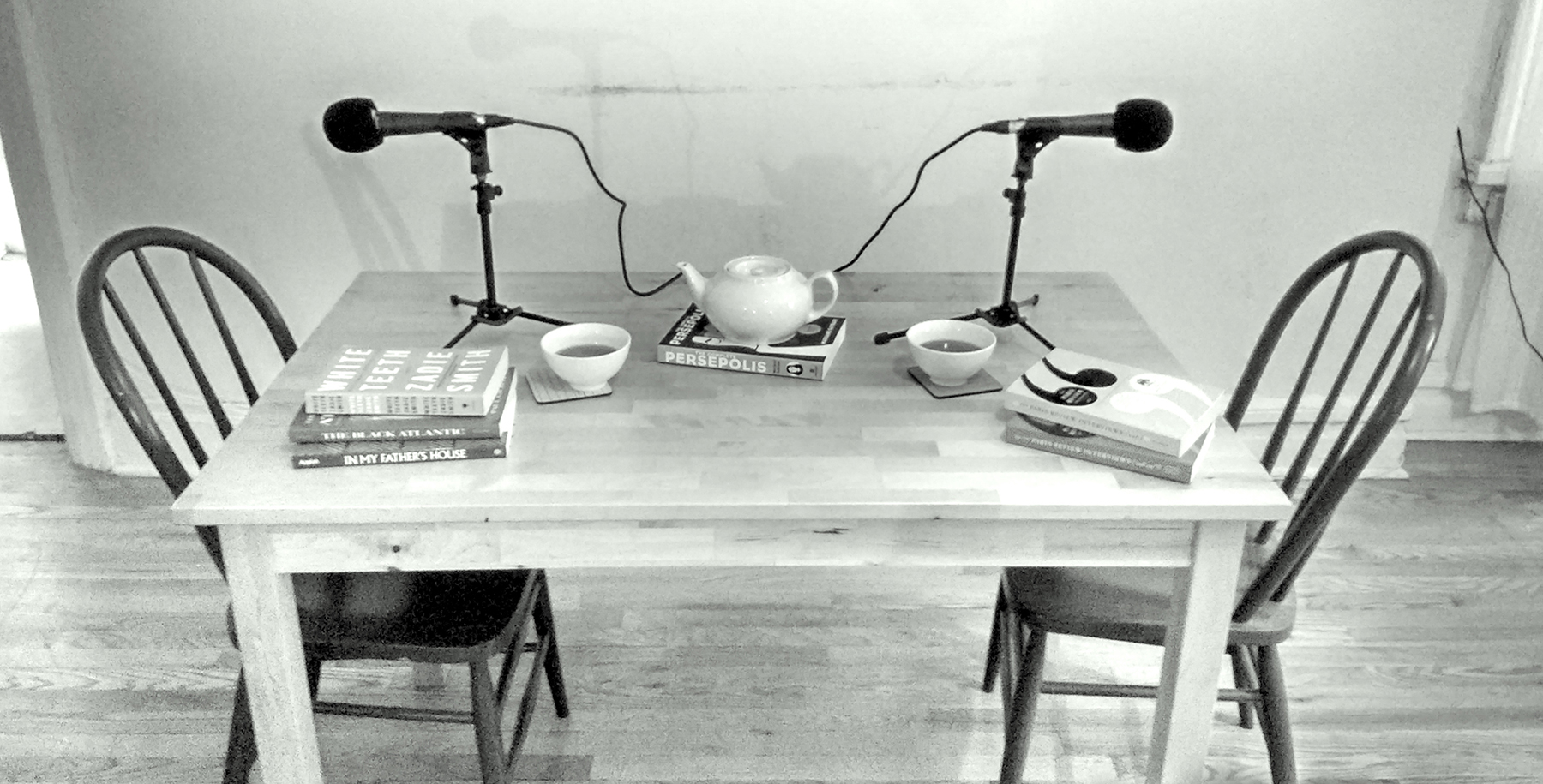 Courtesy of / How to Read Podcast

Each episode of “How to Read” brags this format: a 15-minute conversation between Terlunen and a scholar well-versed in the given episode’s subject.

“This is How to Read.” The episode begins with this simple phrase, coasting over smooth and bright music before diving into the episode’s topic. The music sets the tone for a conversation between the podcast’s  co-founder and host, Milan Terlunen, GSAS ’22, and associate professor Frank Guridy. The topic? Cheerleading. Though the topic may seem deceptively simple, Terlunen and Guridy guide the listener through various topics related to the sport such as Title IX, intersectionality, and exploitation in the sports industry. Even when discussing complex topics, the podcast maintains the tone it sets with the introductory music—warm and friendly.

Each episode of “How to Read,” a podcast created and run by Columbia students, features a 15-minute conversation between Terlunen and a scholar who is well-versed in that given episode’s subject. Covering everything from cheerleading to the policing of reading in Egypt to dancing actresses in Indian films, the podcast offers a variety of content in a format that is both in-depth and easily understood. Started by Terlunen and Jessica Engrebetson, GSAS ’21, the podcast has been providing listeners with easy access to scholarship since 2017.

The format for the conversation was inspired by Terlunen’s own struggle with philosophy. When he discovered the podcast “Philosophy Bites,” which features 15-minute conversations with philosophers, the format stood out to him as something that made scholarship accessible.

“It really helped to make philosophy accessible, make it seem less intimidating, make it also just feel like I could follow the train of thought that people were talking through,” he said. “Then at a certain point, I started thinking, how could you do something like that for literature?”

Initially, Terlunen thought literature seemed at odds with an audio format, and was unsure if the non-visual form of the podcast would work for speaking about books. However, after coming to Columbia, he and Engrebetson began to discuss how the concept could be adapted for other humanities fields.

“It’s not about talking in-depth about the specific language of like a poem or a novel, but much more about the kind of ideas that listeners can take, and then apply in their own lives, apply to other things they’re reading, maybe even apply to things that are not works of literature,” Terlunen said.

According to the podcast’s producer Olivia Branscum, the team is working on accessibility in a very “concrete sense.” This includes making episode transcripts available and thinking about the experience of working with Deaf Studies scholars. Branscum noted that the emphasis on accessibility was driven by the mission to make scholarly topics available to a wider audience, not just those familiar with academia.

“It just was really frustrating that there was this gap between these issues that interest most human beings and finding a way that you can talk about it and feel heard and feel like you can have a voice,” Branscum said.

Keeping the conversation accessible involves specific recording and editing strategies that equip listeners with the necessary tools to understand the topic. For example, Branscum and the undergraduate producers interject during and after conversations to make sure terms are defined. Maintaining a certain mood in the conversation is also an important consideration for the host and producers.

“Part of the goal there actually relates to this question of accessibility and warmth—being able to have a warm rapport with somebody and laugh and tell jokes,” Branscum said.

Though the podcast has consistently aimed to be accessible, the COVID-19 pandemic did create new challenges for production. Some interviews had to be rescheduled or canceled, and the team had to work on adjusting recording to sound like live audio. Though there were many technical shifts, former undergraduate producer Colby King, CC ’22, also described how the events of the last year caused the team to rethink its approach to tackling varying disciplines and inviting diverse voices.

“There were some scholars of color, but there weren’t necessarily that many Black scholars, weren’t as many Latinx scholars. I told them that I really wanted to see more diversity in … the people that we were interviewing,” King said. “We [also] started reaching out to more social scientists, historians, which is something that we haven’t necessarily done before.”

Though Terlunen and Branscum would like to be better about soliciting feedback, hearing from the parent of a 10-year-old or a high school teacher using the podcast in class serves as testimony to the podcast’s accessibility.

“There is a place for sort of general interest, and I hope that the episodes are ones that, even though they’re on very different topics from different disciplines, the same person could listen to a bunch of them and find them all interesting,” Terlunen said.

Undergraduate producer Elinor Roth Hesson, CC ’22, summarized the idea of the podcast’s wide accessibility when asked what she would like readers and listeners to know about the “How to Read” podcast.

“Nothing. The idea is that you wouldn’t need to know anything. You would just sort of need to be interested or curious. And that’s kind of the idea,” she said.

Editor’s note: Former Arts & Entertainment Editor Abby Rooney is an undergraduate producer for “How To Read.”