Bringing West to the Western Canon

Bringing West to the Western Canon 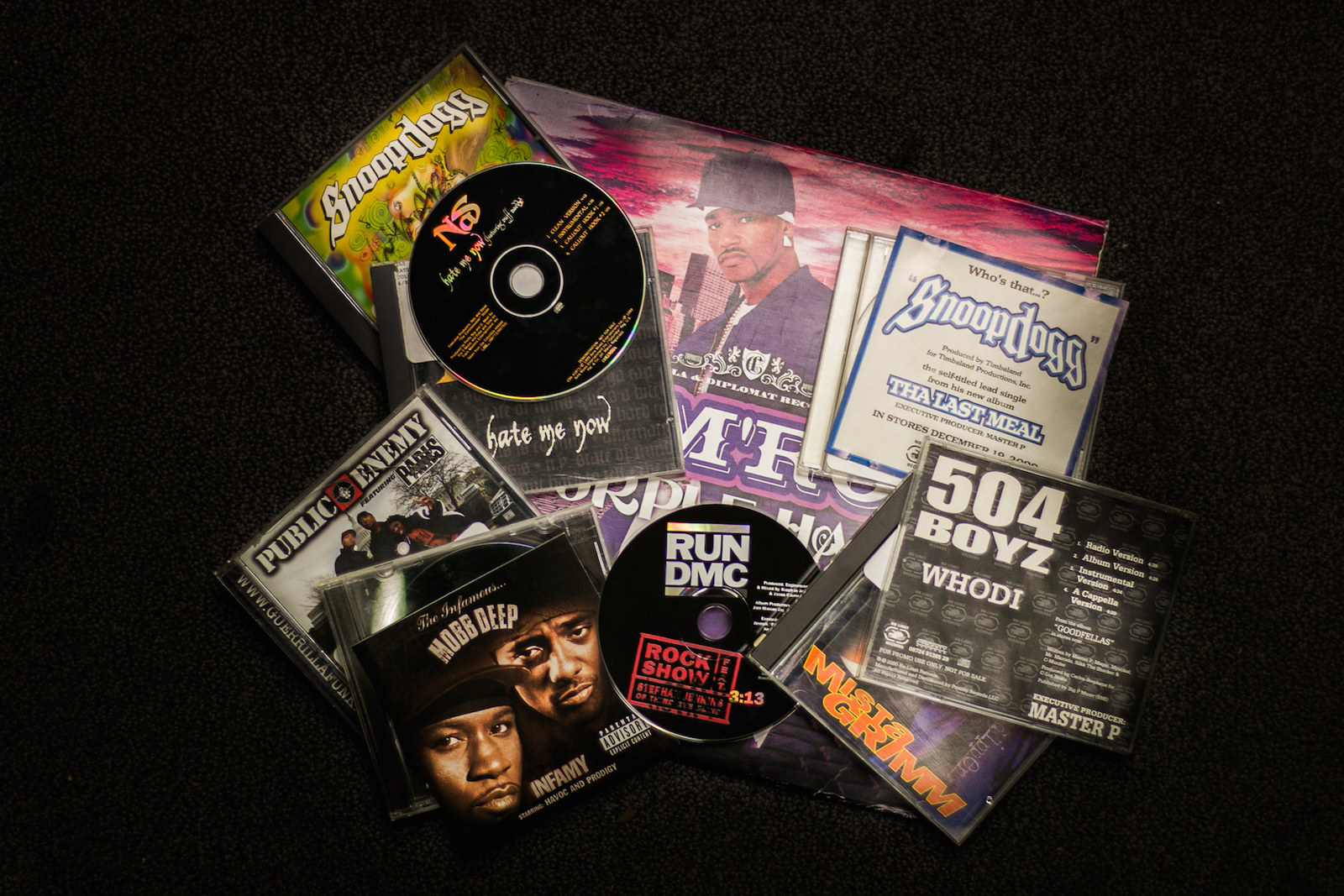 There he was. Staring not at me, but seemingly past me, gaze fixed on some distant, inscrutable object above my shoulder. A man of many names—Yeezy, Konman, Louis Vuitton Don, or simply just Ye—in a music history textbook brimming with the Mozarts, Beethovens, Wagners, and Stravinskys of the world. Yes, Kanye West was staring at me from the pages of A History of Music in Western Culture.

The lack of commentary on Kanye West's picture was downright sad—only a 2 by 4 inch photo and a little two-sentence blurb nondescriptly placed on the top of the page. But despite the fact that West received little attention from the textbook, his photo halted me in my tracks.

Although hip-hop is one of the most beloved genres of music among Columbia students, it—as well as other popular music genres—is usually completely tossed aside from academic music discussion. This negligence occurs despite the fact that students and professors at Columbia say that hip-hop has valuable lessons to teach those who pay attention to it, both on the levels of lyrical message and music. The significance of hip-hop's role in academic discourse comes from its centrality in contemporary American politics and the deep resonance of hip-hop's message with a variety of audiences, particularly at Columbia.

Where the classical music of Mozart or Beethoven may, to current listeners, seem too removed from their daily experiences, hip-hop sticks with students who listen to it on both political and personal levels.

Nelson Gomez, a first-year at the School of Engineering and Applied Science, cites the inherently political nature of hip-hop as the main reason he listens to the genre. Both of his favorite hip-hop artists, West and Kendrick Lamar, produce music that has a political message.

"Kanye West is one of the first rappers to diverge from that pattern of gangster rap and focuses on social commentary; his music focuses on America, his upbringing, and society in general," Gomez says.

Students also emphasize that hip-hop's political messages are not confined to its musical audience: They have the potential to impact larger societal movements. Vivi Hyacinthe, a junior at Columbia College, notes how hip-hop has influenced the Black Lives Matter movement.

"Over the summer, there were anthems for the Black Lives Matter movement coming from Kendrick and Janelle Monáe, which are promoting self-love within the black community," Hyacinthe says. During a protest in Cleveland last summer, student protesters chanted Lamar's lyric, "We gon' be all right," from his latest album, To Pimp a Butterfly.

While the political messages of hip-hop are engaging for some listeners, others are attracted by an element of personal expression in the music. For example, Julio Henriquez, a sophomore at Columbia College, describes the emotional identification with an artist he feels when listening to Drake's music.

"Drake has a contagious confidence about him that allows you to listen to him and feel like Drake is talking about you," he says. "You feel like you are being Drake in that moment."

Gomez and Henriquez are attracted to hip-hop for two different reasons—its political commentary and its ability to express human emotions—but Hyacinthe sees their motivations for listening as complementary, even linked.

"Hip-hop is becoming an intersectionality between music as expressing yourself as well as speaking out against social issues that are definitely a part of living in America."

Hyacinthe's assessment corresponds with Lamar's own reasoning for creating To Pimp a Butterfly. Lamar's personal experiences are inextricably linked with societal problems in the United States. In an interview about the album, Lamar explained that his childhood in Compton, California, meant that social justice issues were deeply ingrained in how he approached his art.

"It's already in your blood because I am Trayvon Martin, you know. I'm all of these kids," Lamar said.

Despite its relevance to students, hip-hop is often not studied at the university level. Instead, the music studied in academia comes from a different sphere—the ivory tower collection of composers.

This is not entirely an accident.

Milton Babbitt, a composer who worked at the Columbia Computer Music Center during the mid-1900s when it was the Columbia-Princeton Electronic Music Center, argued in his treatise, "Who Cares if You Listen," that just as a common person would not understand an advanced physics lecture, they would also not understand or appreciate modern music. Babbitt concluded that modern music must be created at the university level—away from commercial and public pressure—for it to be truly innovative, and that only these works should be seriously studied.

However, some students and professors at Columbia argue that there is intrinsic value to studying music like hip-hop that is not separated from the rest of the world, but instead embedded in it.

Ellie Hisama, a professor in the music department at Columbia who teaches a class called Listening to Hip-Hop, notes that there are innovative modern composers who deviate from traditional standards, producing music that is not isolated from political context. She cites Sky Macklay, a student in the Graduate School of Arts and Sciences, who recently wrote a work for a 17-part mixed chorus called "Sing Their Names."

The song sets to music the names of 51 people of color killed by police in the United States. The names are sung two or three at a time, layered on top of each other, so it is impossible to understand which name is being sung when, representing the invisibility of unheard minority voices. Yet, at the end of the work, Macklay shares a more hopeful perspective: Two names are heard discretely, just as society begins to hear and understand the struggle of minority communities.

If Macklay's song is potentially worthy of thoughtful criticism and academic study, then maybe hip-hop is as well.

Gomez believes that works such as Mackley's demonstrate the lessons that classical music might be able to learn from hip-hop.

"Hip-hop is a form of art like any other type of music and just as worthy of analysis," he writes in an email. "The cultural impact of it is becoming increasingly apparent, so it'd be doing a disservice to the study of music to not even look at it under the lens of, say, contemporary/pop music."

By following Macklay's example of rendering the compositional process relevant to contemporary societal trends, Hisama thinks the ever-present concern over dwindling audience numbers in classical music concerts would be a thing of the past.

"I guess seeing classical music audiences—and this is a real concern of people who run the Metropolitan Opera or Carnegie Hall—tend to be a certain demographic, a certain age group, a certain income level, and tends to be a pretty white audience. They're rightly concerned that they're going the way of newspapers," Hisama says.

Despite its ability to critique societal problems and to express human emotions, hip-hop is rarely studied in academic music courses. Instead, most conservatories and universities fall in line with Babbitt's analysis: "Advanced" music (taken to mean the Western canon from the Middle Ages to the present) is studied and created in music classes. Hisama believes this canon should be expanded to include a wider variety of music.

"I think about it a lot. In 20th century music you often have, if you use the standard textbooks, you have the music with standard notation, but do you have any focus on someone who is canonical in the sense such as Eminem? No. They just are not in those books," she says.

Perhaps the reason for the barring of Eminem from music textbooks is the result of prejudice against the genre of hip-hop on the parts of those who design the curricula.

"There's one camp of older listeners who feel that hip-hop is still in the gangster rap stage, where everyone is talking about money, guns, and bitches, and they think that basically any hip-hop is complete garbage," Gomez observes.

Hyacinthe says the lack of inclusion may also be caused by prejudice against hip-hop listeners, as well as creators.

"There's definitely these outdated stereotypes about people that listen to hip-hop, like, there's sort of racially charged, negative stereotypes, but I want to believe that they're outdated," Hyacinthe explains.

She also expresses frustration with a system that she believes places undue emphasis on Western voices. She references the systematic underrepresentation of minority voices in the standard Western curriculum.

"I hope that one day, canon will recognize the history of civil rights and black culture as inherently tied to hip-hop music. But first, Western canon will have to accept African-American history, as well as the histories and cultures of all underrepresented minorities, as things that are worth teaching," Hyacinthe says.

Like Hyacinthe, Hisama recommends breaking the stereotype against listening to hip-hop or other popular music by bringing it into the classroom, an initiative she personally pursues when she teaches Music Humanities.

"Hip-hop is not generally in Music Humanities; there's a list of pieces you're supposed to listen to and it's not on there," she says.

"When I taught the course, I avoided using the standard textbooks, because I find they have a very limited view of a music history they necessarily want to promote, which is notated, which is largely European, which is largely Western composers, so I try to create my own playlist and have students think about popular music."

Although Hisama believes in the worth of studying popular music, she has not always been allowed to do so at the university and conservatory level.

In a previous job, Hisama recollects, "I had been used to bringing a lot of popular music examples to illustrate things like Neapolitan sixth chords or modal mixture. I was told pretty directly by my boss—and I wasn't tenured at the time—that you shouldn't do that. It should be classical, Western music that is notated." But she does note that Columbia is much more receptive to her strategies.

"I found a lot of freedom at Columbia to teach these other sorts of courses. And I think the hip-hop course has been one that's been fairly popular with students who are taking it."

Hisama believes that it's time to let that man inside the 2 by 4 inch photo into the classroom and bring the college dropout back into college. Welcome to Columbia, Mr. West.