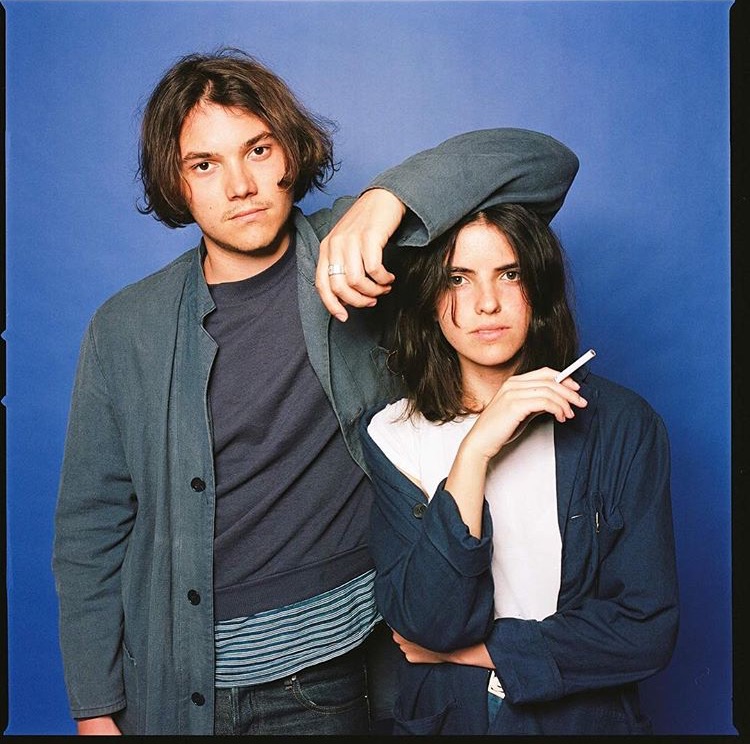 Photo of Jack and Eliza

I type "Jack and Eliza" into the YouTube search bar and click on the first result. At that moment, the lulling harmonies and calming guitar of the duo pipe into my headphones. It serves as a befitting soundtrack for writing a profile about one of the lead singers, Eliza Callahan. I'm drawn to the "White Satin" video in particular. Recognizable Morningside Heights landmarks appear throughout—the Barnard gates, Duane Reade, campus during winter, a light coat of snow dusting the landscape, and the trademark New York scaffolding. As of now, the video has over 26,000 views.

"I've heard it's very '60s-reminiscent," Callahan tells me, reflecting on how people describe her sound. "But there's something very modern or current about it … it's so stripped down—it's kind of choose your own adventure, mentally, where you want to take it, because there's so much space."

Callahan is a senior at Columbia College who manages to balance school with her career as a professional musician, traveling across the country and throughout the world.

She rarely has a moment to spare, but I had the opportunity to catch her on an off day. In addition to pursuing a double major at Columbia, Callahan has a grueling tour schedule. Needless to say, this complicates her life.

“One time, we had to play a festival that lined up exactly with midterms, and I also had mono,” she says with a laugh. “Those sorts of times are definitely difficult.” She certainly puts most midterm horror stories to shame. But she’s remarkably good natured about it all, constantly reminding me the path of a student musician is “worth it.” In the past three years at Columbia, she has had to balance her career as a musician and her life as a student at Columbia, juggling the responsibilities of each.

Along with collaborator Jack Staffen, a senior at NYU, Callahan has been composing and performing all throughout college. While many Columbia students go out on Friday nights, she and Staffen rehearse downtown four times a week and often on the weekends. It's not difficult to imagine the amount of time and energy Callahan puts into her music. Still, she insists, it's no more challenging than holding down an internship or doing work-study at Columbia.

"I'd say the only thing that was kind of a bummer about [music] is that it didn't give me the chance to do as many things as I would have liked to do on campus," she notes. "If you enjoy doing it, then … devoting basically all of your free time to it is really not a burden, but a pleasure."

It shouldn't come as a surprise, then, that Callahan isn't majoring in music.

Instead of pursuing music in a classroom, then, she chose to explore other disciplines. Initially pursuing classics, she is now majoring in visual arts and creative writing. For Callahan, Columbia presents a time to learn from incredible professors in "phenomenal" departments.

Her classes, while not blatantly musical, nonetheless influenced her music. "Really whatever it is that I'm learning or reading—I mean as cheesy as it sounds, it's true—is what you end up writing about," Callahan says.

One class in particular, Feminism and Postmodernism and the Visual Arts: The 1970s and 1980s, shaped her material. Another, within the writing department, helped her to view the art making process as the final product, rather than the outcome. "It changed the way I approach any of my art-making processes and definitely my visual art and writing," she tells me.

The subject material between her interests is fairly distinct. "As far as the music goes, I'd say my writing and my visual art definitely have pretty heavy crossover," she says. "But my music kind of sits in a different place."

I ask her if she sees a difference between Eliza the student and Eliza the musician. She pauses before explaining that for the most part, she does not. She's detail oriented and driven, and she feels that those characteristics apply to academics as well as music. "I feel like I obsess over things," Callahan explains. "And that happens in both."

School poses challenges to Callahan that are more direct than the more abstract one reconciling academic study with her passion for music; the musical pair must balance two very demanding sets of responsibilities, at times choosing to prioritize one over the other. Jack and Eliza's EP, No Wonders, came out in fall 2014. With added success came added pressures. "Our label and management and our booking agent were all begging us to take time off to tour and to support our EP and just focus on our music," she says. "And Jack and I decided not to do that."

Even before signing with their label, the two were resolute to finish college. Callahan reasoned that her opportunity to study here at Columbia was just as important as rising in the music industry. 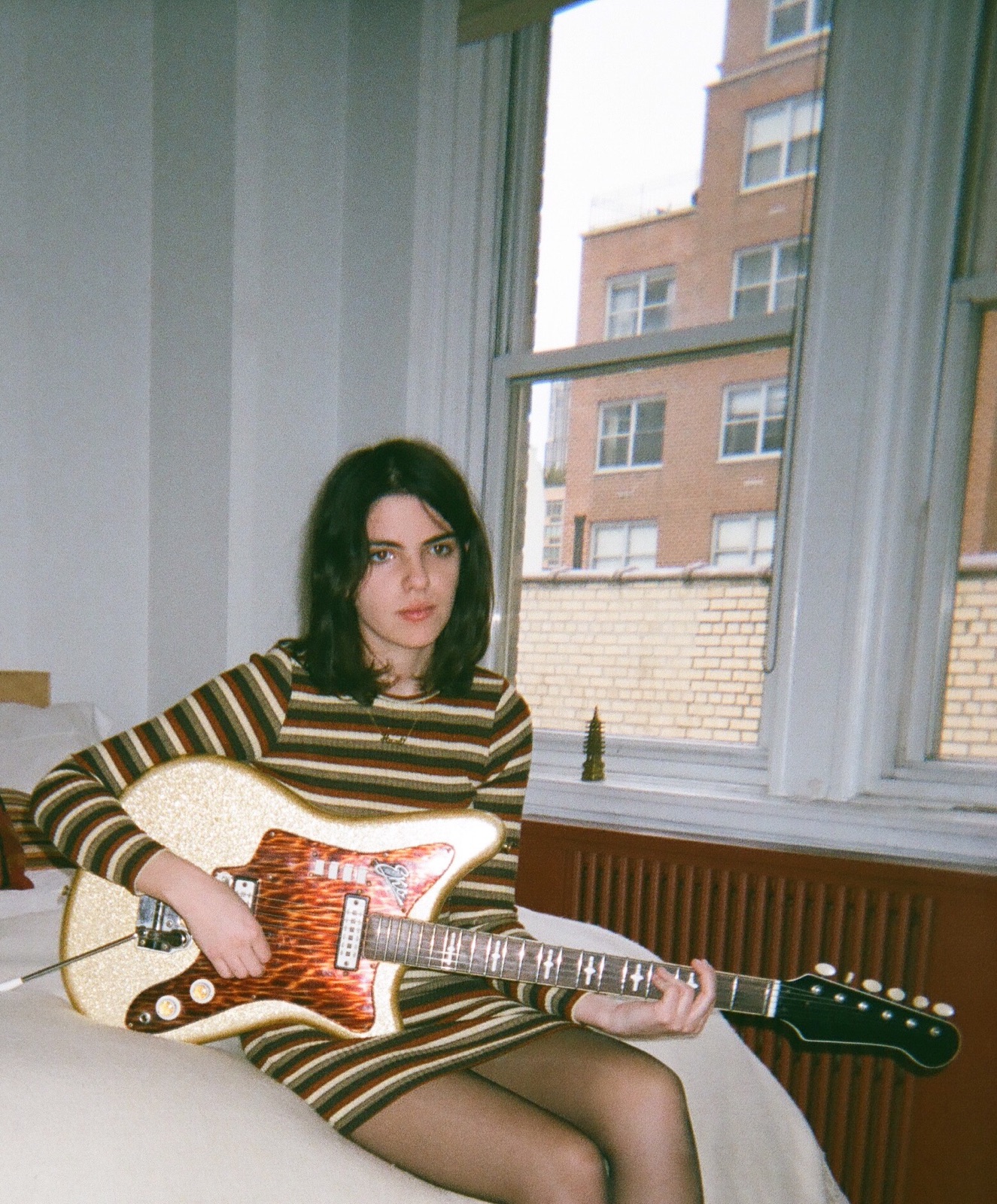 “Ultimately, by turning down all these tours, we ended up having to leave our agency,” Callahan admits. It was a sacrifice, but one that was worth it to Callahan and Staffen, since it meant they got to remain in school.

So much of the music industry is the right sound at the right time, and missing that could prove fatal to any music career. The risk Callahan took in staying in school was a large one. "Maybe at times our schoolwork was compromised and at times our music was compromised because of doing both at once," she says. But there was nothing so detrimental as to deter her from her path.

Indeed, staying in school doesn't seem to have stifled her music much at all. Jack and Eliza have toured the East and West coasts as well as Europe. In fact, Callahan names her West Coast tour as her musical highpoint. She toured with artist Hamilton Leithauser and his band, Rostam. She breaks off the conversation briefly. She's just remembered that Leithauser has a new album, produced by another Columbia alum, Rostam Batmanglij of Vampire Weekend. "A Columbia favorite," she quips.

Touring provides an interesting insight into the differences in music scenes. In New York and LA, their opening acts were sparsely populated.

"In New York, a lot of times people don't show up to the openers because they're doing other things." Callahan recalls being pleasantly surprised at how packed their opening set was in Vancouver. Smaller cities, in general, have been more responsive to openers. "It's interesting, because people buy a ticket in other places and they make a night out of it, they go to the opener, they stay the whole night," she says.

The European music scene, Callahan found, was also quite different from that of New York. "It seemed more like a music-loving atmosphere." Not to say, she quickly clarifies, that the U.S. hadn't been.

Despite the difference in atmosphere between Europe and New York, Callahan appreciates the support she's gotten from the Columbia community. When a tour and a final exam collided, her professor allowed her to take the test early, a kind break from the demands of both academics and music. It certainly helps to see the familiar Columbia blue in performances. "There's definitely always a nice Columbia presence at a lot of the shows," she remarks brightly.

Outside of touring, she’s struck by the level of support and engagement of the band’s fans. “It’s funny, people have sent us full private YouTube videos of them drumming along to our music saying, ‘You need a drummer!’ And others are saying, ‘I love that there’s not drums’ and, ‘It’s so stripped down.’”

Their group, with its two guitars and two vocalists, leaves a lot of room for interpretation. It's difficult to pin down a specific genre for Jack and Eliza, which is evident when you look at its circulation. "We get played on country radio but, we also get played on indie radio," she says. They also get played on "pop-ier" radio stations. "I think people take it their own way, and it's maybe because it's so stripped down that people kind of imagine their own, or put it in it's own place—because it's not giving a specific direction."

With graduation on the horizon, Callahan faces the all too familiar senior future decisions. Eventually, she wants to go to graduate school. For what, exactly, is another question. Visual arts, writing, and art history all hold a special place in her heart.

"I joke with my parents that I want to go to grad school for all three and that I'll be in school forever." I jokingly suggest that she'll complete three Ph.D.s in 12 years. Callahan laughs—"Why not?"

Musically speaking, another project is in the works. “Jack and I are actually working on a side project with another Columbia student, which probably won’t be released into the world until after we all graduate, but that’s a pretty different project—something that is not stripped down, but very full of things going on.” It sounds like a deviation from the music she’s put out in the past.

At least for the first year after graduation, she plans on focusing on her music. "I think I owe it to my music and myself," she tells me, "to give it some time."