Letter from the Editors

Letter from the Editors 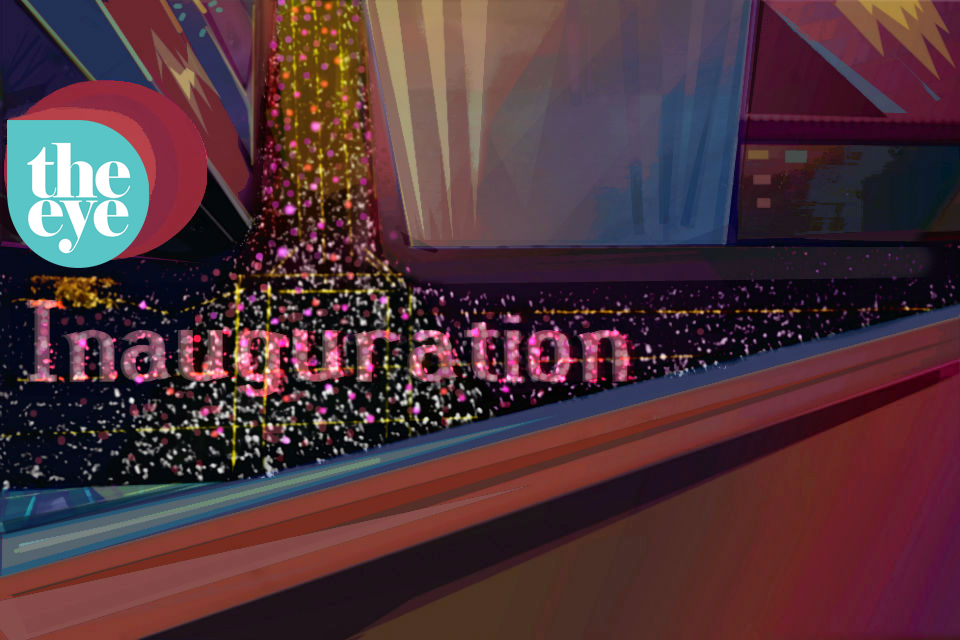 Welcome to the first issue of The Eye: Volume XXII! We've missed you all very much (especially you, Mom!).

Our first issue of 2017 begins where it must, no matter how bleak the start to this semester has been. Nearly two weeks ago, a proto-fascist named Donald Trump was inaugurated as the 45th president of the United States.

Trump's first days in the White House have, justifiably, inspired fear. The past week has challenged all of the democratic checks and balances that our high school government class assured us would never collapse. It's dangerous, it's terrifying, but it's also galvanizing people to call for compassion and resistance.

The big event of the weekend of Trump's inauguration was not the ceremony itself, but what took place the day after—the Women's March on Washington. In "Marching, Together," Molly Miller grapples with protesting as not only being a political demonstration but also serving as a powerful show of social support.

Washington, D.C. wasn't the only city that marched last weekend, of course. People marched the world over, some here in New York. Jesse Chase-Lubitz's InSight provides a sharp look at the people, signs, and atmosphere of the march in our own familiar streets as she reflects on the movement's past history and present divisiveness.

And as the inauguration folded into Trump's actual first week in office, resistance began to manifest itself beyond the streets—in JFK and, just this past day, on Low Steps—to protest his immigration ban, which closed the United States' doors to refugees from seven Muslim-majority countries. Sonia Steinmann spoke to refugees from Syria and Afghanistan about their participation in a burgeoning group of refugees and citizens who swap services online, co-founded by a Columbia student. People exchange everything from boxing lessons to lessons on empathy.

Lyric Bowditch examines the idea of home in her literary essay about coming to terms with being an international American at Columbia. Simple questions like, "Where are you from?" asked during NSOP turn into a longer-than-anticipated talk about her life story.

When anxiety strikes—politically induced or not—many students turn to exercise.. In "Just Run With It: Jogging With Columbia Students," Gavrielle Jacobovitz follows students on their favorite routes, traversing Central Park and Riverside Park. Although invisible, we find a runner community that is very much alive and kicking—between gasps, of course.

But beyond politics and stress culture, pain comes in personal forms. This week's View From Here, written by our magazine's former Head Copy Editor Madeleine Larson, is a poignant and moving introspection of her own silent, personal absorptions of close shock and sadness.

Finally, our special report. As we close Obama's years for good, this piece looks back at the fragmented, at-times conflicting accounts of his time on Columbia's campus. Karen Yuan read pages and pages of biographies detailing our president taking showers at Dodge when his hot water was out or writing love letters pretentiously analyzing T.S. Eliot's The Waste Land like the true Columbia student he is.

Have fun leafing through our first issue, and subscribe to our new weekly newsletter, As We See It!