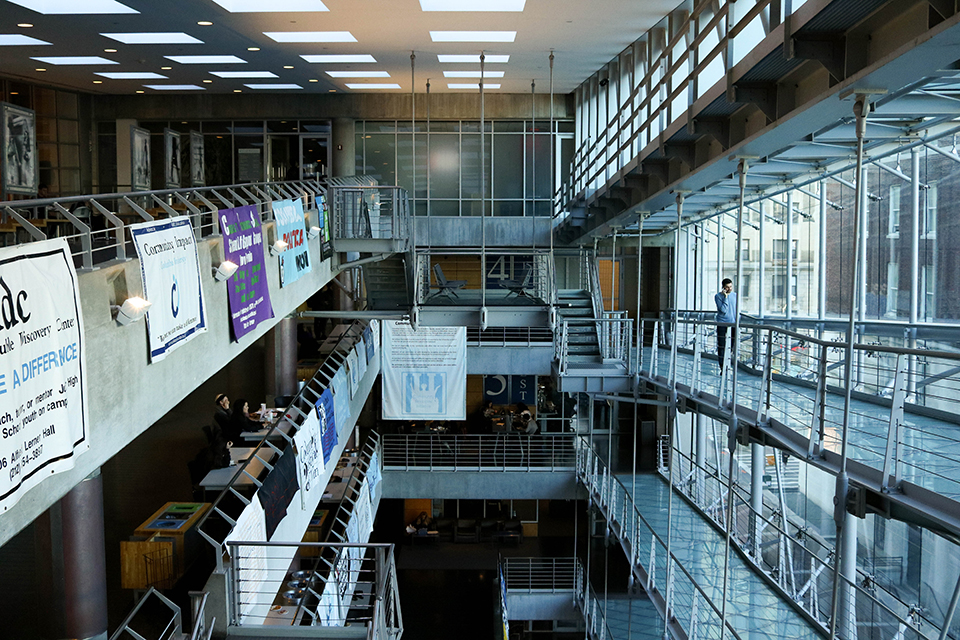 At F@CU, the four undergraduate student councils and six governing boards divided up $1,108,574.00, that will then be distributed to hundreds of student organizations.

Student life fees for both the School of Engineering and Applied Science and Columbia College will increase to cover the rising costs of student groups. However, because Bacchanal is no longer funded as a governing board, the total amount allocated to governing boards is six percent less than last year.

The changes were implemented at this year’s Funding at Columbia University meeting, more commonly known as F@CU, during which the four undergraduate student councils and six governing boards divided up $1,108,574.00, that will then be distributed to hundreds of student organizations. 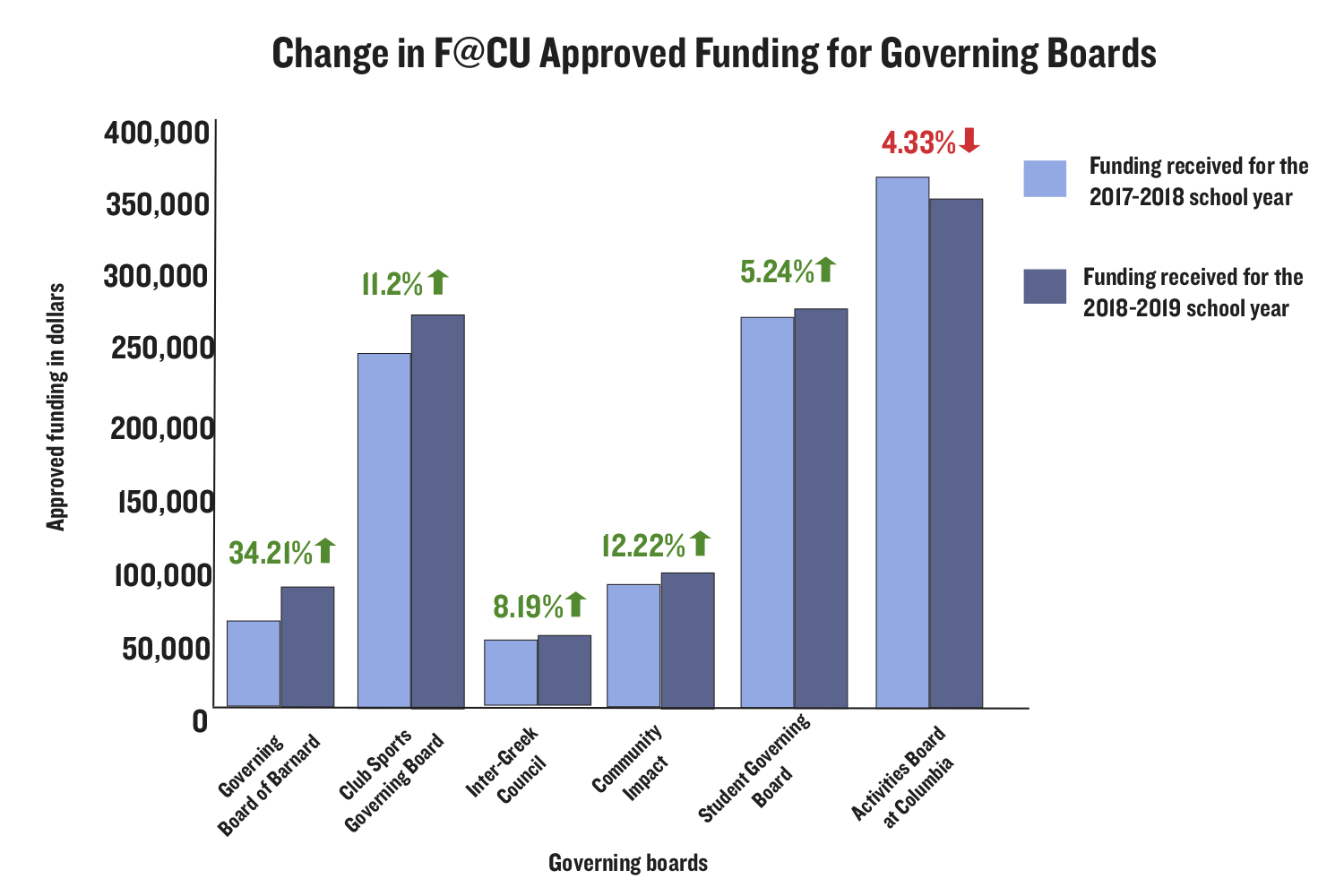 While at previous F@CU meetings members from each student council were solely responsible for budgetary decisions, this year, members of all student governing boards were invited to discuss and vote on every choice. The student activities fee was raised from $226 to $238 for CC and SEAS students, respectively.

In addition, Bacchanal, which was previously funded by F@CU, will no longer be funded through the same allocation process. The concert’s budget will be determined by councils later this year.

F@CU is the annual meeting at which the four undergraduate student councils decide on how to allocate funding. At this year’s meeting, the shortest deliberation in F@CU history—only six hours—over a dozen members representing the six students governing boards alongside the student council members carved up more than $1 million to be used at the discretion of the hundreds of recognized student organizations.

“Governing boards had an equal say at the table,” Resheff said. “[These] were large structural changes that were really intended to streamline the process and make it more collaborative.”

Despite a smoother meeting, however, little was done to prevent an increase in student life fees. CCSC, which historically has contributed more to F@CU than all of the other councils combined, reduced its annual allocation by 24 percent this year, from $690,868 to $523,716, in an effort to mitigate debt that accumulated last semester. Resheff said that in the last four years, CCSC had been enjoying a heavy rollover surplus from previous years, which did not account for the income raised by student activities fees.

The following is a breakdown of how each student governing board fared in the allocation process this year relative to last year:

Activities Board at Columbia

SGB, which governs activist, political, religious, and humanitarian groups, requested $273,000 and was allocated $260,294, a 5.24 percent increase from last year.

CSGB was allocated $270,000, the full amount of its request, which represents an 11.2 percent increase from last year.

CI, a group that provides support for applying to higher education and students in the Harlem and Morningside Heights community, requested $96,645, saying that an increase in community partners required greater funding. The group was allocated $88,996.91, an increase of 12.22 percent from last year.

Governing Board at Barnard

GBB, responsible for governing student organizations at Barnard, requested $77,000 and received $77,482, a 34.21 percent increase from last year. The board saw a large increase in funding due to the rising costs of printing student publications, as well as four newly-recognized clubs that require funding.

The IGC, which governs the Panhellenic Association, Interfraternity Council, and Multicultural Greek Council, requested $42,530.98 and received $42,011.81, a 8.19 percent increase from last year.

Unlike in previous years, Bacchanal will no longer be governed by F@CU and therefore did not request (nor receive) money.