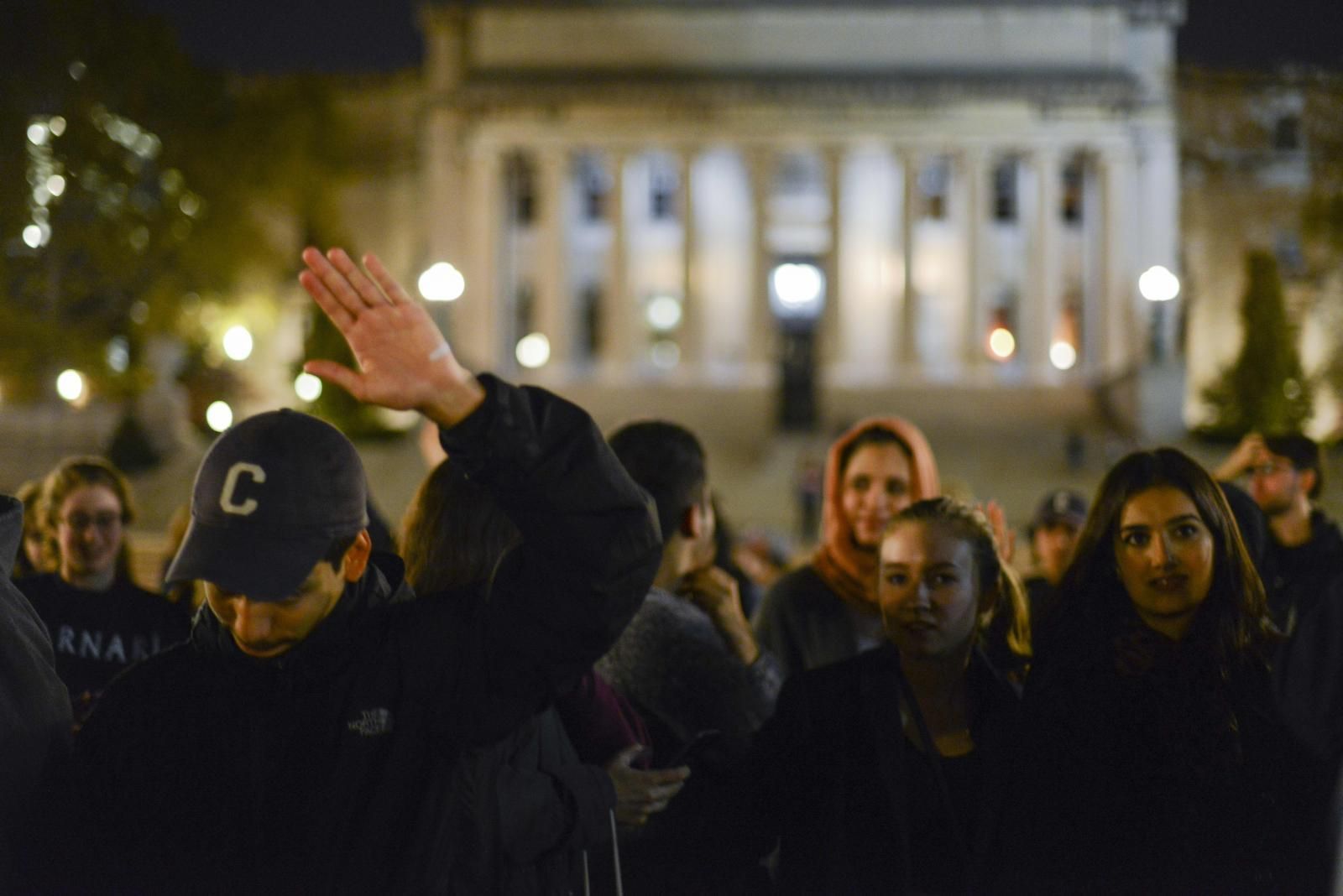 Following the election of Donald Trump as the United States' next president, students at Columbia and Barnard were quick to respond with their thoughts on the outcome.

At around 1 a.m. on Wednesday morning, over 200 students gathered on College Walk to protest the election of Donald Trump. Chants included "Fuck Donald Trump" as students screamed and cried together.

Following requests from the Engineering Student Council, Barnard Student Government Association, and several students, some professors also chose to postpone midterms that had been scheduled for Wednesday in response to student distress.

Barnard students also spoke to what Hillary Clinton’s loss meant to them as female leaders, and how the results of the election impacted their view on women in politics and the glass ceiling.