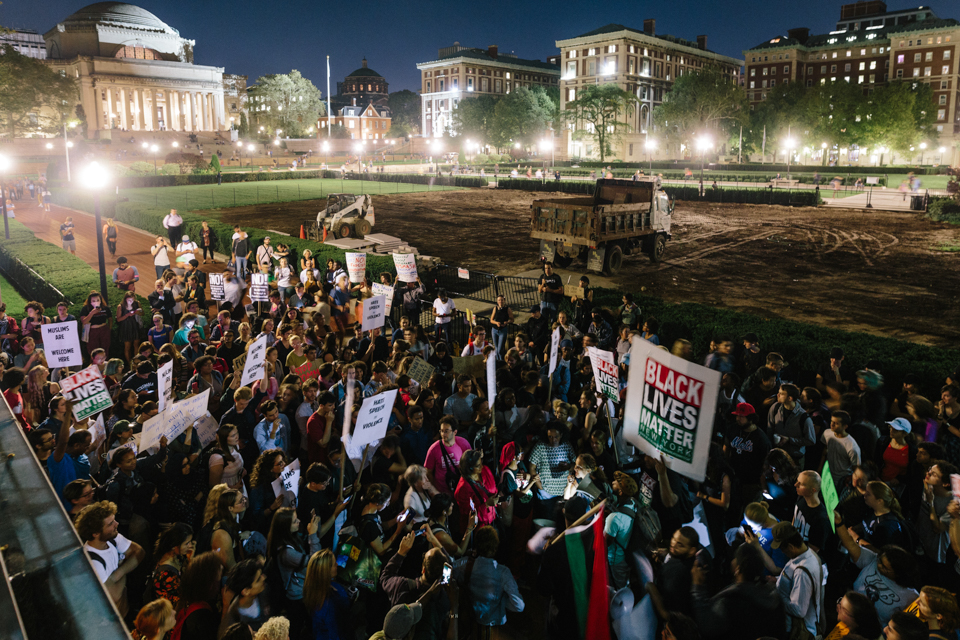 CUCR provoked widespread protest during the fall 2017 semester after inviting white nationalist speakers Mike Cernovich and Tommy Robinson to speak on campus, where hundreds of students and activists came to protest.

After a year of hosting controversial events that sparked significant student backlash, the Columbia University College Republicans have invited more moderate speakers this semester in an effort to engage more of the student body in exploring conservative ideology.

CUCR provoked widespread protest during the fall 2017 semester after inviting white nationalist speakers Mike Cernovich and Tommy Robinson to speak on campus, where hundreds of students and activists came to protest. Both militant anti-fascist group Antifa and police were also present on campus during Cernovich’s talk.

The group announced its first two speakers on Monday: Lawrence Jones, the editor-in-chief of Campus Reform, a conservative news website that focuses on higher education; and Jimmy Kemp, president of the Jack Kemp Foundation, a non-profit organization devoted to former Republican Congressman Jack Kemp’s philosophy of the American Idea— the belief that life in the US includes the possibility of social mobility. Jones will speak on Sept. 25 and Kemp will speak on Oct. 2.

CUCR Director of Public Relations Maggie O’Neil, CC ’19, said that she hopes the group can cultivate a relationship with Kemp in order to garner relationships with similarly positioned members of the Republican Party.

“Jimmy Kemp is going to hopefully be someone who can get us other speakers,” she said. “He has connections, and he’s more of the traditional establishment strain of the party.”

CUCR also plans to hold general body meetings more frequently this year, in contrast to last year when the group primarily hosted guest speakers. O’Neil said that these meetings will provide a space for students to participate in debate and more fully explore and engage with Republican ideas.

However, the group still intends to bring speakers from a variety of conservative backgrounds in an effort to explore all facets of the conservative identity.

“We still do want to engage people of the diversity of opinions because we can’t just be traditional ‘New York Republicans,’ [or] John McCain fans, without the other side reflected, because then we’re just shooting ourselves in the foot,” O’Neil said.