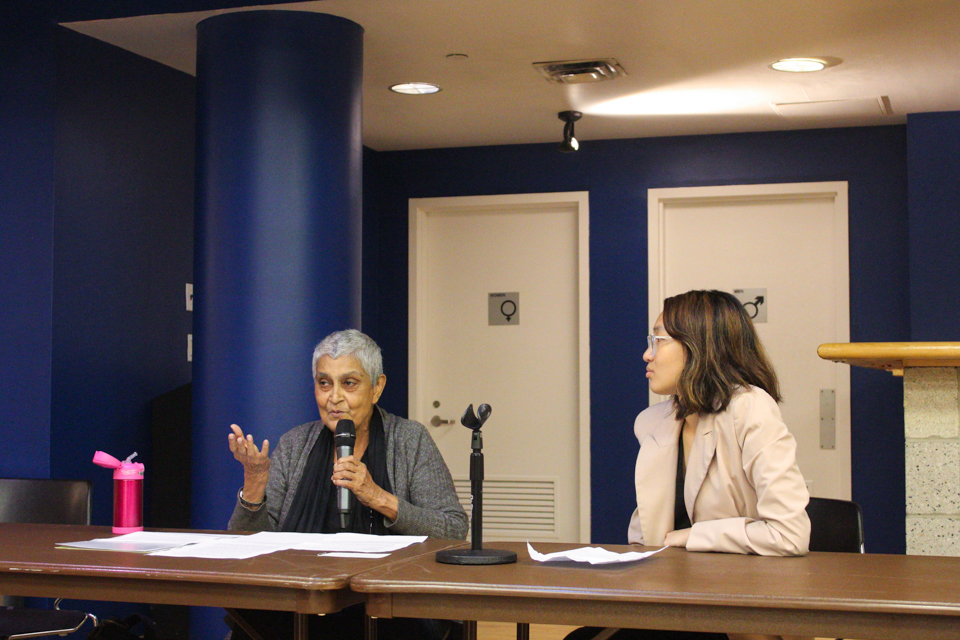 Spivak said that though identity politics “is not something you can avoid,” it is also “not a basis for politics.”

Voting Week, the largest annual political event on campus, aims to foster greater involvement with and discussion of civic engagement and activism throughout the campus community and Morningside Heights. This year’s Voting Week specifically explores the question of identity politics in the years after the 2016 election.

Spivak, a founding member of Columbia’s Institute for Comparative Literature and Society, is a globally renowned critical theorist and postcolonial intellectual. As University Professor, Spivak has been given Columbia’s highest rank that a faculty member can achieve, with purview over the whole University rather than within a single department.

The event, titled “Writers of Identity Politics with Gayatri Spivak,” began with a question from CPU about the importance of identity politics and Spivak’s specific stance on the concept. In response, Spivak stressed the dangers of becoming a “steadfast identitarian,” a side effect that she said originated within American diaspora and occurs when one confuses being proud with being conscious of one’s identity.

She also added that though identity politics “is not something you can avoid,” it is also “not a basis for politics.”

Spivak argued that although identity politics can provide a sense of unity among different diasporas, it neglects the numerous divisions within a diaspora. She warned against the dangers of depending on identity politics in today’s political discourse.

“Don’t remain narcissistically focused on yourself,” she said. “This is a very Eurocentric position to [distinguish between voting and one’s rights versus heritage].”

Later, Spivak spoke on the contradictory nature of democracy and offered advice on how students at Columbia can grapple with this.

“[Democracy] is a double bind that you will have to learn to play,” she said. “All these abstract freedoms guaranteed by democracy can only work if they are bound to a certain issue.”

To cope with this, she urged students not to “fall into the trap” of identity politics or voting blocs, but to instead explore themselves and current issues outside of expectations and traditions.

Spivak ended by encouraging students to branch out of their comfort zones: “Do not follow a set pattern because later generations will diagnose you.”