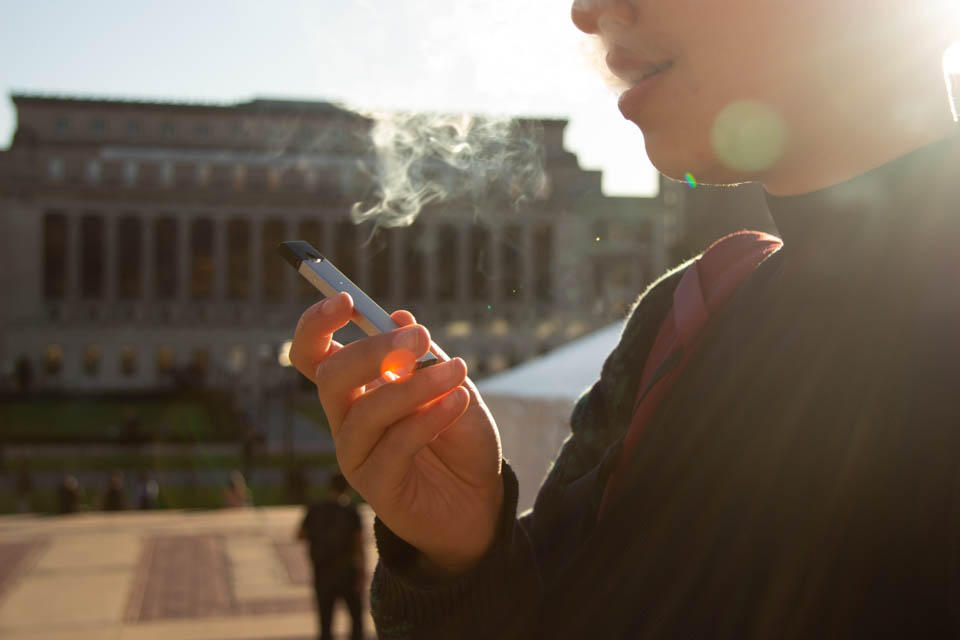 Governor Andrew Cuomo introduced the ban on flavored e-cigarettes in mid-September following national pressure, but the executive order was later repealed by the New York Court of Appeals one day before it was set to take effect on Oct. 4.

Currently, the bill is awaiting a second round of deliberation in the judicial court system, according to the New York Post. However, a similar bill is waiting to be introduced on the New York State Senate floor after being passed by the health committee, according to the Senate website. Other attempts to ban flavored vapes have occurred in the city itself, as well as in other states like Michigan, Montana, and Washington.

Local businesses like Broadway Tobacco House fear that their establishments, already struggling to attract customers, will lose about half of their business if the bill passes.

“Barely anyone comes in here, and if they do come in here, they’re probably regulars,” said Xavier Ford, who works at Smoke Shop and CBD Store & Kratom on 125th Street. “We’ll lose probably 50 percent of business.”

“I’ll lose maybe 60 percent [of sales],” said Farid Mahmoud, who works at the kiosk in front of Lerner Hall, which sells JUULs and other e-cigarette products. “It does affect health, it’s not good for your health. … I personally agree with the ban. We’re laymen, we don’t know the depths of this thing.”

The ban was intended to target the youth vaping epidemic by prohibiting flavored vapes, which are marketed to underage children, according to the bill.

Monica Dula, former chair of the Community Board 9’s health committee, expressed her complete support for the measure, citing documented health effects. Community Board 9 is an advisory body that represents Morningside Heights, among other areas.

She said she was ambivalent toward the potential financial consequences for business owners.

“It’s going to have a negative effect, but they chose to sell this product,” Dula said. “But given the knowledge that we have, now we have to act. College students are at risk, just like they’re targeting children. They’re targeting young people.”

E-cigarettes have been traditionally popularized as a healthier alternative to regular cigarettes and are used by smokers to quit tobacco, which is linked to lung cancer, according to the American Vaping Association. However, health professionals have noted that e-cigarettes are just as addictive as tobacco cigarettes and still detrimental to users’ health due to high amounts of nicotine, which heightens blood pressure and spikes adrenaline, increasing the risk of a heart attack.

Though e-cigarettes have been banned in the city for people under 21 since 2013, the popularization of e-cigarette tools for youths has significantly increased the prevalence of youth smoking. According to the Center for Disease Control, e-cigarette use by high school students increased from 11.7 to 20.8 percent between 2017 and 2018.

Over 1,000 vaping-related illnesses have popped up across the nation this year, including collapsed lungs and damaged airways. Vaping devices have also been perceived as the cause of the recent rise in the level of nicotine addiction among youths, according to Politico.

Elizabeth Ashton, BC ’20, said she thought the efforts to control vaping, as opposed to other substances such as alcohol, are unfounded.

“I think that the conversation is kind of crazy, how [vaping has] been twisted and so severely attacked,” Ashton said. “I don’t think vaping is good for you, but I think you’re an adult who has the right to. And I do think it’s definitely a huge growing problem in the youth community. But the fact that they’re targeting just the flavored situation is just unusual. I think it’s misplaced.”