He's just not that into me

He's just not that into me 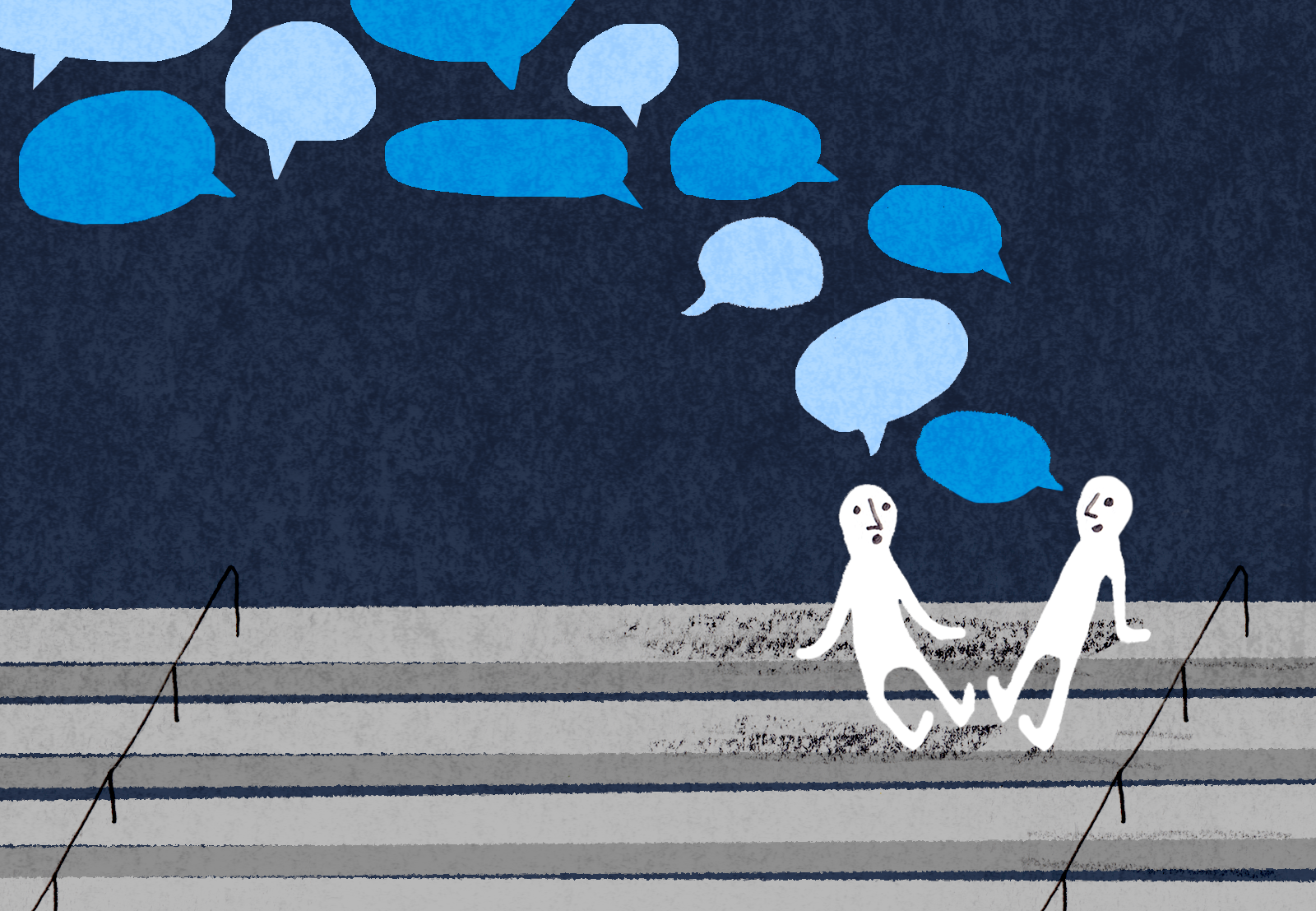 The night I met Tyler, I was wearing a T-shirt that said "GO AWAY" on it. This was three years ago at a party his frat threw during my first year at Barnard, which is your second clue as to why things didn't work out between us. The first clue was that ridiculous shirt.

The crowd at the party was large but scattered, and we found a quiet corner where we could talk. I don't remember what we talked about—and it doesn't matter—but the conversation went on and on. The longer we bantered, the more confident I felt that something exciting was going to happen. My roommate Ellie and I have since coined a term to describe this kind of conversation: going to Bantertown. When I'm talking to somebody this way, I feel visible. I feel I am at the height of my powers. I am not just a resident, I am the mayor of Bantertown.

Most people are straightforward when it comes to showing interest. If a guy wants to see me again after going to Bantertown, he'll ask for my number. He'll text. I know this. But no matter how many times I rent He's Just Not That Into You on iTunes, I can't seem to get it through my head. Instead, I idealize our conversation and decide that he must be interested in seeing me again. Then, fearing that I'm wrong and I'll feel horrible when I'm rejected, I do nothing about it.

Tyler and I talked until long after the crowd had dispersed. I thought this meant that he liked me and was too shy to make a move—that's your third and final clue.

The next morning, I told Ellie what had happened, and the two of us found Tyler on Facebook. It wasn't difficult. In his profile picture, he appeared to be hiking. We deduced that he was active and outdoorsy, a passionate steward of the Earth. In all likelihood, he was perfect, and perfect for me.

"You should friend him," Ellie said. "It sounds like he was flirting with you."

I rolled my eyes. "That's easy for you to say. You're not the one whose dignity is on the line. By friending this man, I could ruin my life." I slammed my laptop shut and launched myself off of my lofted bed. "Nope. No way. Not happening."

That would have been the end of it, but I read a lot of age-inappropriate Harry Potter fan fiction as a preteen, so my ideas about dating and sex are pretty warped. For example, I used to think that attraction and compatibility were requirements for both. Ellie's suggestion that he'd been flirting with me stuck in my mind, and I began to believe that the next time Tyler's frat threw a party, I'd see him there, he'd remember me, and something great would happen, though I wasn't sure what.

When that fateful night finally came, I contemplated all the ways my life was about to change. When would I see him? What would he say? How perfect, how natural would it be to continue our banter from the night we'd met? Or maybe he wouldn't even be there. Maybe he'd dropped out of the frat, or left Columbia altogether.

He was, in fact, guarding the door. I hadn't expected to see him so soon.

He was wearing the same shirt he'd been wearing the night we met. Fortunately, I was not.

His eyes darted away from my face and back again. A crowd was gathering behind me, waiting to be let inside. "I talked to a lot of people at that party," he said. He waved and called out to a boy in the crowd. I wished I were somewhere else, I wished I were a baby or a pair of scissors, anything necessary and small. If I were hotter, I thought, this wouldn't be weird. My friend Paige does stuff like this all the time. "You can go in."

You would think that I'd have learned my lesson from this, but there have been a handful of Tylers throughout my college career. It's always a bit of a shock when I see these crushes around campus—I forget that they're real people, with nap schedules, stressful classes, and inner lives that likely bear little resemblance to the ones I've imagined for them. That, of course, is the problem with idealizing people.

This approach allows me to bypass the emotional risks an actual relationship with an actual, flesh-and-blood person, in all their beautiful, infuriating complexity, would entail. (Imagine caring about somebody. Imagine getting hurt!) This is why my favorite flirting tactic involves maintaining a tomblike silence until we are both dead. Whoever dies first, loses.

My mother thinks I should feel more comfortable making the first move. My friend Inga thinks I need to stay away from STEM majors and boys who can't remember the last time they read a book written by a woman. Ellie says it's a maturity thing. Paige thinks I'm overthinking it. I think I'd rather staple my foot to my forehead than make it clear that I'm interested in someone.

So I meet somebody, and we go to Bantertown. Maybe all we do is talk, maybe not. Often, not always, not even most of the time, I get what I want. Afterward, when I don't hear from him, Ellie suggests he's probably just shy. Paige thinks I should send him a playful emoji—that usually works for her. My other friends recommend ludicrous courses of action like making eye contact with him the next time I see him or downloading Bumble so I can meet someone new. I'm not going to do that. Instead, I start listening to a lot of Liz Phair and wondering whether it's too late to change my entire personality. By wallowing like this, I make it all about me. It's never really been about the boys.

A few months pass, and I do it again. I try to expect nothing. I find it's difficult to expect nothing without concluding that nothing is what I'm worth. But my friends seem to think otherwise, and I'm inclined to agree with them. If they care about me, then I must be doing something right.

Recently, I shared the Tyler story with a friend—someone who didn't know me three years ago—as part of a comprehensive account of my romantic history. There followed a pause as she squinted at me over steepled fingers, thinking. "You know what your problem is?" she said. I nodded my encouragement—I was ready to receive the truth. "You always feel like you need to talk to them first."

And here I'd been thinking that fragile self-esteem was my most pressing problem.

A few months ago, a boy asked me what sort of things I write. It was nearly four o'clock in the morning, chilly for September. We were sitting on Low Steps. I realized that I was mirroring his body language: When he stretched his legs out across the granite steps, so cold they felt wet to the touch, I stretched my legs out, too. He crossed his arms, and I crossed mine. He wasn't looking at me anymore. I realized that all he'd offered was a walk back from his room to my dorm—the polite thing to do, under the circumstances. Sitting down to talk had been my suggestion. For the first time that night, I felt ashamed of what I'd done.

So instead of staying with him and answering his question, I went home. When I woke up, I walked down the hall and knocked on Ellie's door.

The author is a Barnard College senior studying English. If you think this piece is about you, it probably is.