Me, Open for Interpretation

Me, Open for Interpretation 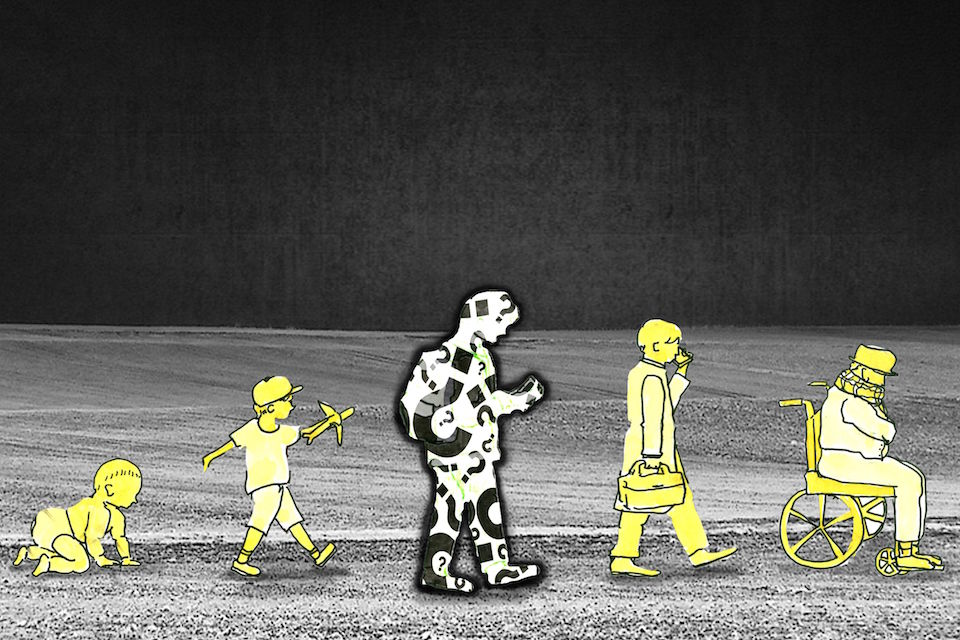 One of the most eye-roll-inducing questions I endure is “What are you?”

I’ve been asked in every which way: “Where are you from? Where are you from-from? What are your parents?” The list goes on and on, as if this crucial information will unlock some hidden truth about me. And while the interviewer may think themself to be some slick detective, their probing for information is as blunt as a shuttlecock to the face.

“What am I?” is a pretty broad question. It could refer to where I was raised, what nationality I am, what my exact recipe is (half a cup of Chinese, a pinch of Russian, and a sprinkle of Austrian), or even what parts of me are of color. I’ve grown used to people identifying “what” people are. Identifying and categorizing gives some people structure and security, and if that’s what they need, then so be it.

But the question “What am I?” holds much larger implications than commonly perceived. The journey of self-discovery has been pondered by philosophers, scholars, and plebeians alike for a very long time. So it’s funny to think about how, with all the knowledge we gain in school and in our lives, so many of us hesitate at the ever-elusive task of identifying the self.

It is a common occurrence in college—the identity crisis. There are many forms of it: feeling like a small fish in a big pond, losing a sense of academic direction, or even having a spur of inspiration to trade in your life’s dream for a completely different major. Often coming to the forefront in college, this insecurity in the self leads to people assigning a huge significance to their identity. But then again, how much does one’s identity really depend on the self?

While your identity is a reflection of who you are and what you do, ultimately it is defined by others. Without other people, there is no one to interpret you. Your race, sexual orientation, or belief will inevitably be interpreted on some level by an observer—and, if you think about it, every little detail is open to interpretation. Whether or not someone is an athlete, in a fraternity or sorority, or majoring in something besides econ perks the ears and gives a different and unexpected perspective of a person. As soon as new intel is discovered about a person, your impression of them changes and they become a different person. That’s the price of individualized identity. We get to invent who we are. However, the true risk doesn’t lie in being categorized but by being seen as the category.

With identity comes a list of stereotypes about your character, tendencies, and likes and dislikes. The reality is that this struggle is rooted in the concept of communities themselves. Having a group of a similar sport, music taste, study, religion, or race allows you to form bonds and establish a place of comfort with like-minded people. However, once you’re solidified in a group, it can feel hard to branch out to other groups which differ from your perceived identity without your loyalty to one group being drawn into question.

There are many old texts I could draw from to discuss this idea. One is King Henry IV part 1, in which Prince Hal is capable of speaking in multiple tongues, both that of the common folk and the royal court. This effectively allows him to exist and thrive in multiple worlds. However, I believe the best example can be drawn from the story of Barry B. Benson, voiced by Jerry Seinfeld in Bee Movie.

In Bee Movie, Barry is faced with the question of what he wants to do with his life. According to the rules of the hive, he can only make this decision once, and his decision will dictate what he does for the rest of his life. Instead of conforming to the hive mentality, he goes on a journey of self-discovery and ends up finding an unorthodox answer to his question. And although the answer he finds contradicts social norms, it's what he wants to do with his life.

As silly as it might seem, Columbia is not unlike the hive from Bee Movie. Have you ever looked at Low Plaza in between periods? It’s a chaotic, well-oiled machine. And in college, everyone is faced with the same question that Barry was: “Who am I going to be for the rest of my life?”

The best answer I can offer is you don’t ever have to choose. I mean, you do have to choose a major if you want to graduate—no getting around that. But what you do, who you are, that’s entirely up to you.

While it can be vexing to be unable to control how you’re seen in the public eye, it's arguably more important to not get caught up in how you see yourself. Being at ease with yourself can be straightforward when you accept the parts of your identity that don’t change.

One day when I was maybe five or six, my mom came home with a book, complete with Chinese paintings and calligraphy, and pictures of China’s great architectural feats. I loved it. I remember being so absorbed by the cool stories and the drawings. I envied the people in that book. I remember telling my mom that I wished I could be Chinese. My mom seemed to find my aspirations amusing, since she started laughing. Then she told me of course I could, because I already was Chinese. It was that easy.

Starting from the big parts, I’ve built who I am. And I will continue building. Sure, there have been setbacks, failures here and there, unfulfilled little dreams, and shifts or doubts in what I wanted. But I’ve always kept building, because I don’t fully know what I am, and I doubt I ever will. However, I do know the big parts, and the rest is still open for interpretation. I know that’s not a very good answer. But it’s my answer. And I think that’s the point.

Jarett Poliner is a sophomore in the School of Engineering and Applied Science studying engineering mechanics and applied math. He is also a member of Columbia’s fencing team. For biannual content, follow him @jarettpoliner on Instagram. Class Half Full runs alternate Mondays.