The problem with discourse

The problem with discourse 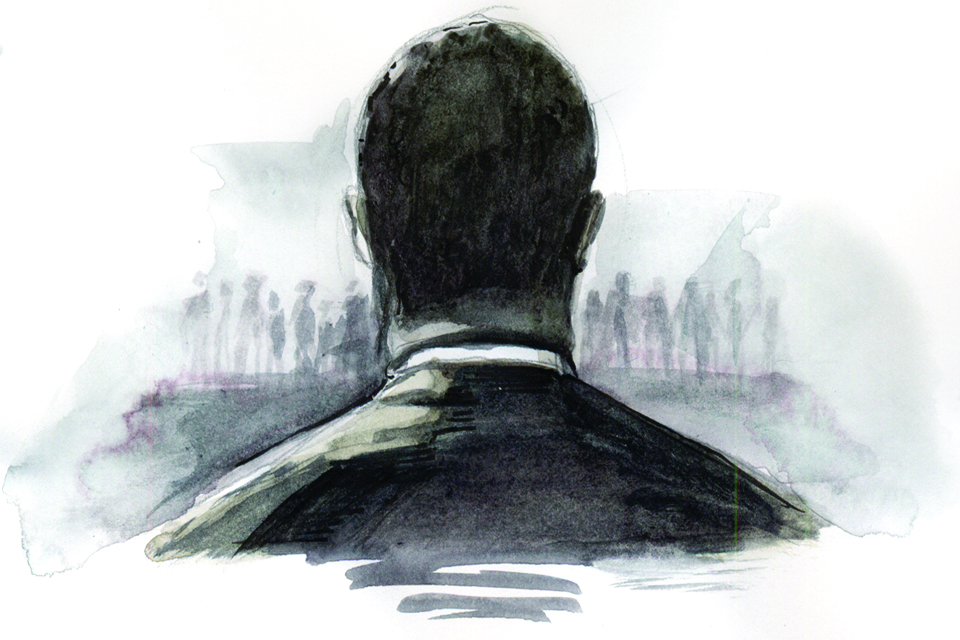 I love to argue. A simple five-minute scan of my Facebook page reveals that I am more than willing to argue the most banal matters into perpetuity. To me, verbal disputes are the best form of nonviolent problem solving. This is due, in no small part, to the fact that society has inculcated me with evolving forms of the belief that “sticks and stones may break my bones, but words will never hurt me.” This adage has helped mediate most of my conversations since birth and currently manifests itself as calls for “civil discourse”.

In light of recent viral altercations—Neo-Nazi Richard Spencer getting punched in the face and rioters at UC Berkeley breaking windows in reaction to Milo Yiannopoulos—I have heard many fellow students exclaim the need for words over fists and stones. Through Facebook statuses and classroom discussions, both well-intentioned liberals and conservatives are condemning the actions of UC Berkeley students as attacks on free speech. They contend that these acts of property damage must be replaced by civil discourse and an old-fashioned free exchange of ideas in an attempt to come to a consensus.

The problem with these cookie-cutter reactions to rioting is that they often completely ignore the limitations of “civil discourse” and the tangible violence that words have created in the United States today.

Calls for discourse seem to imply a type of equal power dynamic that is simply not present in our world today. In a society that gifts disproportionate power to white men, conversations are not created equally. For example, when I, a black male, argue the value of the Black Lives Matter movement with a white male Trump supporter, our conversation does not exist in a vacuum. It exists, rather, in a framework in which white male Trump supporters carry enough political power to control every branch of government while black and brown bodies are constantly being physically attacked.

In a very tangible sense, this civil discourse is an indirect fight for my life. It is a verbal attempt to wrestle power away from my opponent rather than a free exercise towards an objective truth. In this context, it is no wonder why some would rather yell, cry, curse, insult, or dismiss discourse altogether in order to be heard.

When few opportunities for power are available, it is unsurprising that “civility” and discourse may be discarded. Civil rights icon Martin Luther King Jr. understood this when, just three years after the March on Washington, he explained that “the cry of ‘black power’ is, at bottom, a reaction to the reluctance of white power to make the kind of changes necessary to make justice a reality. … I think that we've got to see that a riot is the language of the unheard.”

In this speech, Martin Luther King Jr., a staunch supporter of nonviolence, does what many contemporary critics of rioting are unable to do: He sincerely engages with the reasoning behind riots. King does not rebuke riots wholesale. He does not dismiss the rioters by depicting them as illogical and entitled youth. He does not blame the symptoms for the virus. Instead, he works to understand their rationale and root their actions in the inequities present in our political system.

This is not to say that Martin Luther King Jr. was an advocate for rioting, but, rather, that he was an unflinching advocate for rioters. This is a fundamental difference between calls for nonviolence then versus what can be seen on our campus now. Today, many completely dismiss the actions of rioters by disingenuously quoting Martin Luther King or constructing false equivalence between those who break windows and those whose words can kill thousands. If a broken window incites more national rage than families broken up by Breitbart-style hypernationalism or black folks brutalized by Fox News-induced bigotry, then riots will not stop.

From the point of view of a protester, the only opportunity for their voice to be heard is in the echo of shattering glass. Many would not prefer this outcome. Had UC Berkeley listened when students attempted to explain the tangible violence that Milo and Breitbart induce, perhaps students wouldn’t feel the need to resort to “the language of the unheard.” Columbia students shouldn't see this as a threat, but as a lesson on the limitations of discourse. Maybe if the livelihoods of people of color meant more than physical property, both could be preserved. Maybe if society cared more about the rioters than they did about the rioting, civil discourse could be had.

The author is a senior in Columbia College and an E-board member of Columbia's Black Student Organization.