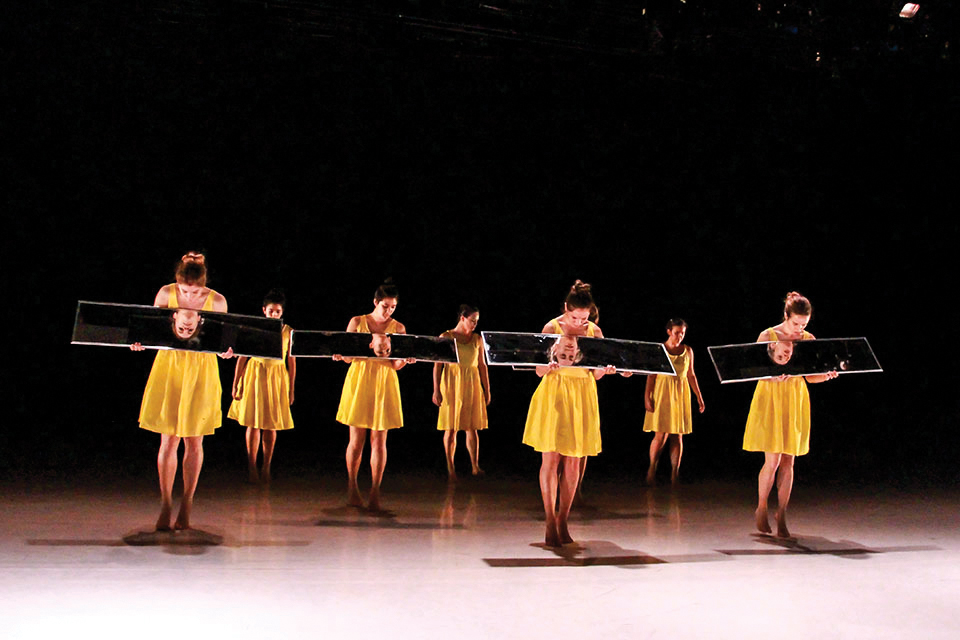 I often find myself wondering if my speed walks between Columbia and Barnard are actually worth the effort. It’s the same stressful routine every Tuesday and Thursday evening: I have class in Schermerhorn Hall, followed by five minutes during which I run to Barnard Hall for dance class, then another 20 minutes to quickly change for my writing class in Philosophy, only to finish the night by running back and being late to my dance rehearsal at Barnard. The best part of it all is that I get fewer than half the credits that I would for other courses with the same time commitment.

A lot of people have asked me why I’m pursuing dance as a possible field of study and subjecting myself to such a stressful schedule. I just jokingly respond that I have plans to be permanently unemployed once I graduate—they laugh, I laugh.

The idea that we will have no career, no money, and no job stability is not a new one for students in visual and performing arts programs. I’m sure many people have encountered it, even if they have not directly fed into the mentality themselves. Before sending me off to Columbia University, my parents explicitly said to me, “Study whatever you like! Just not dance.” They didn’t elaborate, but it was obvious what they were thinking: If I study dance, I will have wasted four years of tuition at the second most expensive university in the United States.

This myth—that the arts are not as valuable as other fields of study—begins in grade school and progresses to institutions of higher learning, including Columbia. Individuals who pursue art degrees are seen as “playing their chances” and, more often than we care to admit, foolish. We are all familiar with the jokes and stigma surrounding the topic, the idea that only science, technology, engineering, and mathematics degrees will get jobs, while graduates with degrees in areas of study like the liberal arts—and to an even greater extent, the visual and performing arts—will end up homeless.

The unspoken bias against arts degrees definitely exists at Columbia both socially and institutionally. Although Columbia is doing relatively well at celebrating and promoting visual and performing arts with organizations such as the Gatsby Student Arts Support Fund and the campus-wide Arts Initiative—in addition to the required Core Curriculum classes of Art Humanities and Music Humanities—one can only wonder: Is it enough?

A logistical concern is that all dance classes have fewer credits than academic courses. The credit system at Columbia is based on the amount of time a class meets each week. Each credit is equal to about one hour of class and two hours of independent work. For dance, however, it’s different. My Modern V class, which met for 2.5 hours each week, was worth one credit. The New York Live Arts rehearsal and performance class that met for six hours a week was worth three credits. This unjust distribution of credits inherently fuels the disparity between the value placed on arts and STEM fields by members of our community. It also subconsciously pushes students away from pursuing arts by making them wonder if it’s really worth it when they could be using the same amount of time for a “pre-professional” course worth up to three times as many credits.

The dance department’s website mentions that approximately 1,200 students take dance classes each week. Perhaps that’s enough affected students for Columbia to take notice. We need to address this general stigma against arts degrees, and there is no better place to start than in our own community. Raising the number of credits given for a performing arts class could lead to more student interest, more funding, and, subsequently, a dismantling of the stigma against arts degrees. It would be the first step towards bridging the socially constructed gap between the academic community and the arts realm, subsequently normalizing an arts career as a valid career choice.

Regardless of how many credits dance classes end up counting for, I’m still going to take them on top of my other work, mainly because dance is what I love to do, but also because I see a future career in it. Hopefully, I won’t have to look back and wonder if running across campus for class was worth it.

The author is a first-year in Columbia College studying neuroscience and dance. He is involved with student performance groups on campus, including Orchesis and Raw Elementz.