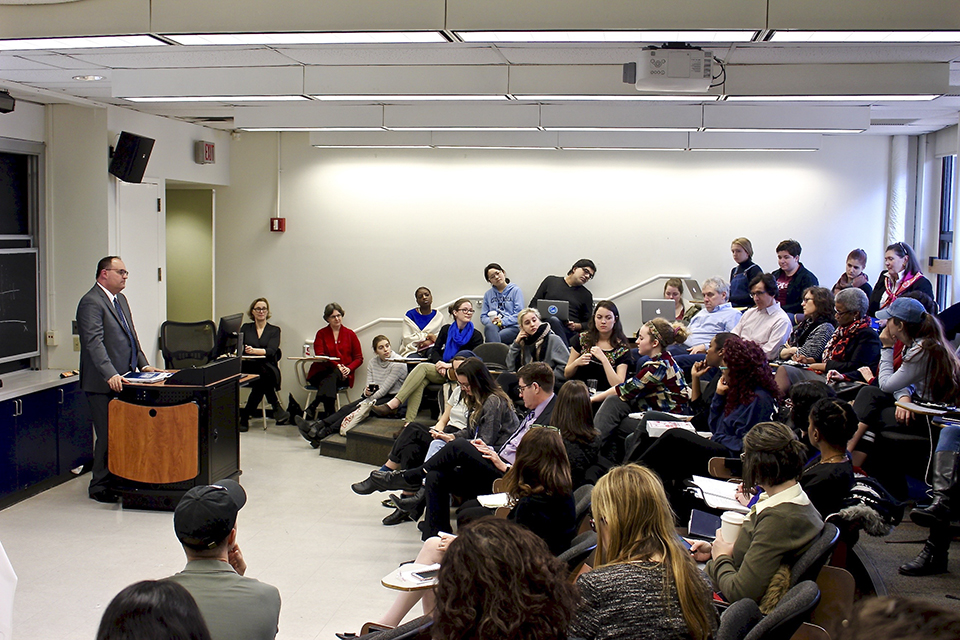 In December 2016, after nine months of painstaking effort involving students, faculty, administrators, and trustees, Barnard’s Presidential Task Force to Examine Divestment submitted its final report to the board of trustees.

The report charts a course for the college that differs substantially from any that has been implemented by other institutions. In particular, the task force has proposed that the college adopt a divestment strategy that is focused on the principle of scientific integrity, a fundamental component of Barnard’s academic mission. Our proposal calls for the creation of meaningful distinctions among fossil fuel producers, with divestment from companies that “deny climate science or otherwise seek to thwart efforts to mitigate the impact of climate change.”

This strategy was vigorously debated by members of the task force and, in the end, received unanimous support. Given the uniqueness of the approach, it is worth taking a moment to explain the reasoning that led us to these recommendations.

It is important that the proposal not be viewed as a compromise between the polar positions of no divestment and full divestment. Far from being a compromise, we believe that it is clearly superior to either alternative for at least three reasons.

First, we believe that full divestment would have a negligible effect on the balance sheets of firms, and hence on their stock prices or costs of capital. It would therefore be a largely symbolic gesture. In contrast, the creation of distinctions among firms provides guidance for consumers, which can affect market shares and profit flows. This provides much stronger incentives for firms to bring their pronouncements and actions into better alignment with the available scientific evidence.

Second, the link between our proposal and our academic mission provides a template for other institutions to adopt. As part of our deliberations, we examined reports from a large number of institutions that have previously considered divestment. Most of these chose not to divest, in many cases because they did not see such actions as being linked to their core mission. Our approach has the potential to lead some of these institutions to reconsider their decisions and to provide an alternative path for others with similar misgivings that have yet to confront the issue.

Third, our approach shines a light on science and evidence at a time when the truth of even the most obvious facts is routinely contested. Climate change can ultimately only be addressed through government action and international coordination. And for this to occur, pressure must be brought to bear on elected representatives by their constituents. We believe that full divestment is less likely to sway voter perceptions than distinctions among firms based on science and evidence.

It is important to note that while the protection of the endowment was a key concern during our deliberations, we do not view our proposal as being easier to implement or less costly than full divestment would have been. On the contrary, full divestment would have been the easier path to take. We rejected it not because of the fear of any special burdens it would impose, but because we firmly believed that we had found a better alternative.