Charles Murray's ideas should be challenged, not accepted

Charles Murray's ideas should be challenged, not accepted 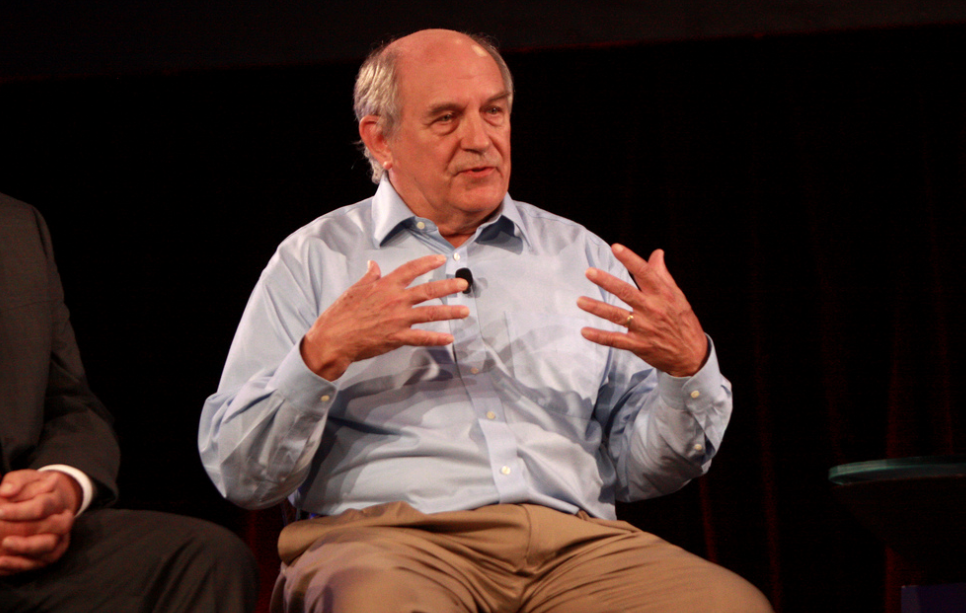 On Thursday, March 23, the Columbia University College Republicans and the Columbia Political Union are hosting the widely discredited right-wing ideologue Charles Murray to speak at Columbia University. According to the Southern Poverty Law Center, Charles Murray is a white supremacist who, as “a fellow at the American Enterprise Institute, has become one of the most influential social scientists in America, using racist pseudoscience and misleading statistics to argue that social inequality is caused by the genetic inferiority of the black and Latino communities, women and the poor.”

We believe that it is a grave disservice to the Columbia University community and beyond that these student groups have opted to invite Murray to spew his racist and discredited ideas in an uncontested and staged format. Instead, we demand that CPU—whose stated mission is to provide a “non-partisan space for open debate and political engagement” on campus—and CUCR turn the event into a debate in which Murray could have his ideas challenged and dissected. The event should provide an open discussion period during which students and other members of the community can not only ask questions but also make their own arguments about the impact of Murray’s ideas.

In 1994, Murray argued in The Bell Curve that non-whites are genetically inferior to whites. His racist theory claims there is scientific proof that blacks and Latinos have lower IQs. Murray’s research was funded by a handful of right-wing organizations and individuals including the neo-Nazi Pioneer Fund, which generously funded Richard Lynn, a man who Murray heavily references in his book and who has claimed that “Evolutionary progress means the extinction of the less competent (non-whites). To think otherwise is mere sentimentality.” Written as a work of scholarship, the book is anything but. Murray’s work, which involves clear manipulation of data, uses a scientific veneer to give an acceptable gloss to bigotry.

In 2012, Murray extended his bigotry to poor whites in Coming Apart, arguing that poor and working-class white people’s increasing impoverishment is a consequence of cultural and genetic degradation. He has argued that most young people lack the “linguistic and logical/mathematical” ability to perform in four-year B.A.-granting programs. Murray has even gone so far as to argue that there is a genetic basis of laziness in poorer people. He has also said that many Black students on college campuses are there because of affirmative action and “‘don’t belong there’ academically.” Murray has also argued that women are significantly inferior to men, arguing that their contributions to such fields as philosophy and mathematics have been negligible. These abhorrent arguments for racial and class superiority are a serious affront to a large portion of Columbia students.

In spite of his bankruptcy as a scholar, Murray’s work has been widely influential for ruling-class politicians looking for a justification to cut aid and support for programs that serve working-class people, and has had a disproportionate impact on communities of color, particularly Black communities.

Murray, as a right-wing ideologue with a veneer of scholarly respectability, is a deeply pernicious character. Although we do not believe the University should be asked to arbitrate what hate speech is and isn’t—since such power could just as easily be used against progressive speakers—Murray’s critical influence on the continued disenfranchisement of many vulnerable communities means his ideas cannot go unchallenged. This is a moment that calls for us to use our right to free speech to challenge the widely discredited, racist, and profoundly elitist ideas of Charles Murray.

The authors are members of Barnard Columbia Socialists.