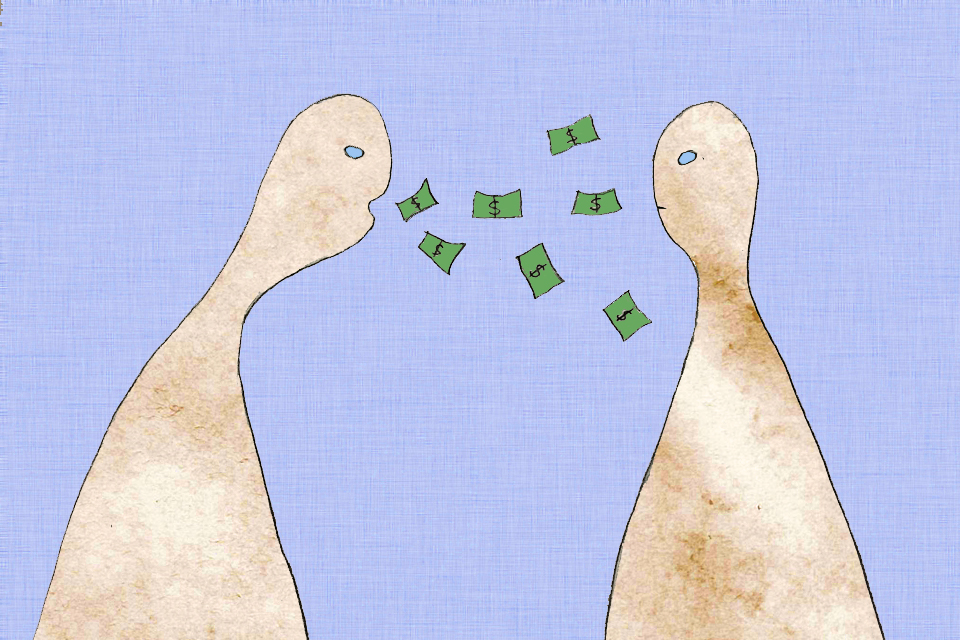 I have missed most of my class registration deadlines at Columbia. Not because I forget my registration appointments, but because most of the time my family and I are still trying to accrue the finances to pay the current semester’s fees. The entire week is a stressful hodgepodge of attempting to remove the hold on registration while getting into the classes I want for the next semester. Most of my friends on campus know that I am on financial aid, but most do not know that this pesky event happens every time registration rolls around.

Columbia is a socioeconomically diverse campus. Sixteen percent of students are Pell Grant awardees, and 50 percent of the student body is on some form of financial aid. But we are also a privileged campus: 13.4 percent of our student body comes from the top one percent in terms of family income, while 21.1 percent of students on campus come from the bottom 60 percent. Despite the representation of different income groups, we rarely talk about issues of class and socioeconomic diversity on campus. Sure, there is always that caveat on the bottom of emails for events that suggests individuals contact organizers if they are concerned about the price. But in our everyday conversations with other students, many of us lack awareness of the realities that low-income students and their families face. This deficiency in the conversation surrounding socioeconomic differences on campus can lead to hurtful remarks and callous assumptions.

I, too, have had my slip-ups on campus. I have asked friends to dinners and, when they refused, have exclaimed, “It’s only a $15 meal!” Although this assumption was never meant to be insidious, one friend later revealed it was hurtful because she could not afford $15 for an off-campus meal at that time. A friend’s professor called these instances “Marxian slips.” He explained, “They are like Freudian slips, except people reveal their class status.” These Marxian slips reveal the income bracket we expect students to be from. These qualifiers assume certain levels of economic comfort that may not exist and that ultimately make students feel ashamed or embarrassed when these assumed realities do not hold true for them. I would often lie and jokingly inform curious friends that I was busy, forgot, and missed another class registration appointment, rather than confess that my family was unable to make the fees on time. Maintaining the assumptions that friends or peers set becomes a Sisyphean task.

It is more than just a numerical reality of not being able to afford Columbia’s hefty tuition fee—it is the stress of making sure you can pay off your loans when you graduate, shame in not being able to keep up with the social life of your friends, and other forms of financial Tetris to make sure you are on budget for the week. I had my own reality check when I realized that for some students, spring break was not an opportunity to relax or travel, but rather to work more hours and earn more money to support themselves at college.

We must strive as a campus to not only engage in conversations surrounding the everyday realities that some students from low-income backgrounds face but also make sure that we do not utilize qualifiers that reinforce our assumptions. Calling $15 or $20 cheap, although seemingly innocuous, strengthens the assumption that every student on this campus has the family background to afford that $15 or $20 meal or that extra drink at 1020. Some students on this campus struggle to afford the textbooks for STEM classes or the fees associated with certain school clubs. There are excellent programs like the First-Generation Low-Income Partnership that help create safe spaces for those who identify as low-income or first generation students. However, this article is not a call for a creation of a new organization, but rather a call on the student body as a whole to begin engaging in honest conversations about class on campus.

The lack of everyday discussion surrounding socioeconomic differences on campus allows assumptions about wealth to go unchecked and the problems that low-income students face at Columbia to go unsolved.

Rekha Kennedy is a senior majoring in political science and Middle Eastern, South Asian, and African studies. Although she has stopped making Marxian slips, she continues to make Freudian slips.You can follow her on Twitter @RekhaKennedy. Rekhannisance runs alternate Tuesdays.